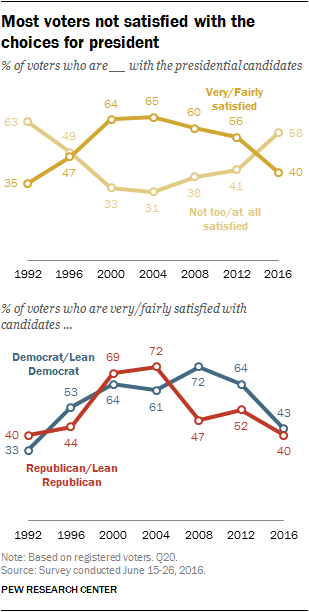 For the first time in more than two decades, a majority of voters express dissatisfaction with their choices for president this fall: Just 40% say they are very or fairly satisfied, while 58% say they are not too or not at all satisfied.

In 2008 and 2012, Democrats registered higher levels of satisfaction than Republicans, while Republicans were more satisfied with the field than Democrats in 2004. 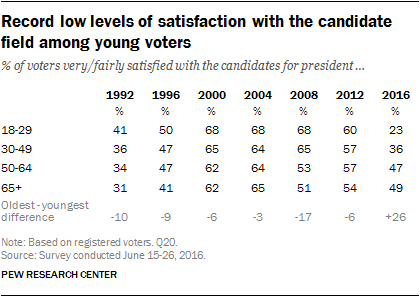 Though those in most age groups are less satisfied with the candidates this year than they have been in the last few elections, this is particularly the case among younger voters. Just 23% of voters under 30 now say they are very or fairly satisfied with the field, down from 60% in 2012, and nearly seven-in-ten (68%) in 2008. 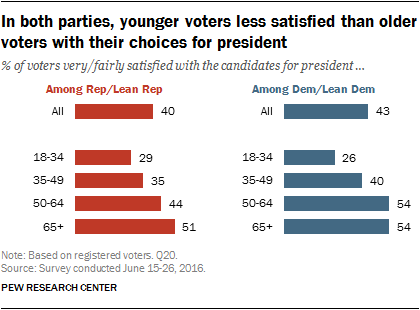 The lower levels of satisfaction among younger voters today are evident within both parties: Just 29% of Republicans and Republican leaners under 35 say they are satisfied with the candidates, compared with 51% of GOP voters 65 and older. The pattern is nearly identical among Democrats: 54% of older voters are satisfied with their choices, compared with just 26% of Democratic voters under 35.

Many Republicans say neither candidate would make a good president 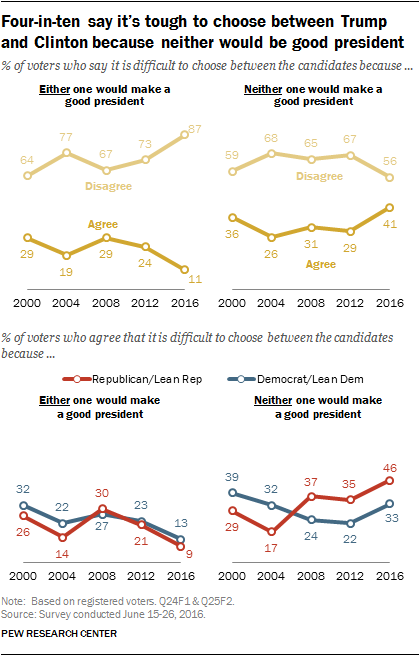 In another indicator of dissatisfaction with the field of candidates, asked if it is difficult to choose between Hillary Clinton and Donald Trump because “either one would make a good president,” just 11% express agreement, a smaller share than at any point in the last 16 years. At the same time, the percentage agreeing with a similar statement that it is a difficult choice because “neither one would make a good president” (41%) is as high as at any point over this period.

Will the parties unite behind Clinton and Trump? 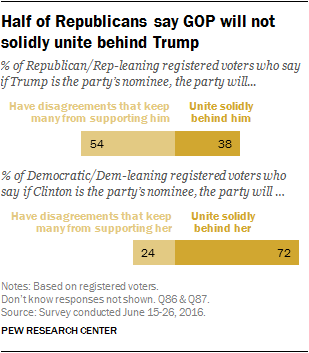 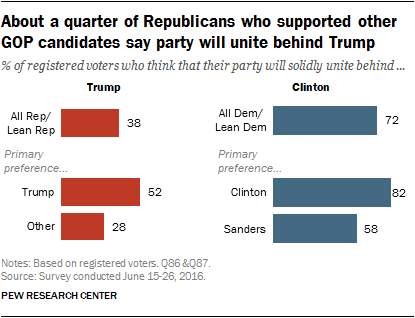