Cases flagged for suspicious survey behavior have a very different demographic profile than nonsuspicious cases, based on respondents’ self-reported characteristics. In particular, respondents flagged for certain suspicious behaviors were quite likely to say they are Hispanic. The baseline rate of respondents in the study self-reporting as Hispanic is 10% (the actual population rate24 is 16%). However, 30% of those giving at least two non sequitur answers, taking the survey multiple times, always saying they approve/favor regardless of what was asked, or saying they currently live outside the U.S. said they were Hispanic. 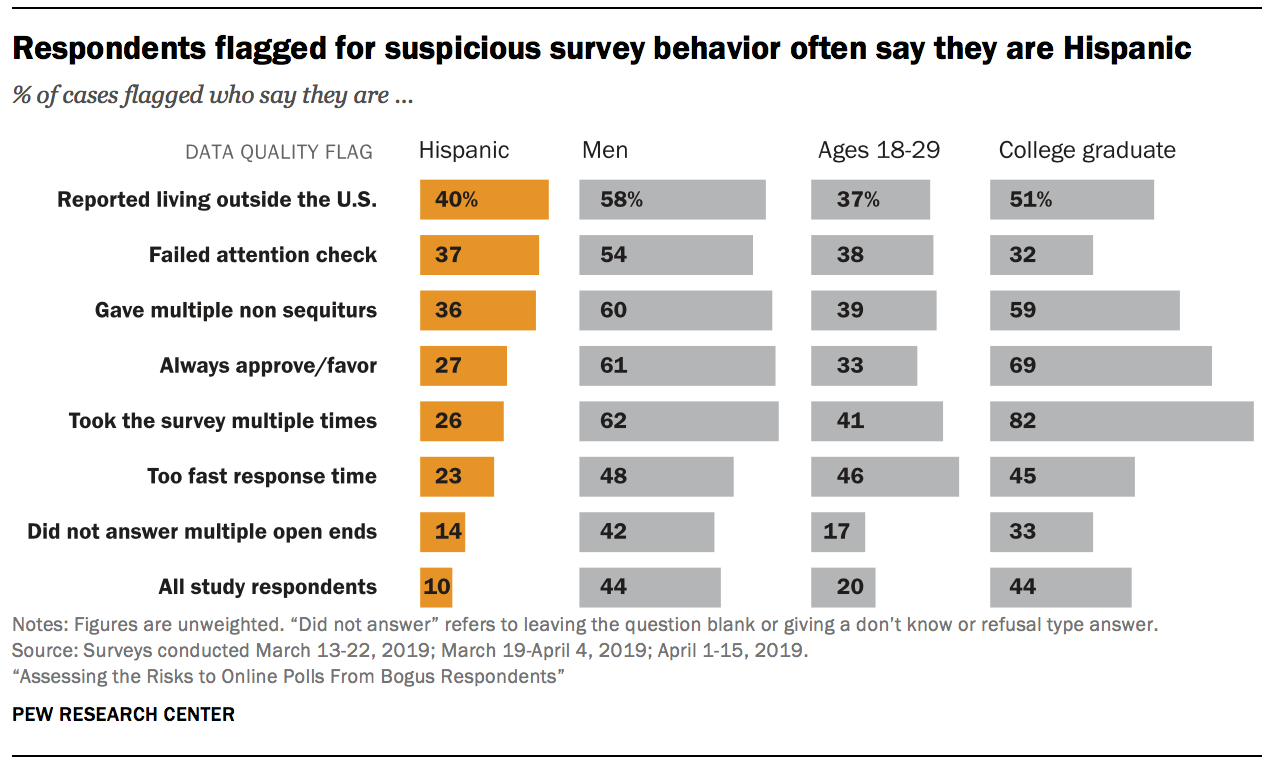 While some share of these suspicious respondents could very well be Hispanic, this rate is likely inflated. Hispanic ethnicity was measured with a stand-alone yes/no question. Therefore, respondents answering at random would be expected to report “yes” at a higher rate than the true incidence.

Relative to the study respondents (and the population) as a whole, cases flagged for suspicious behavior skew male, young and educated. There is no obvious explanation why respondents would misreport those characteristics, but it is difficult to know if they should be taken at face value.

Respondents who decline to answer two or more of the open-ended questions exhibit none of those skews and in general look quite like the overall sample. This result underscores the fact that declining to answer some questions is very different from these other behaviors. 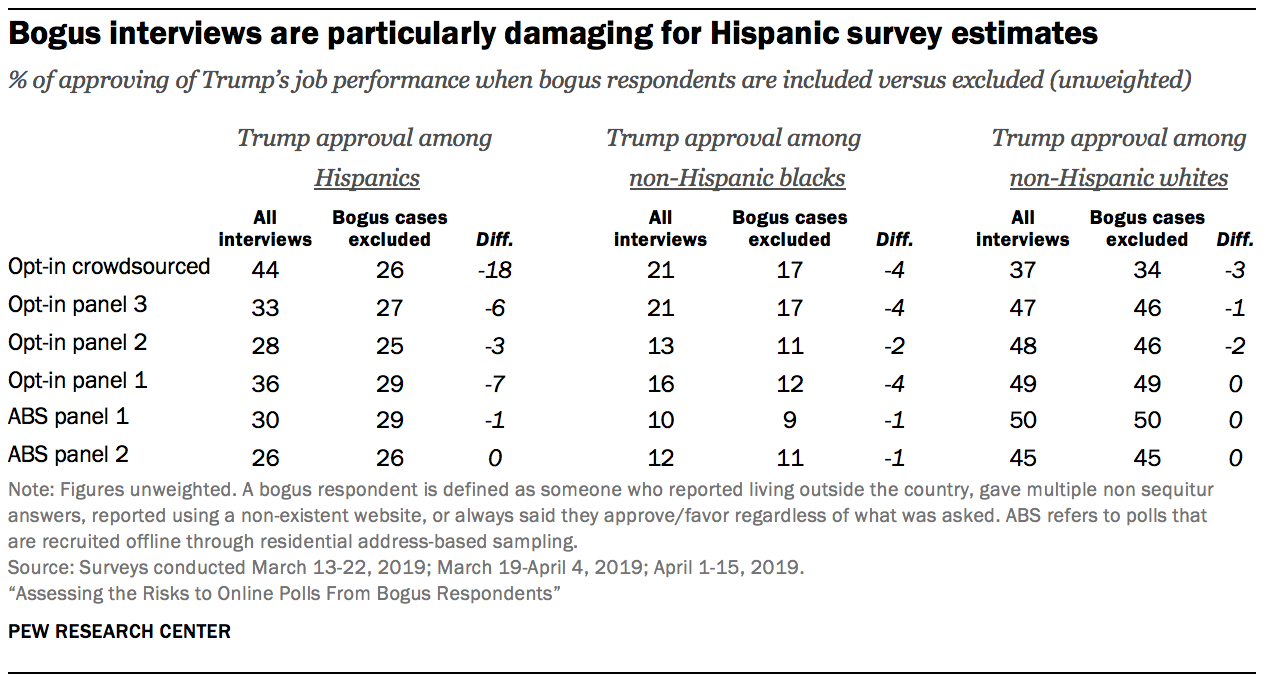 Next: 7. Other tests for attentiveness show mixed results
← Prev Page
Page2Page3Page4Page5Page6You are reading page7Page8Page9Page10Page11Page12
Next Page →

Assessing the Risks to Online Polls From Bogus Respondents 1. Answers that did not match the question were concentrated in opt-in polls 2. Respondents who approve of everything 3. Imperfect metrics of whether respondents live in the U.S. 4. Two common checks fail to catch most bogus cases 5. Bogus respondents bias poll results, not merely add noise
6. Cases tripping flags for bogus data disproportionately say they are Hispanic
7. Other tests for attentiveness show mixed results 8. Results from a follow-up data collection 9. Conclusions Acknowledgements Appendix A: Survey methodology