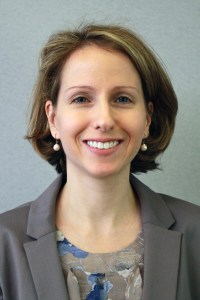 Courtney Kennedy is director of survey research at Pew Research Center. Her team is responsible for the design of the Center’s U.S. surveys and maintenance of the American Trends Panel. Kennedy conducts experimental research to improve the accuracy of public opinion polls. Her research focuses on nonresponse, weighting, modes of administration and sampling frames. Her work has been published in Public Opinion Quarterly, the Journal of Survey Statistics and Methodology and the Journal of Official Statistics. She has served as a co-author on five American Association for Public Opinion Research (AAPOR) task force reports, including chairing the committee that evaluated polling in the 2016 presidential election. Prior to joining Pew Research Center, Kennedy served as vice president of the advanced methods group at Abt SRBI, where she was responsible for designing complex surveys and assessing data quality. She has served as a statistical consultant for the U.S. Census Bureau’s decennial census and panels convened by the National Academies of Science, Engineering, and Medicine. Kennedy has a doctorate from the University of Michigan and a master’s degree from the University of Maryland, both in survey methodology. She received bachelor’s degrees from the University of Michigan in statistics and political science. Kennedy has served as AAPOR standards chair and conference chair.