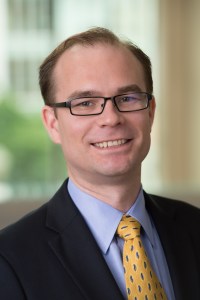 Andrew Merceris a senior research methodologist at Pew Research Center. He is an expert on nonprobability survey methods, survey nonresponse and statistical analysis, and his research focuses on methods of identifying and correcting bias in survey samples, as well as on the use of machine learning for survey data. He leads the Center’s research on nonprobability samples and co-authored several reports and publications on the subject. He has also authored blog posts and analyses making methodological concepts such as margin of error and oversampling accessible to a general audience. Prior to joining the Center, Mercer was a senior survey methodologist at Westat. He received a bachelor’s degree in political science from Carleton College and master’s and doctoral degrees in survey methodology from the University of Maryland. His research has been published in Public Opinion Quarterly and the Journal of Survey Statistics and Methodology.

National polls like the Center’s come within a few percentage points, on average, of benchmarks from high response rate federal surveys.

While the growth of online interviewing is a prominent trend in polling, there is variation within that trend in how researchers recruit respondents. This study finds that sourcing affects data quality.

For Weighting Online Opt-In Samples, What Matters Most?

A growing share of polling is conducted with online opt-in, or nonprobability, samples. This trend has raised some concern within the industry because, while low participation rates pose a challenge for all surveys, the online opt-in variety face additional hurdles.

About a quarter of all officers say they have ever fired their service weapon while on the job. Are some more likely than others to have fired their weapon in the line of duty?

Majorities of police officers say that recent high-profile encounters between black citizens and police have made their jobs riskier and left many officers reluctant to fully carry out some of their duties.

Why 2016 election polls missed their mark

There is a great deal of speculation but no clear answers as to the cause of the disconnect, but there is one point of agreement: Across the board, polls underestimated Trump's level of support.

As oversampling and its possible effect on presidential polls are spotlighted ahead of Election Day, learn more about this practice and how pollsters adjust for it.

Some of the better-known statistical rules of thumb that a smart consumer might think apply in polls are more nuanced than they seem. In other words, as is so often the case in life, it’s complicated.