From national news outlets to public officials to health organizations, Americans are turning to a broad mix of sources for news and information about the coronavirus outbreak. But when asked which source they rely on most, distinctions emerge. And the composition of who relies most on these different sources varies by certain political and demographic characteristics.

The survey asked respondents which of 10 sources or groups of sources they use for news about the coronavirus outbreak, and then following those answers, asked which of these they rely on most for this news. This analysis further examines five that are the primary source for 5% or more of U.S. adults: National news outlets, public health organizations and officials, local news outlets, Donald Trump and the White House coronavirus task force, and state and local elected officials and their offices. (The five groups of sources without sufficient sample sizes to further analyze are international news outlets; friends, family and neighbors; community or neighborhood newsletters or Listservs; online forums or discussion groups; and Joe Biden and his campaign. See Overview for details.) 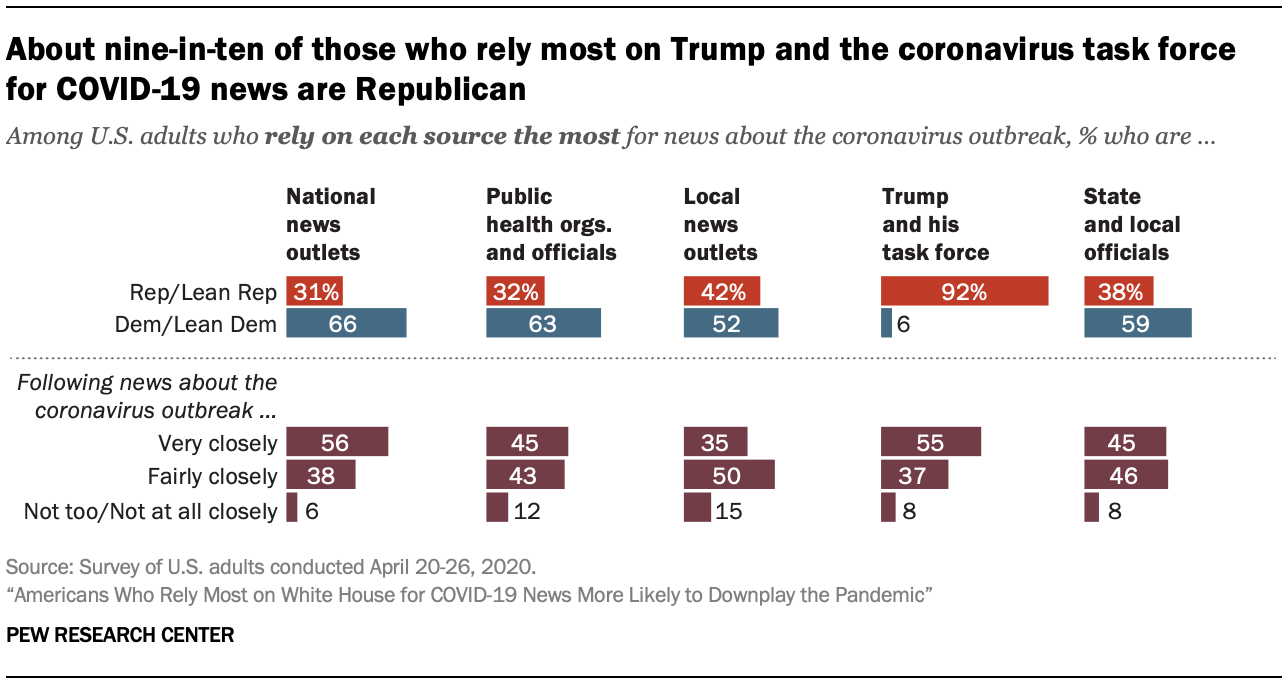 A deeper examination of these groups reveals demographic and political patterns in their composition, some of which are more evident than others.

The most dramatic political divide occurs among those who rely most on Trump and his coronavirus task force. Fully 92% of U.S. adults in this group are Republicans or Republican-leaning independents, while just 6% are Democrats or Democratic leaners. In other words, there are about 15 times as many Republicans as Democrats who say they rely most on Trump and his task force for COVID-19 news. What’s more, 71% of people in this group are self-described conservative Republicans. 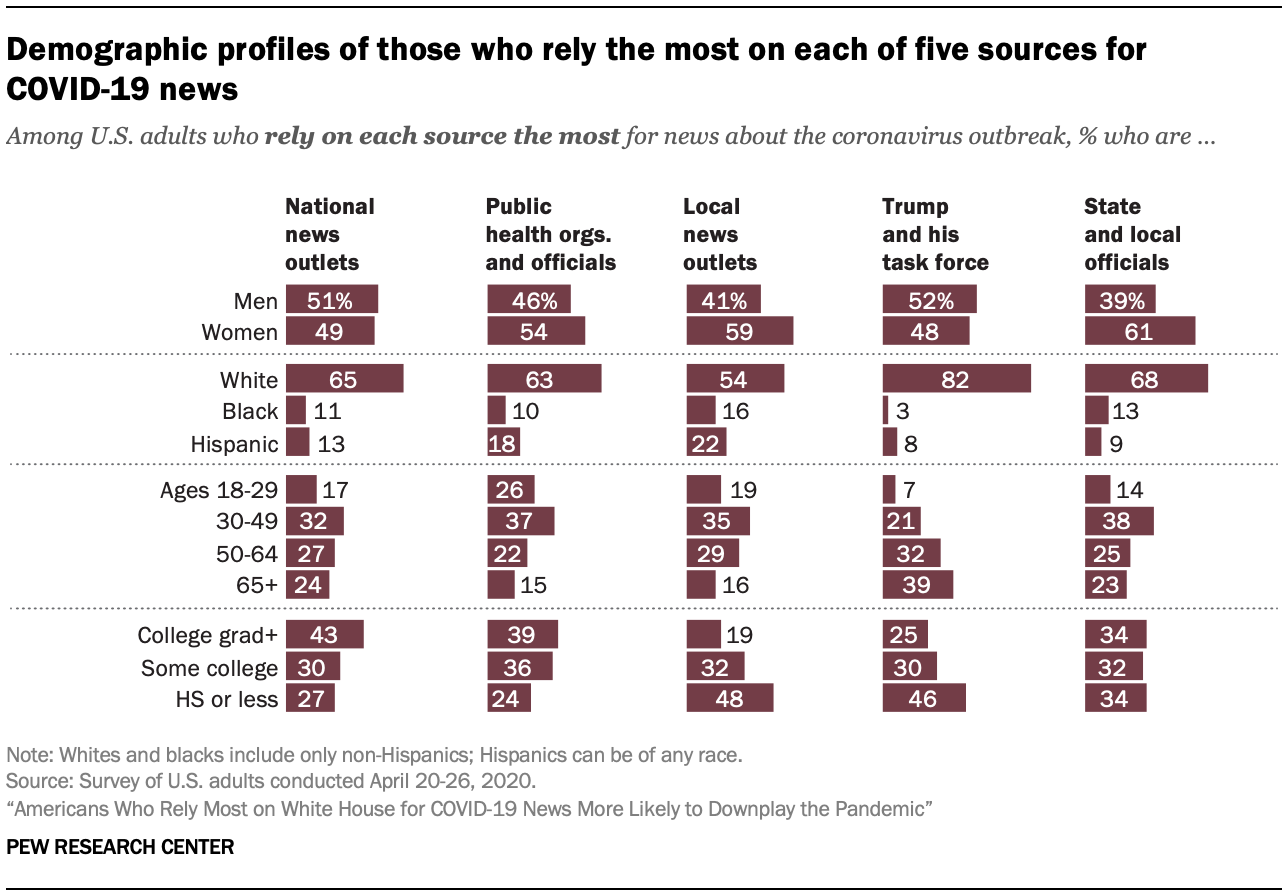 Those who rely most on Trump and the White House task force are more likely than other groups to be older and also more likely to be white and non-Hispanic, which generally aligns with their political makeup and the demographic characteristics of Republicans overall. About four-in-ten (39%) are ages 65 and older, compared with no more than a quarter among the other groups. On the other hand, those who rely on public health organizations and officials are more likely to be young adults (26% in that group are ages 18 to 29).

The group turning mostly to Trump and the task force for coronavirus news also is by far the most likely to be white (82%). The most racially diverse group is those who rely on local news outlets: 45% are nonwhite, which includes about one-in-five (22%) who are Hispanic and 16% who are black.

The groups relying on different outlets vary in their educational attainment as well. Americans who turn most to local news organizations have the lowest share who have a college degree (19%). On the other hand, more than twice as many people who rely most on national news outlets have at least a college degree (43%). A similar share of those who primarily rely on public health organizations and officials (39%) are college graduates.

Next: 2. Americans who rely on Trump for COVID-19 news have the harshest views of media performance by far
← Prev Page
Page1You are reading page2Page3Page4Page5
Next Page →

Americans Who Rely Most on White House for COVID-19 News More Likely to Downplay the Pandemic
1. How Americans’ main sources for COVID-19 news relate to their demographics, politics
2. Americans who rely on Trump for COVID-19 news have the harshest views of media performance by far 3. Some claims about COVID-19 treatments reach certain news groups more than others Acknowledgments