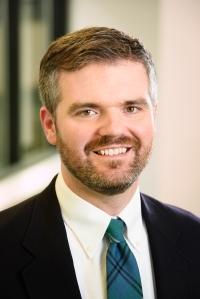 Baxter Oliphant is a senior researcher at Pew Research Center, where he focuses on U.S. politics and policy research including partisan polarization, trust in government, gun policy and U.S. foreign policy. He received doctoral and master’s degrees in politics from Princeton University and holds a bachelor’s degree from Brigham Young University. His dissertation explored the impact of moral judgments on U.S. presidential elections. Before graduate school, he worked in political polling for campaigns and industry groups. Oliphant is a member of the American Association for Public Opinion Research and the American Political Science Association.

There are sizable ideological differences over the most pressing priorities for the U.S. immigration system within each partisan coalition.

Americans’ views of the economy remain negative; most say prices have gotten worse while job availability has improved.

65% of Americans say that people being too easily offended is a major problem; 53% say the same about people saying offensive things to others.

The share of Americans viewing illegal immigration as a ‘very big’ problem has increased.

Democrats are far more likely than Republicans to say prosecuting those who broke in on Jan. 6 is very important and that penalties for them will likely be less severe than they should be.