Data in this report is drawn from the panel wave conducted Nov. 18 to Nov. 29, 2020. A total of 12,648 panelists responded out of 13,568 who were sampled, for a response rate of 93%. This does not include four panelists who were removed from the data due to extremely high rates of refusal or straightlining. The cumulative response rate accounting for nonresponse to the recruitment surveys and attrition is 5%. The break-off rate among panelists who logged on to the survey and completed at least one item is 1%. The margin of sampling error for the full sample of 12,648 respondents is plus or minus 1.5 percentage points. 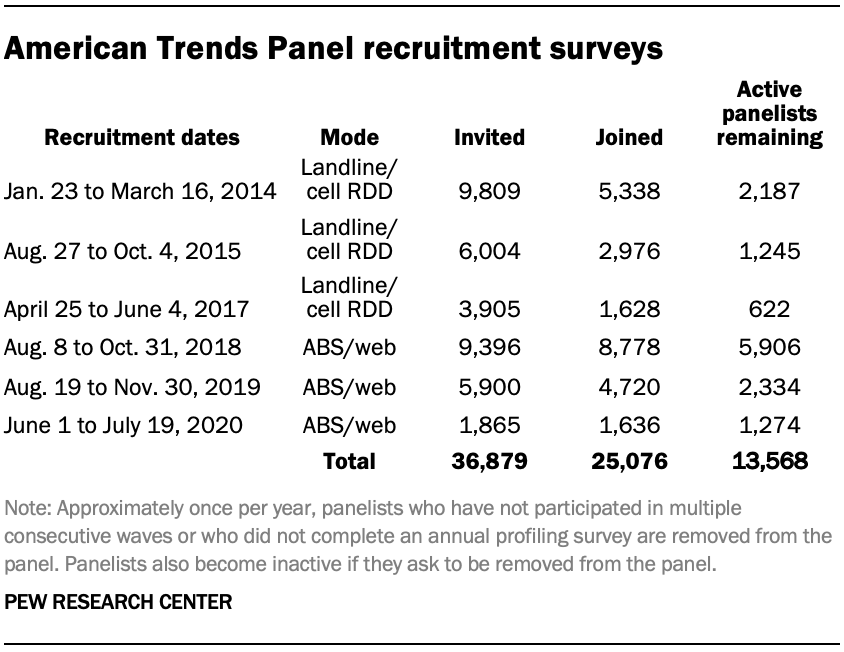 The data collection field period for this survey was Nov. 18 to Nov. 29, 2020. Postcard notifications were mailed to all ATP panelists with a known residential address on Nov. 18, 2020.

On Nov. 18 and Nov. 19, invitations were sent out in two separate launches: Soft Launch and Full Launch. Sixty panelists were included in the soft launch, which began with an initial invitation sent on Nov. 18, 2020. The ATP panelists chosen for the initial soft launch were known responders who had completed previous ATP surveys within one day of receiving their invitation. All remaining English- and Spanish-speaking panelists were included in the full launch and were sent an invitation on Nov. 19, 2020.

To ensure high-quality data, the Center’s researchers performed data quality checks to identify any respondents showing clear patterns of satisficing. This includes checking for very high rates of leaving questions blank, as well as always selecting the first or last answer presented. As a result of this checking, four ATP respondents were removed from the survey dataset prior to weighting and analysis. 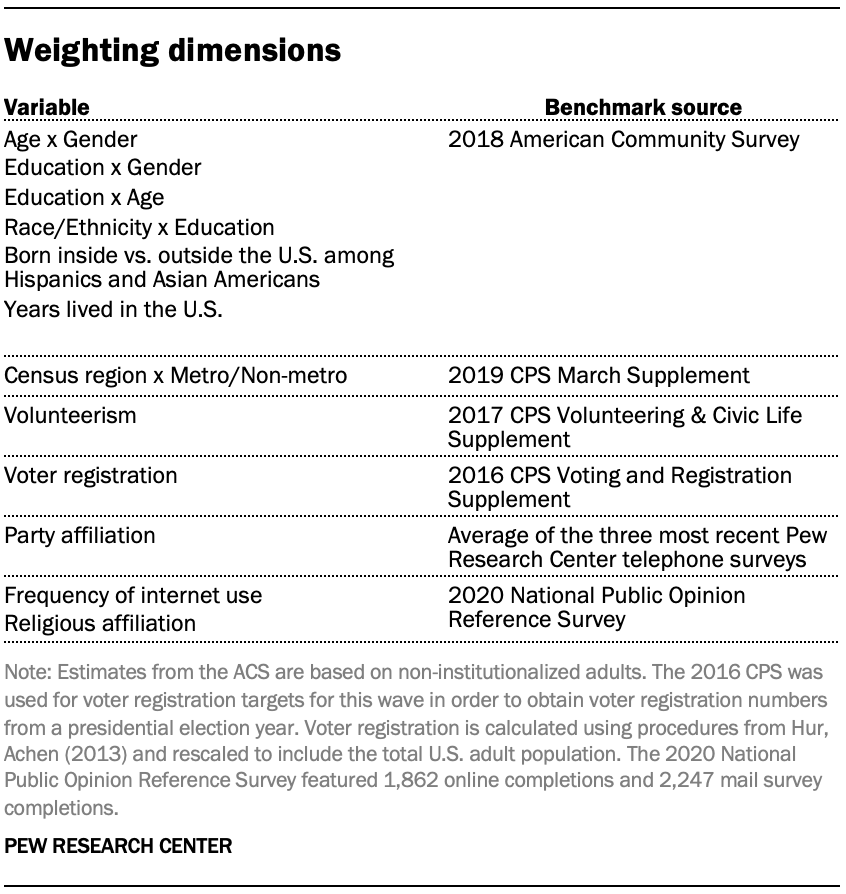 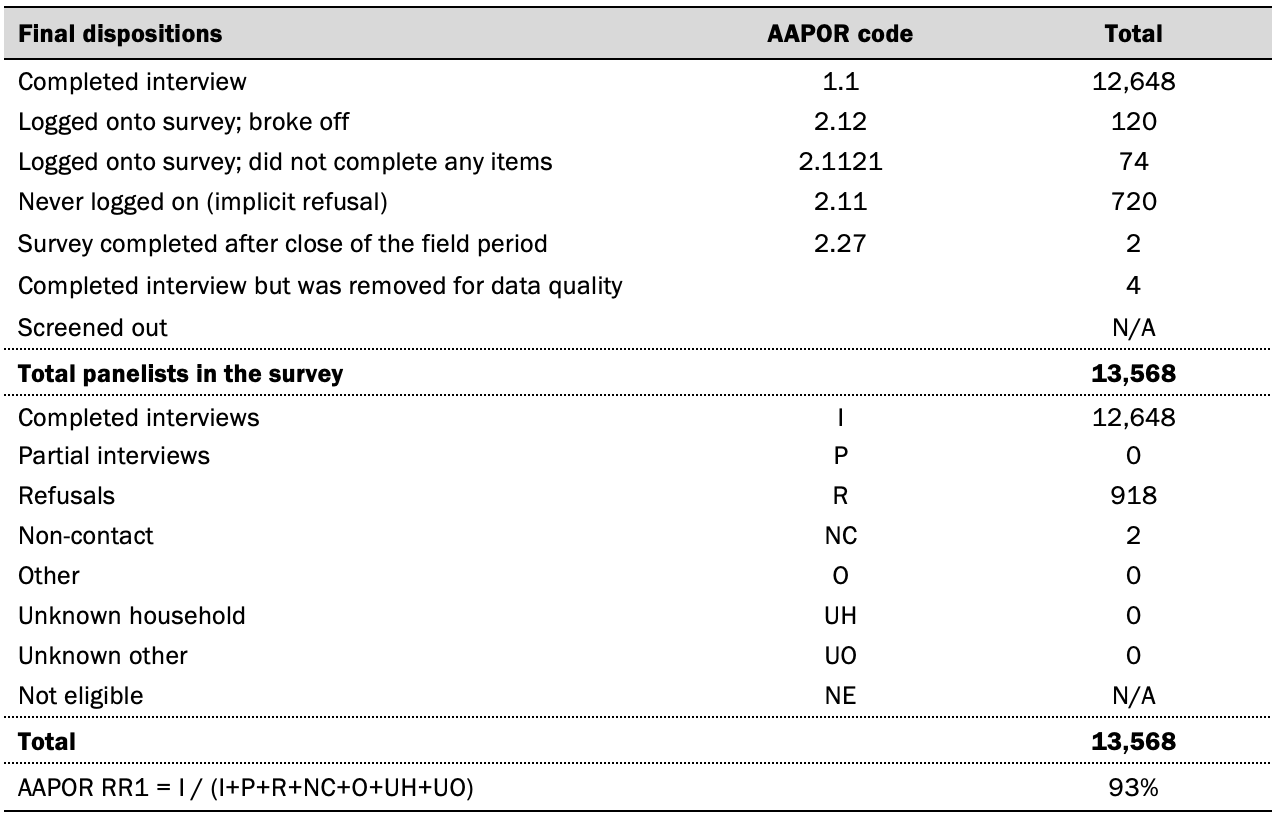 Most Republicans Approve of Trump’s Post-election Messaging, but About a Third Say It Has Been Wrong 1. Partisans disagree on post-election messages from Biden and Trump, attention to voter fraud charges 2. Americans generally approve of their news sources’ election coverage, but Republicans less so than Democrats 3. Concerns about made-up election news are high, and both parties think it is mostly intended to hurt their side 4. Americans’ attention to news about the coronavirus pandemic remains steady in November as cases surge Appendix: Grouping respondents by major news sources
Methodology
The American Trends Panel survey methodology