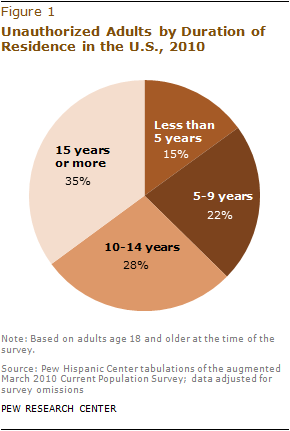 Nearly two-thirds of the 10.2 million unauthorized adult immigrants in the United States have lived in this country for at least 10 years and nearly half are parents of minor children, according to new estimates by the Pew Hispanic Center, a project of the Pew Research Center.

These estimates are based on data from the U.S. Census Bureau’s March 2010 Current Population Survey, augmented with the Center’s analysis of the demographic characteristics of the unauthorized immigrant population using a “residual estimation methodology”1 that the Center has employed for many years.

The characteristics of this population have become a source of renewed interest in the wake of former House Speaker Newt Gingrich’s recent endorsement of a proposal to create a path for unauthorized immigrants to gain legal status if they have lived in the country for a long period of time, have children in the U.S., pay taxes and belong to a church. Several of Gingrich’s opponents for the Republican presidential nomination have criticized the proposal as a form of amnesty that would encourage more immigrants to come to the U.S. illegally.

The share that has been in the country at least 15 years has more than doubled since 2000, when about one-in-six (16%) unauthorized adult immigrants had lived here for that duration. By the same token, the share of unauthorized adult immigrants who have lived in the country for less than five years has fallen by half during this period—from 32% in 2000 to 15% in 2010.

The rising share of unauthorized immigrants who have been in the U.S. for a long duration reflects the fact that the sharpest growth in this population occurred during the late 1990s and early 2000s—and that the inflow has slowed down significantly in recent years, as the U.S. economy has sputtered and border enforcement has tightened. It also reflects the fact that relatively few long-duration unauthorized immigrants have returned to their countries of origin. 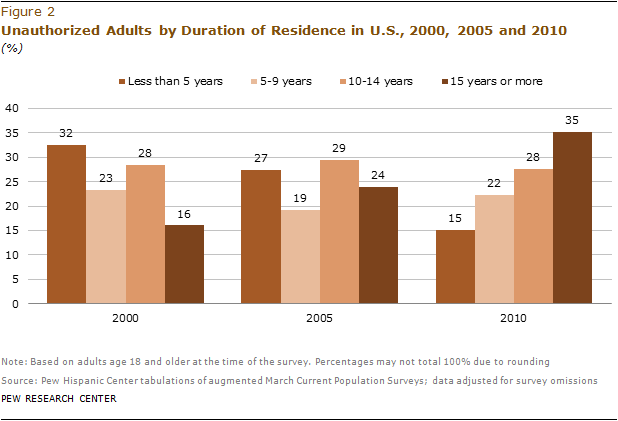 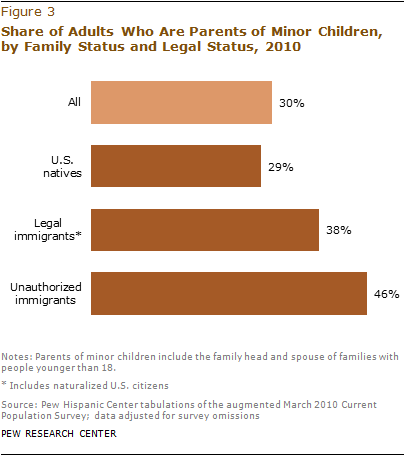 The decrease has occurred in part because of reduced flows into the U.S. among Mexicans, who constitute 58%—or 6.5 million—of the unauthorized immigrant population. About 150,000 unauthorized immigrants from Mexico came annually to the U.S. from March 2007 to March 2009, down 70% from the annual rates during the first half of the decade. As for outflow, the number of Mexican migrants who voluntarily return to Mexico has stayed somewhat steady, but removals (deportations) are on the rise. There were almost 390,000 removals (deportations) in fiscal 2010, or more than twice as many as in 2000, according to the Department of Homeland Security. About 73% of deportees in 2010 originally came from Mexico. 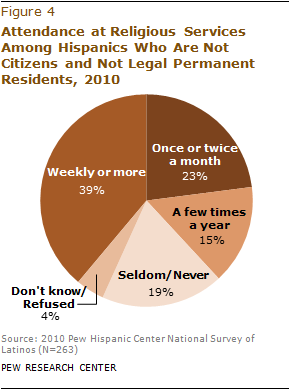 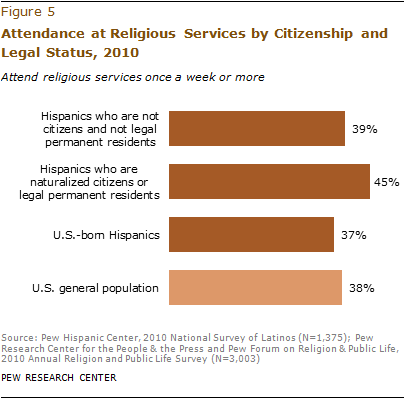 The 2010 NSL also found that among Latino adults who are not citizens or legal residents, 88% disapprove of workplace raids, 74% believe that the federal government should enforce the nation’s immigration laws rather than local police, 71% disapprove of building more fences on the nation’s borders, and nearly all (95%) disapprove of laws like Arizona’s SB 1070 (Lopez, Morin and Taylor, 2010).

In this report, data come mainly from the March 2010 Current Population Survey (CPS), conducted jointly by the U.S. Bureau of Labor Statistics and the Census Bureau. It is best known as the source for monthly unemployment statistics. Each March, the CPS sample size and questionnaire are expanded to produce additional data on the foreign-born population and other topics. The Pew Hispanic Center estimates make adjustments to the government data to compensate for undercounting of some groups, and therefore its population totals differ somewhat from the ones the government uses.

The report also uses the Pew Hispanic Center’s 2010 National Survey of Latinos (NSL). The survey was conducted August 17 through September 19, 2010, among a randomly selected, nationally representative sample of 1,375 Latino adults. The survey was conducted in both English and Spanish on cellular as well as landline telephones. For more details on the 2010 NSL methodology, see “Latinos and the 2010 Elections: Strong Support for Democrats; Weak Voter Motivation” by Mark Hugo Lopez (2010).

The term “unauthorized immigrant” refers to immigrants who are in the United States illegally.

Next: Appendix A: Tables
← Prev Page
You are reading page1Page2Page3
Next Page →