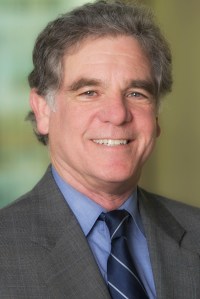 The demographic trends shaping American politics in 2016 and beyond

In an era of head-snapping racial, social, cultural, economic, religious, gender, generational and technological change, Americans have been sorting themselves into think-alike communities that reflect not only their politics but their demographics.

Generation X has a gripe with pulse takers, zeitgeist keepers, and population counters. We keep squeezing them out of the frame.

Generational equity and the ‘Next America’

A few critics have portrayed our report as an effort to foment a “generational war” over Social Security and Medicare. Let me respond.

More than half of Millennials have shared a ‘selfie’

A new Pew Research Center survey finds that 55% of those ages 25 to 32 have posted a “selfie” on a social media site; no other generation is nearly as inclined to do this.

Why did Pew Research decide to conduct an LGBT-specific survey? We know from our surveys of the general public that there’s been a sharp increase in support for same-sex marriage and in societal acceptance of homosexuality over the past decade. Of course, we’re on the cusp of an important historical and cultural moment with the […]

Skepticism about a landmark Census finding

The Census Bureau made big news last week when it reported that the black voter turnout rate (66.2%) exceeded the white voter turnout rate (64.1%) for the first time ever in 2012. But a closer look at the numbers raises some intriguing questions. It’s possible that the lines may have first crossed in 2008. But […]

Politics and race: looking ahead to 2060

The report on the racial and ethnic breakdown of voters in 2012 released Wednesday by the Census Bureau attracted lots of well-deserved attention. But for readers of political tea-leaves, a report the bureau issued last December tells an even more compelling story. That report projected the racial and ethnic makeup of the U.S. population through […]

I. Overview A record seven-in-ten (69%) Hispanic high school graduates in the class of 2012 enrolled in college that fall, two percentage points higher than the rate (67%) among their white counterparts,1 according to a Pew Research Center analysis of new data from the U.S. Census Bureau.2 This milestone is the result of a long-term increase […]

Today’s report from the Census Bureau on the diversifying American electorate in 2012 confirms an historic turnout milestone first noted last December by the Pew Research Center, but undercuts a number of other widely-reported demographic analyses of last year’s presidential vote. Here are the six most important take-aways from Census Bureau data: 1. For the […]

← Prev Page
You are reading page1Page2Page3Page4
Next Page →