For this report, we grouped people into two political categories: those who support the governing political party (or parties) and those who do not. These categories were coded based on the party or parties in power at the time the survey was fielded, and on respondents’ answers to a question asking them which political party, if any, they identified with in their country.4

In countries where multiple political parties govern in coalition, survey respondents who indicated support for any party in the coalition were grouped together. In Germany, for example, where the center-right CDU/CSU governed with the center-left SPD at the time of the survey, supporters of each of the three parties were grouped together. In countries where different political parties occupy the executive and legislative branches of government, the party holding the executive branch was considered the governing party.

Survey respondents who did not indicate support for any political party, or who refused to identify with one, were considered as not supporting the government in power. Below is a table that outlines the governing political parties in each country. 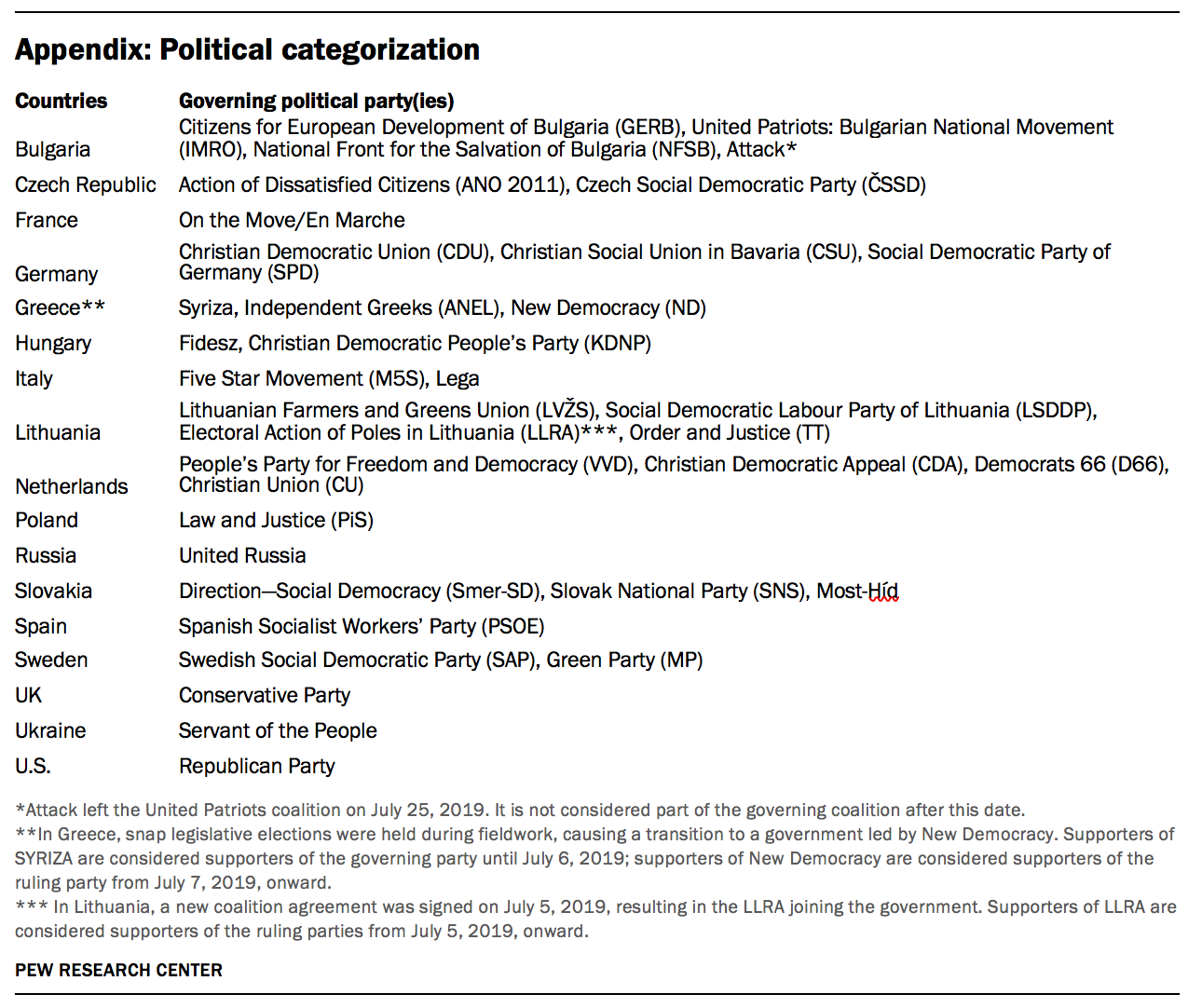 Back to Overview
← Prev Page
Page3Page4Page5Page6Page7Page8Page9Page10Page11Page12You are reading page13
Next Page →