Results for the survey are based on telephone and face-to-face interviews conducted under the direction of Gallup and Abt Associates. The results are based on national samples, unless otherwise noted. More details about our international survey methodology and country-specific sample designs are available here.

This report reexamines many key questions included in a survey conducted April 15 to May 31, 1991, by the Times Mirror Center for the People & the Press (the forerunner of Pew Research Center). For that survey, interviews were conducted in local languages with 12,569 people in Bulgaria, Czechoslovakia, France, Germany, Hungary, Italy, Poland, Spain and the United Kingdom, as well as three republics of the Soviet Union: Lithuania, Russia and Ukraine. All samples were nationally representative, with the exception of Russia, which did not include respondents living east of the Ural Mountains.

In all other countries and survey years, the adult population is defined as ages 18 and older.

The following pages present the details on the methodology for the 1991 survey, including information on sample design, survey mode, the languages in which the interviews were conducted, fieldwork dates, sample sizes and the margins of sampling error based on all interviews conducted in that country. 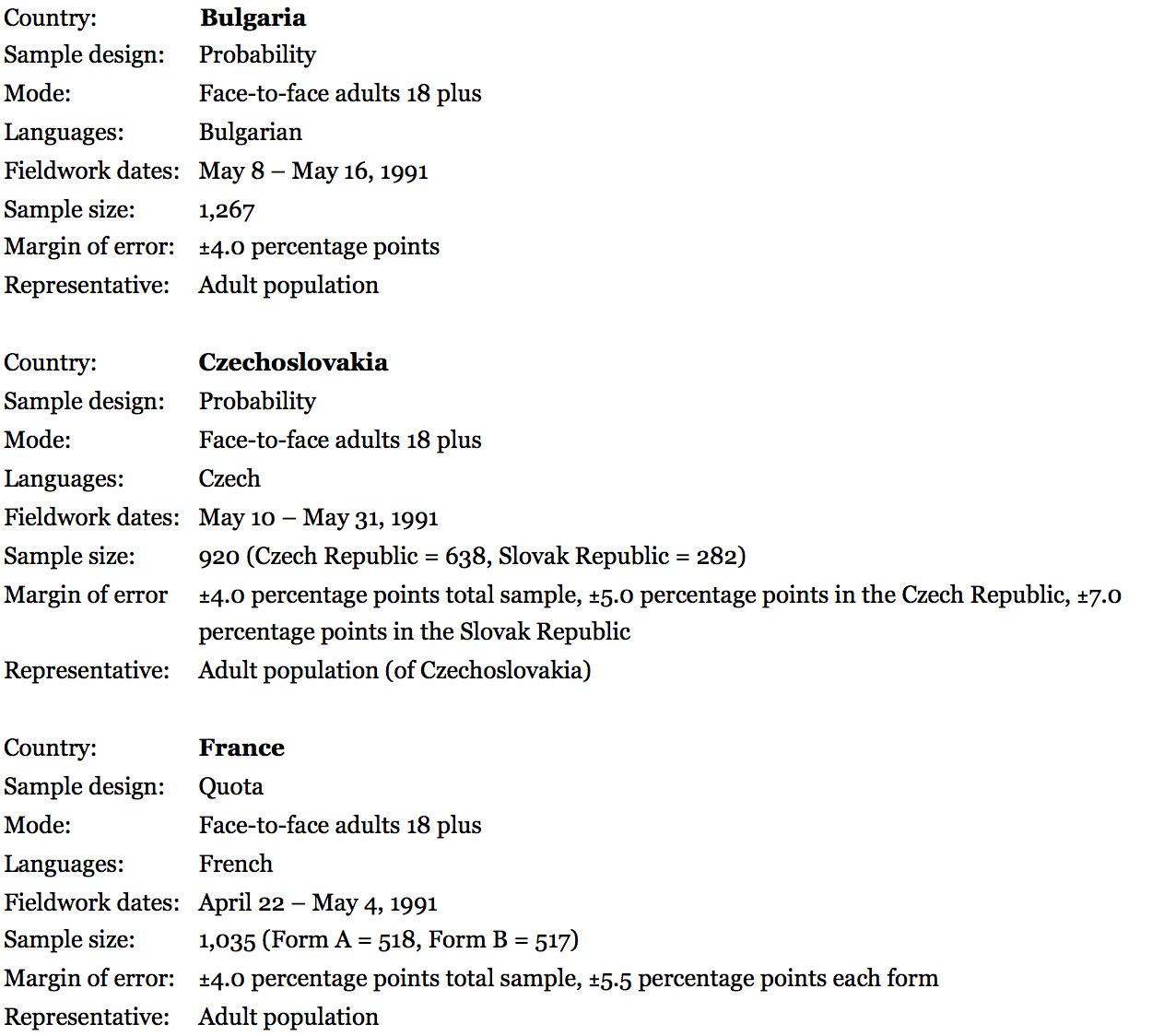 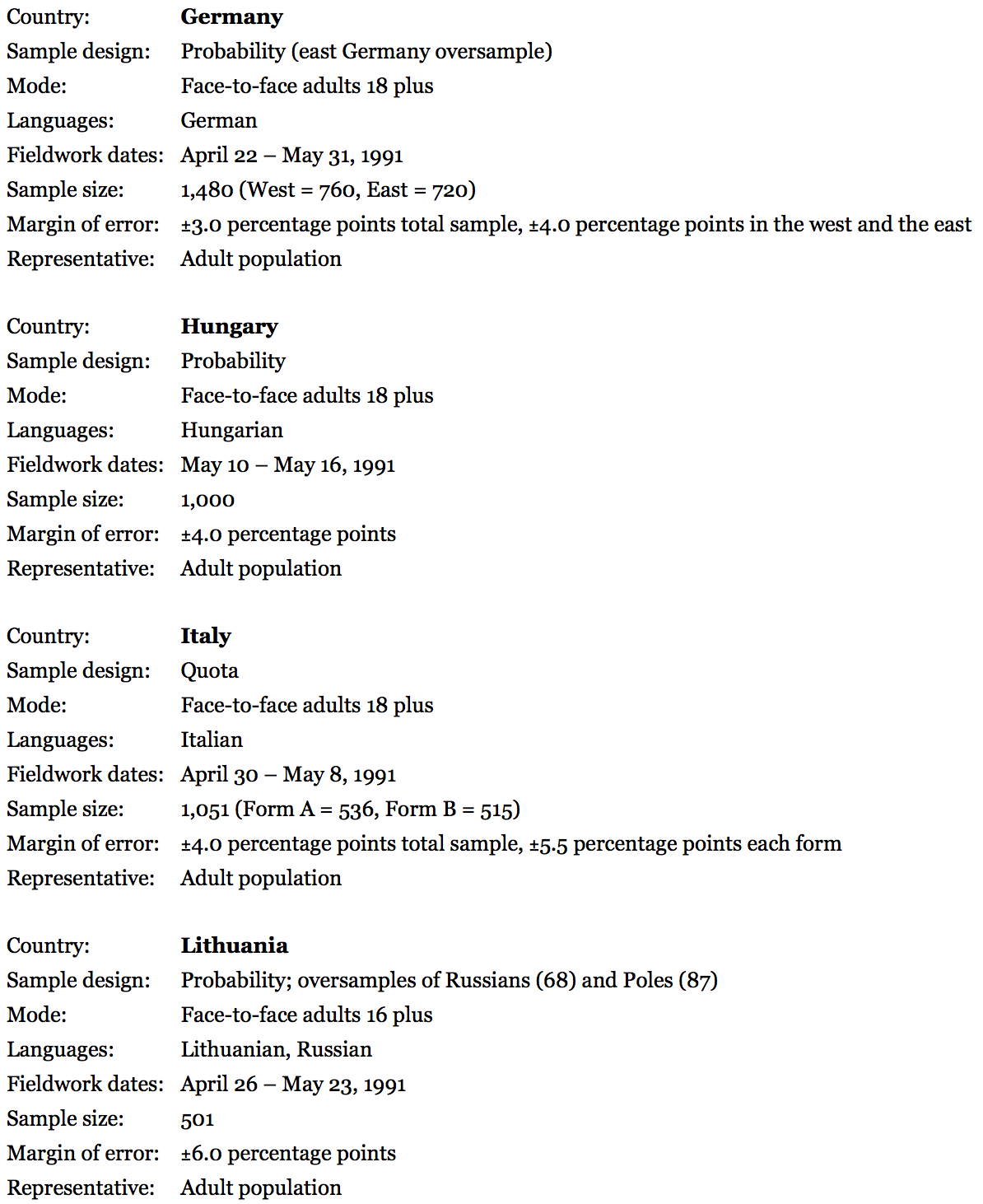 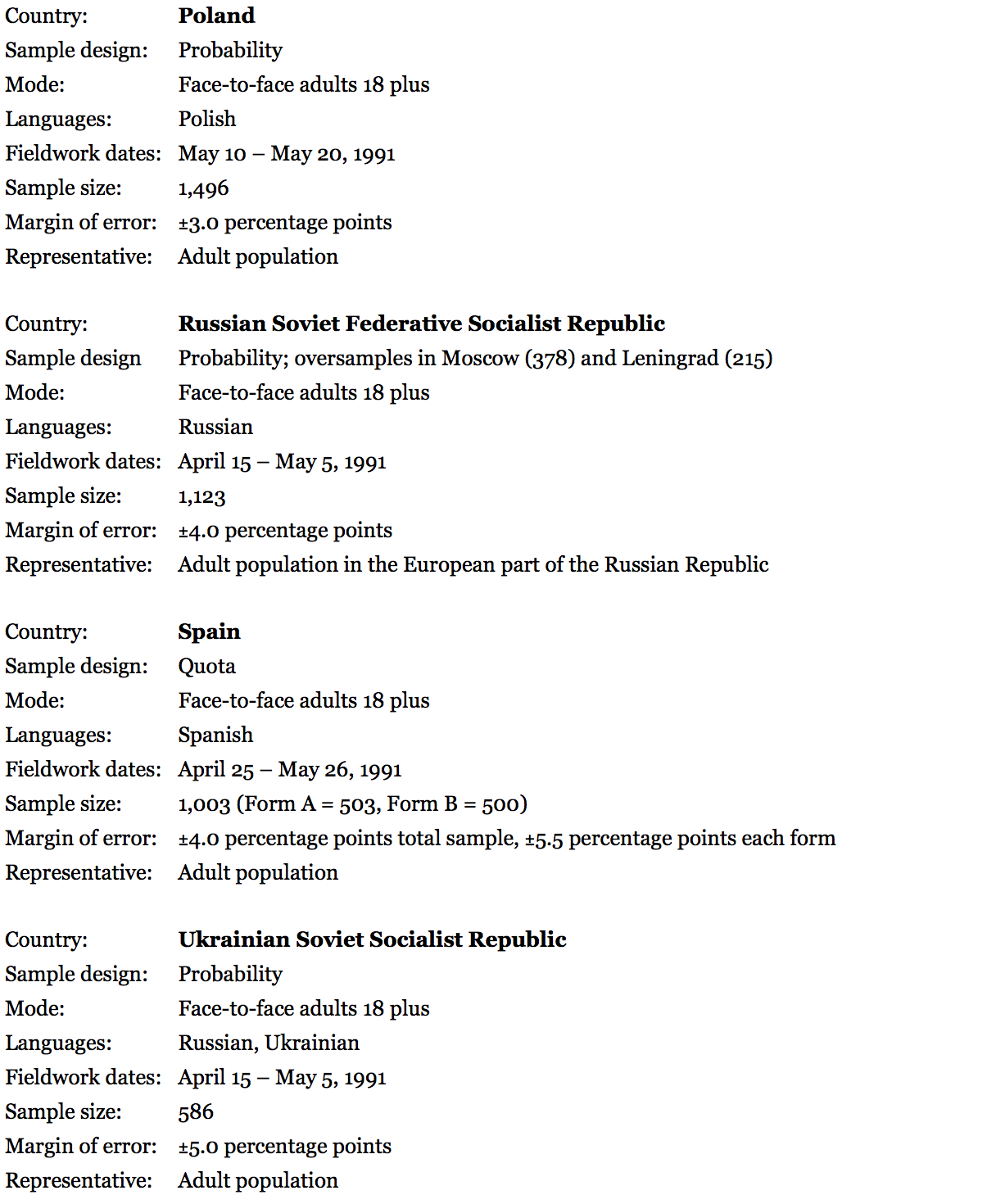