“Income” refers to what is afforded a person by the combined resources of his or her household, whether the person had personal earnings or not. Thus, people’s incomes are represented by their household’s income adjusted for household size. All members of a household have the same income, which is expressed in 2016 dollars for both years.

The distributions are based on the adult, civilian household population, less adults living in households for which half or more of its income is imputed (allocated) by the U.S. Census Bureau. (See Methodology for details).

The charts comparing blacks and Hispanics with whites clearly show that there is a greater concentration of blacks and Hispanics at lower income levels and a greater concentration of whites at middle and higher income levels in both years. In 2016, Asians are somewhat more likely than whites to be middle or upper income and somewhat less likely to be lower income (with the exception of incomes up to about $17,499 in 2016). There was little difference in the income distributions of Asians and whites in 1970. 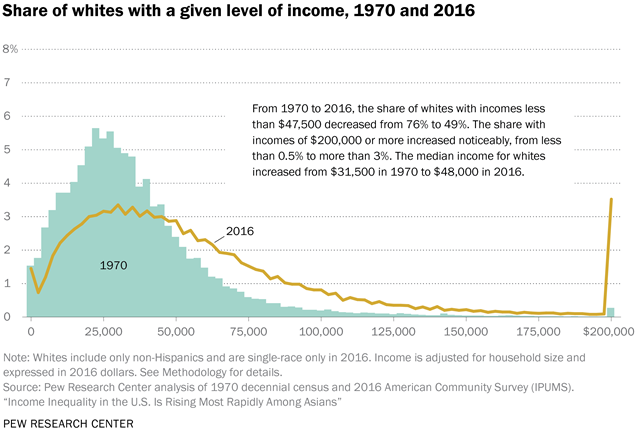 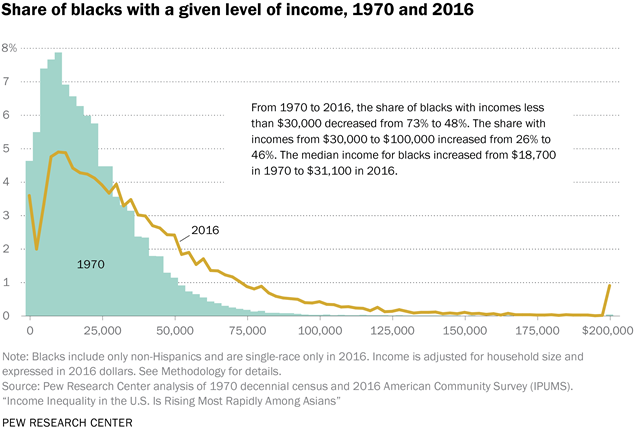 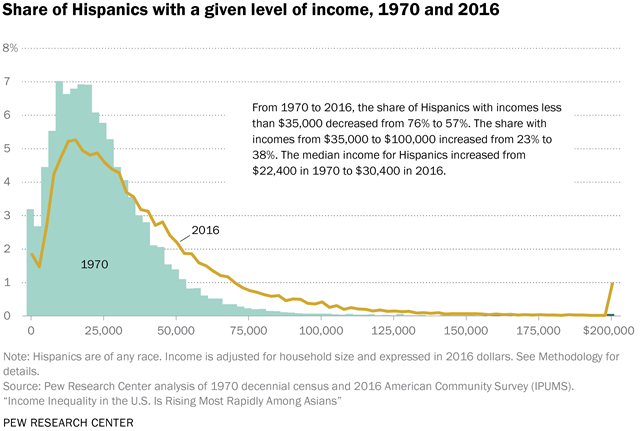 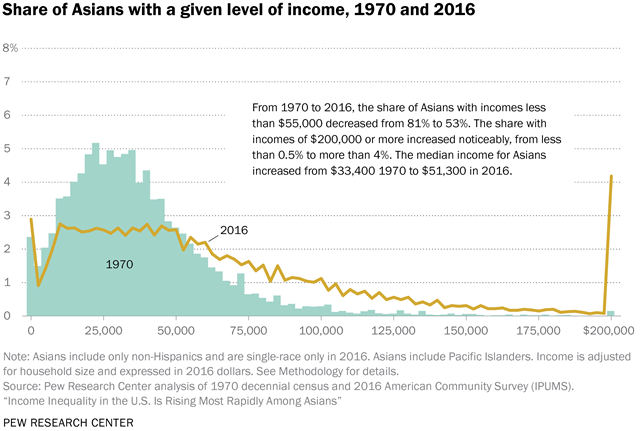 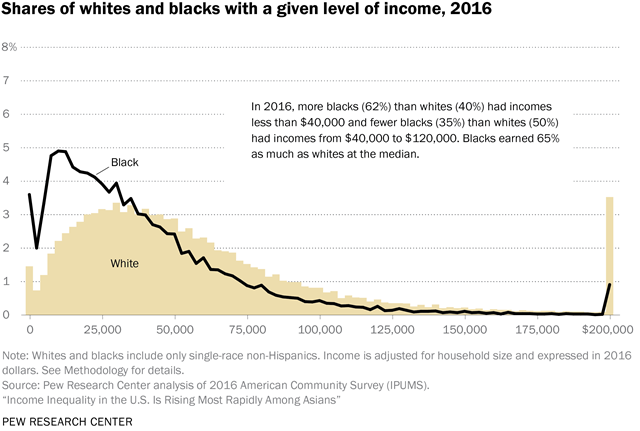 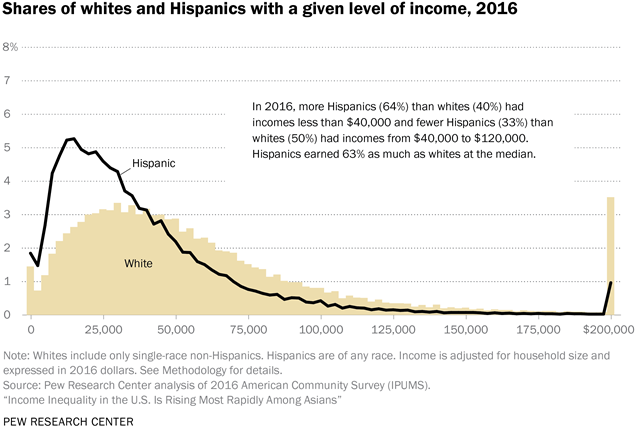 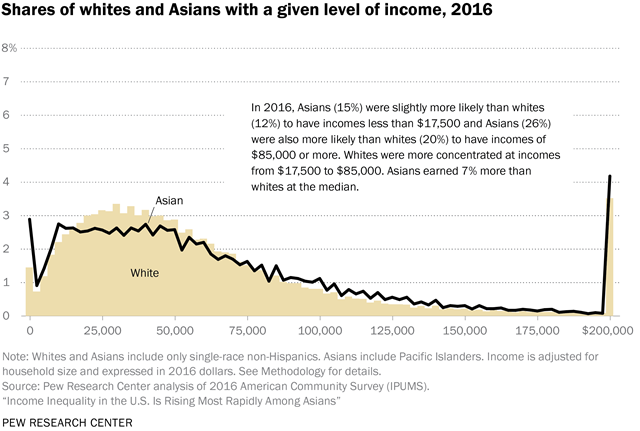 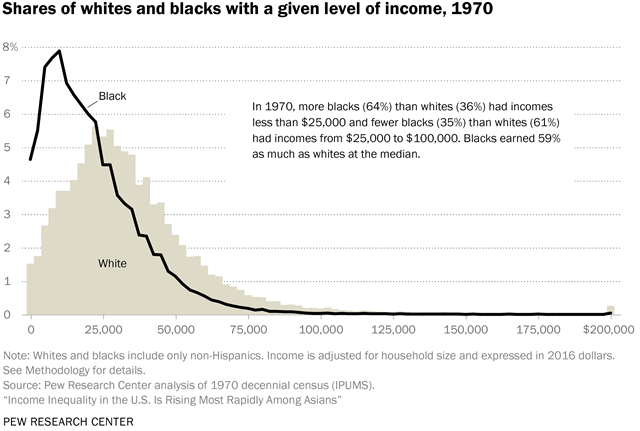 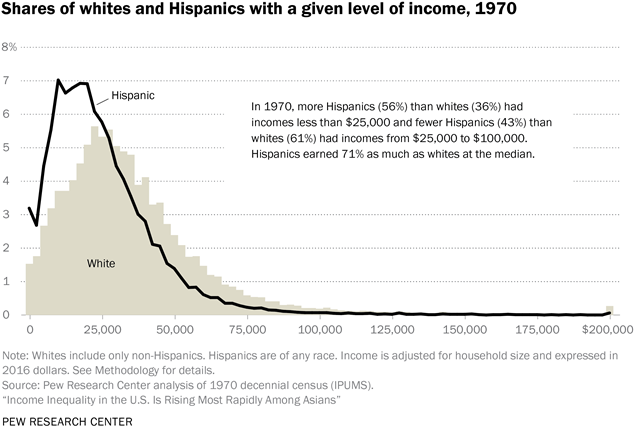 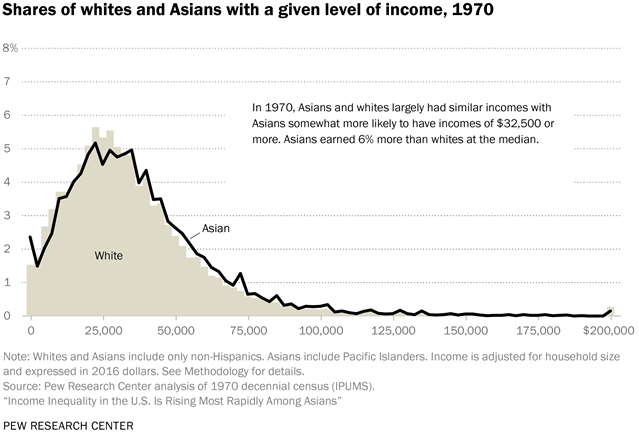 Next: Appendix B: Additional tables
← Prev Page
Page1Page2Page3You are reading page4Page5
Next Page →