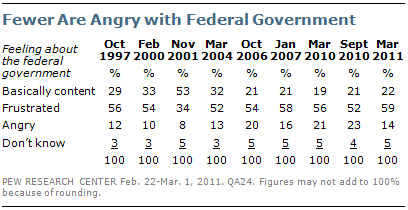 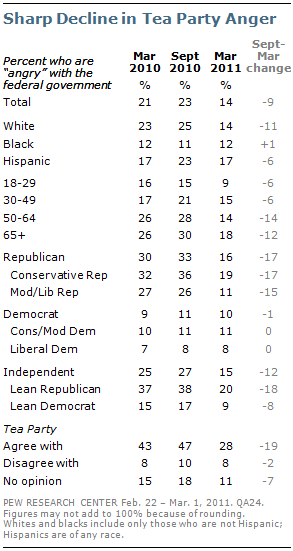 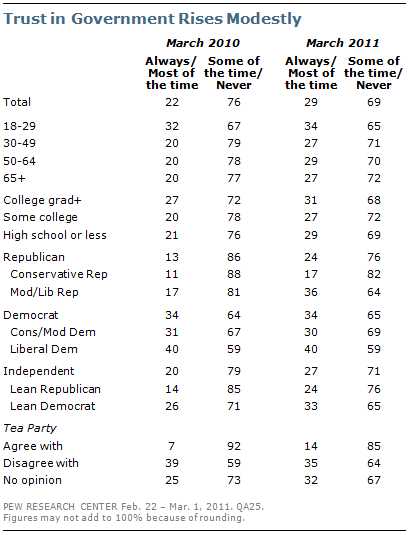 Last year, a Pew Research survey on public attitudes toward government found that the proportion saying they can trust the government in Washington to do the right thing had fallen to one of its lowest levels in more than 50 years. (See “Distrust, Discontent and Partisan Rancor,” April 18, 2010). 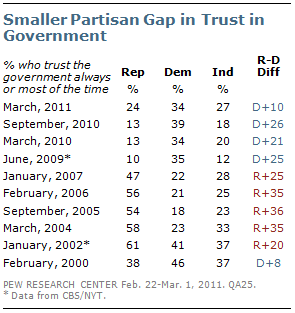 There has been virtually no change among Democrats; 34% trust the federal government always or most of the time while 65% trust the government some of the time or never. Democrats continue to be more trusting of government than Republicans, but the partisan gap has been cut from 21 points in March and 26 points in September 2010 to 10 points in the current survey.

There is little difference in trust in government among Democrats; 40% of liberal Democrats say they trust the government to do what is right always or most of the time, compared with 30% of conservative and moderate Democrats.

Long-Term Trends in Trust in Government 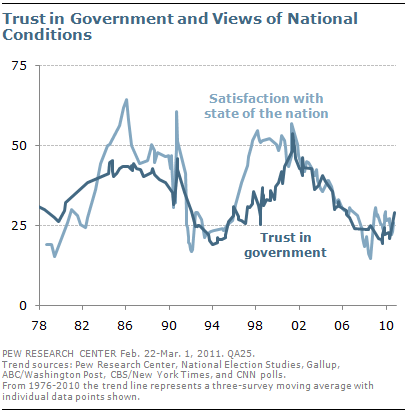 Periods of high distrust in government also have corresponded with high turnover in Congress. In general, when public trust in government declines steeply – as it did in 1974, 1980 and in the early 1990s – incumbents are more likely to lose and a larger number of seats usually changes parties. In 2010, when trust reached one of its lowest levels in half a century, rivaling only the early 1990s, 69 seats changed parties, with Republicans gaining 66 seats previously held by Democrats while Democrats took possession of only 3 seats previously held by Republicans. Similarly, 58 incumbents lost in the primary or general elections that year. 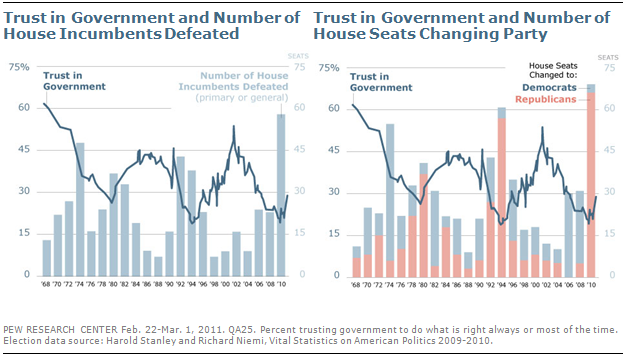 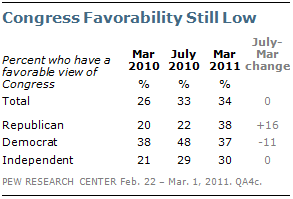 Although views among independents have been stable, they now view Congress less favorably than Republicans and Democrats. Only 30% of independents say they have a favorable opinion of Congress.

Next: Section 2: Views of Political Leaders and Compromise
← Prev Page
Page1You are reading page2Page3Page4Page5Page6
Next Page →