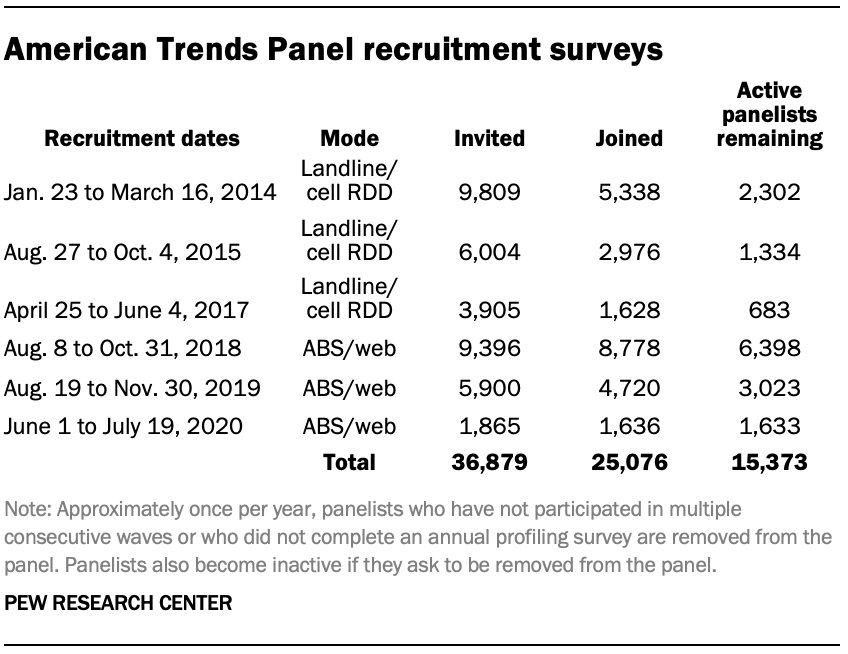 The ATP was created in 2014, with the first cohort of panelists invited to join the panel at the end of a large, national, landline and cellphone random-digit-dial survey that was conducted in both English and Spanish. Two additional recruitments were conducted using the same method in 2015 and 2017. Across these three surveys, a total of 19,718 adults were invited to join the ATP, of whom 9,942 agreed to participate. 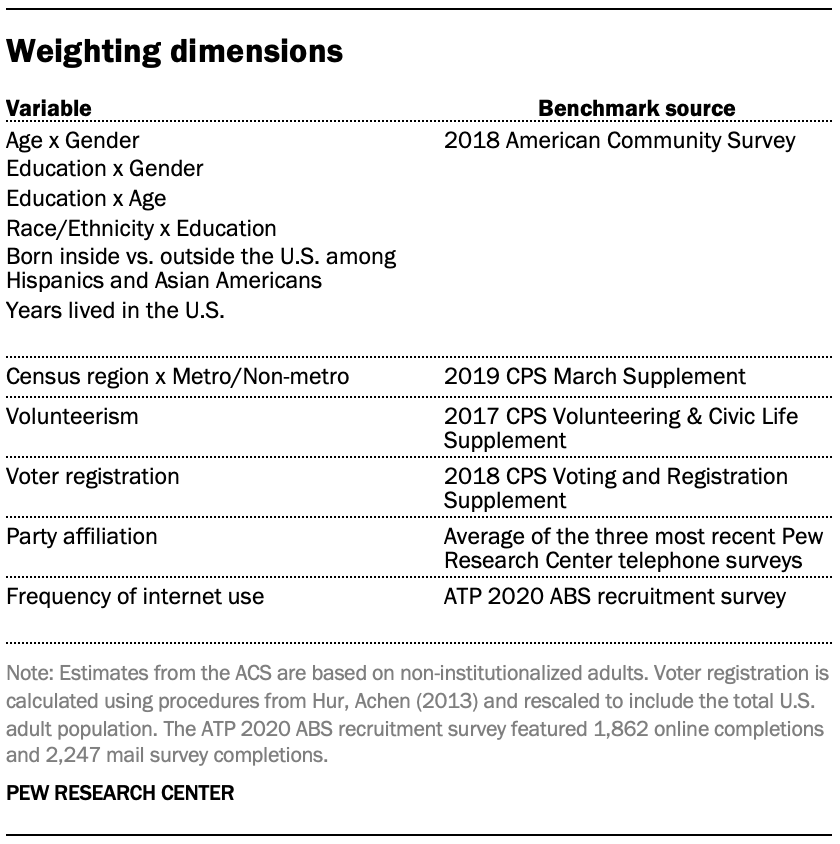 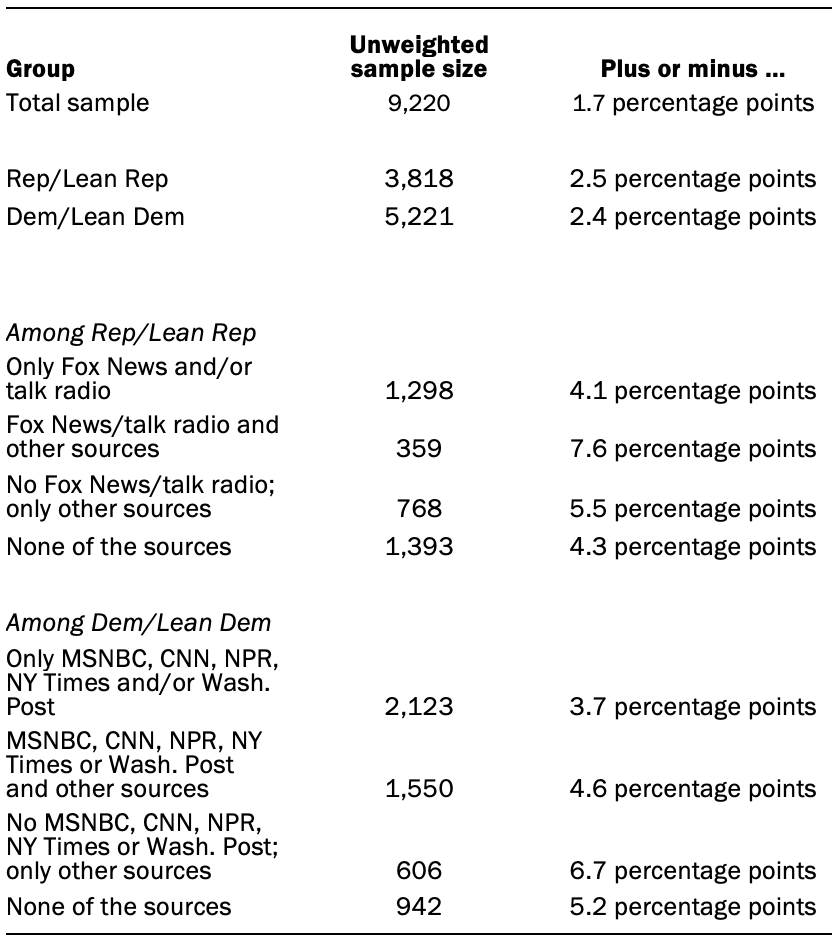 How Americans Navigated the News in 2020: A Tumultuous Year in Review
Americans Who Mainly Get Their News on Social Media Are Less Engaged, Less Knowledgeable
Americans Plan To Follow Election Returns Closely; Biden Supporters More Confident Their News Sources Will Make Right Call
Most Republicans Approve of Trump’s Post-election Messaging, but About a Third Say It Has Been Wrong
Americans Paid Close Attention as Election Returns Came In