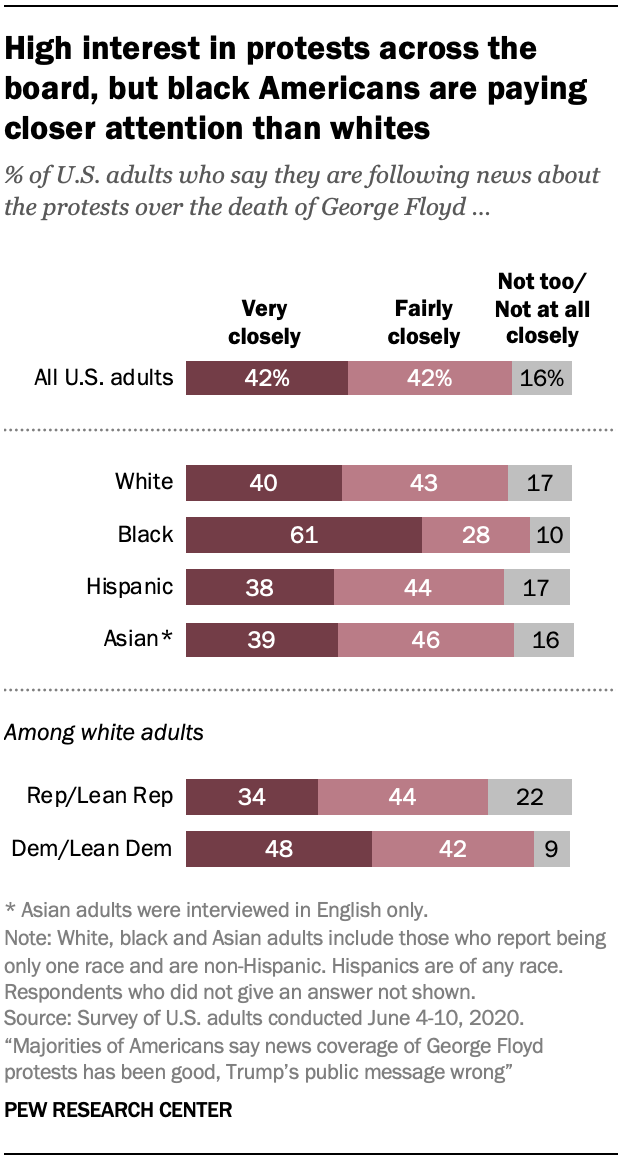 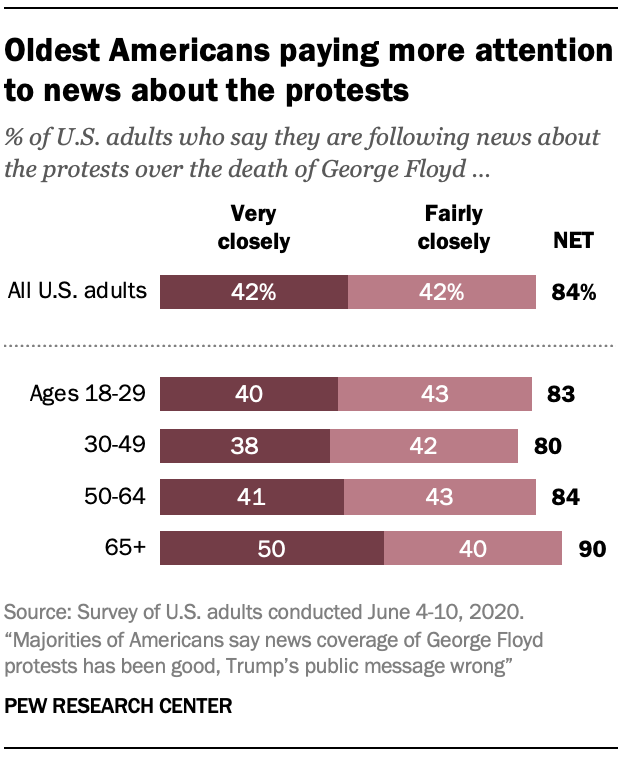 Black Americans, young adults most likely to talk to others about the protests 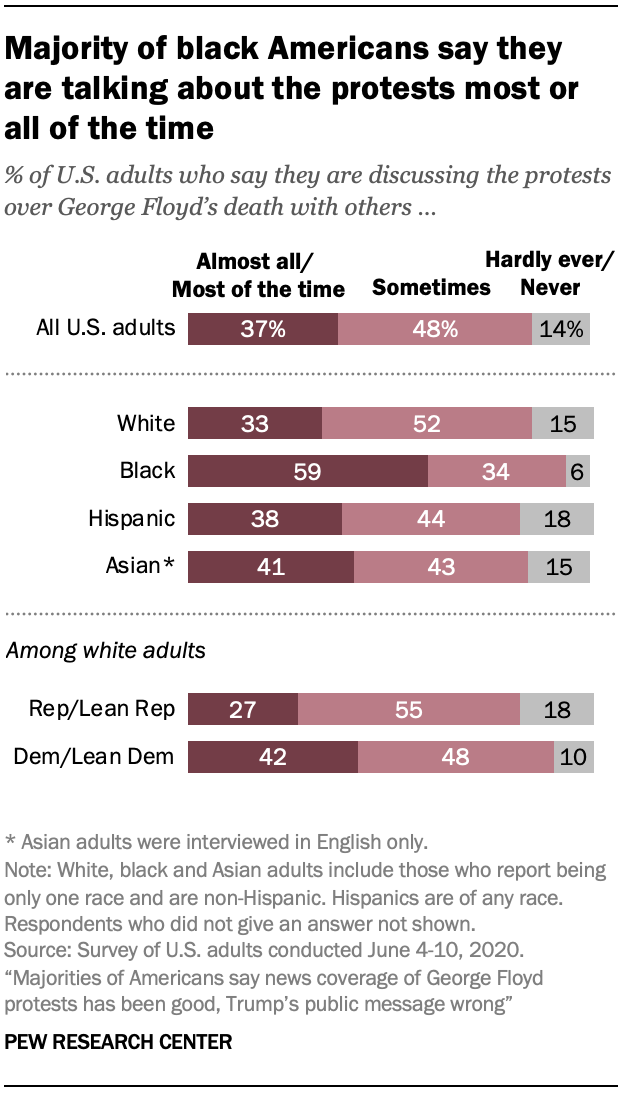 In addition to following the news closely themselves, most Americans are spending time talking with others about the protests over George Floyd’s death. Roughly four-in-ten U.S. adults (37%) say they are talking about it “almost all” or “most” of the time. Another 48% say they “sometimes” discuss it with others, while just 14% “hardly ever” or “never” discuss it. 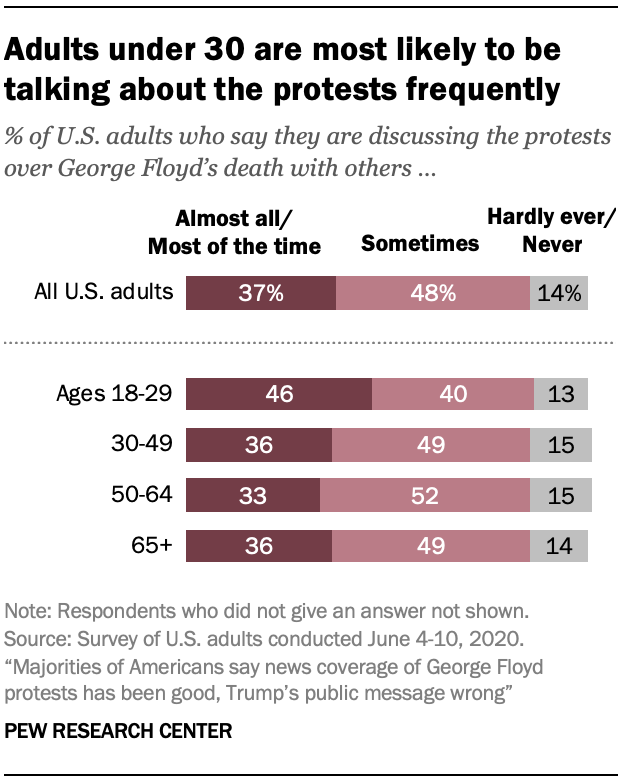 Slightly less than half of adults ages 18 to 29 (46%) say the protests come up almost all the time or most of the time in their conversations. The share saying the same is about 10 percentage points lower in each of the other age groups.

Majorities of Americans Say News Coverage of George Floyd Protests Has Been Good, Trump’s Public Message Wrong
1. About four-in-ten U.S. adults are following news about George Floyd protests very closely and discussing it with others often
Black Americans, young adults most likely to talk to others about the protests
2. In protest response, Americans say Donald Trump’s message has been wrong, news media coverage good 3. Large partisan divide on news media's performance and the president’s message, smaller divide on attention to events Acknowledgments Methodology