Updated February 2017: The numbers for source recall were updated to account for the small number of times respondents skipped the question. No number changed by more than one percentage point.

Attitudinally, Americans are split on whether they feel loyal to their news sources – but behaviorally, they tend to stick to the same sources anyway. 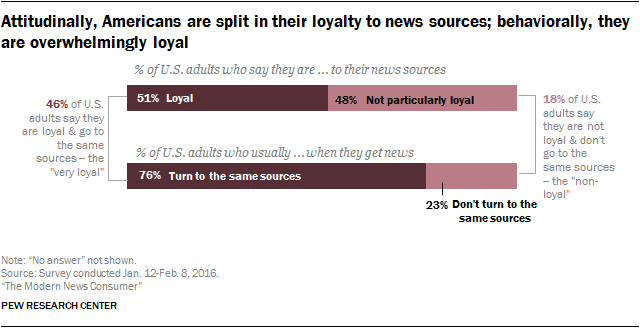 The “very loyal” news consumer tends to be a news cheerleader. 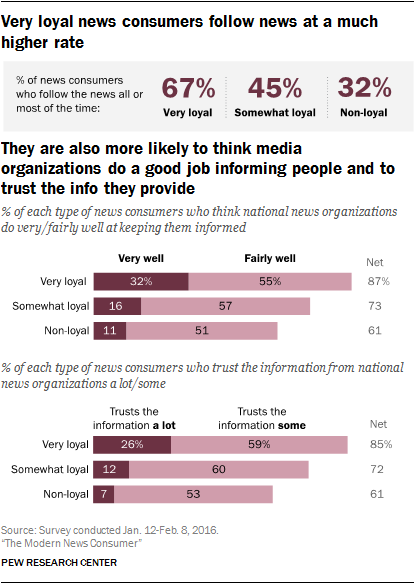 There are also signs that people pay attention to the sources of news online, though less so among the “non-loyal” news consumers. 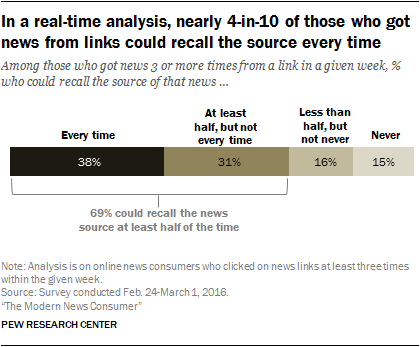