For this report, we grouped people into two political categories: those who support the governing political party (or parties) and those who do not. These categories were coded based on the party or parties in power at the time the survey was fielded, and on respondents’ answers to a question asking them which political party, if any, they identified with in their country.6

Survey respondents who did not indicate support for any political party, or who refused to identify with one, were classified as not supporting the government in power. 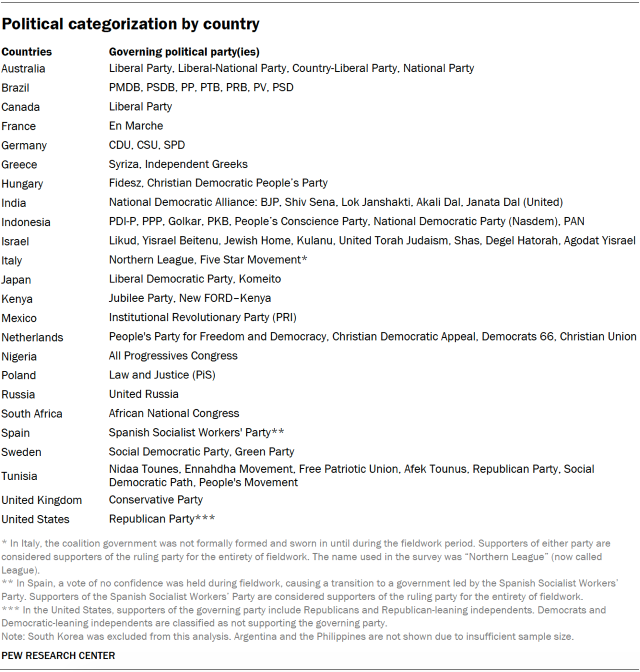 Many Across the Globe Are Dissatisfied With How Democracy Is Working 1. Dissatisfaction with performance of democracy is common in many nations 2. Publics satisfied with free speech, ability to improve living standards; many are critical of institutions, politicians 3. Why are people dissatisfied with how democracy is working? Acknowledgments Methodology Appendix A: Factors that influence democratic dissatisfaction Appendix B: Classifying European political parties Appendix C: Economic categorization
Appendix D: Political categorization