Poles will vote on July 12 in a runoff election between incumbent President Andrzej Duda of the right-wing populist Law and Justice Party and Warsaw Mayor Rafał Trzaskowski of the more progressive, pro-European Union Civic Platform. In the first round of voting in June, Duda failed to win an outright majority, while Trzaskowski earned roughly a third of the vote.

Ahead of the runoff, here is a look at how Polish people see their democracy, international relations and social issues in the country, based on a Pew Research Center survey conducted in 2019. 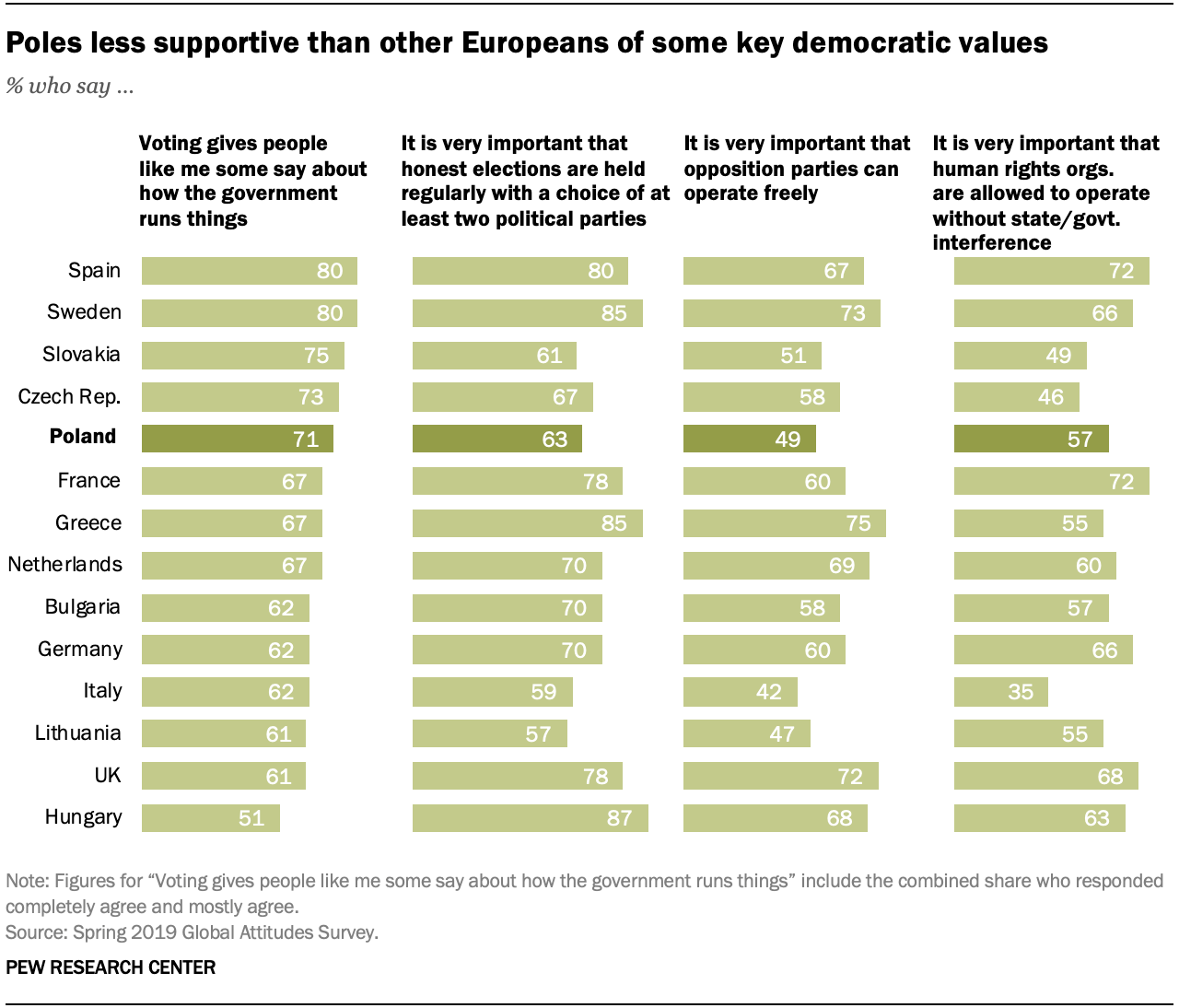