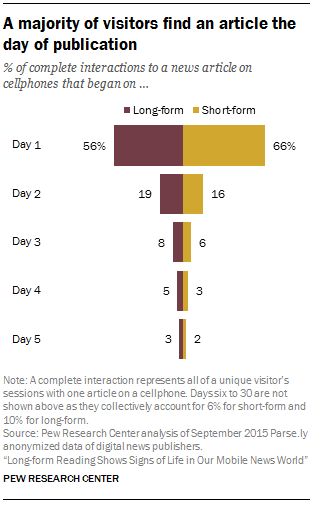 Among cellphone users, longer articles – those that are at least 1,000 words – tend to have a somewhat longer life span than shorter ones, though for both the life span is remarkably brief.

To examine this, we looked at the time between an article’s publication date (for articles published in September) and each cellphone user’s initial visit to that article.

This small portion of users who find these articles later tend to spend about the same amount of time – and in some cases more time – with them. 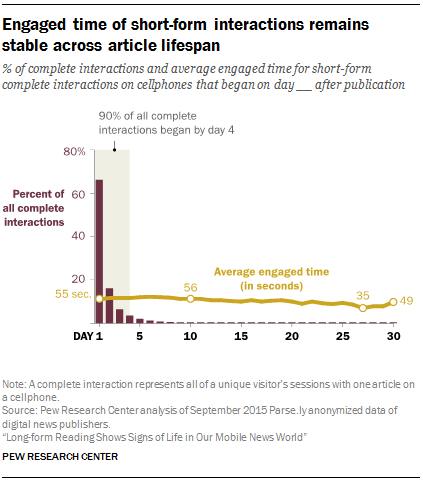 The total time spent with short-form news (fewer than 1,000 words) hovers around 58 seconds throughout the first 10 days after publication. After day 11, average engaged time slowly drops off until it reaches a low of 35 seconds on day 27 before a slight uptick through the remainder of the month (although there are fewer than 100,000 interactions during the last few days). 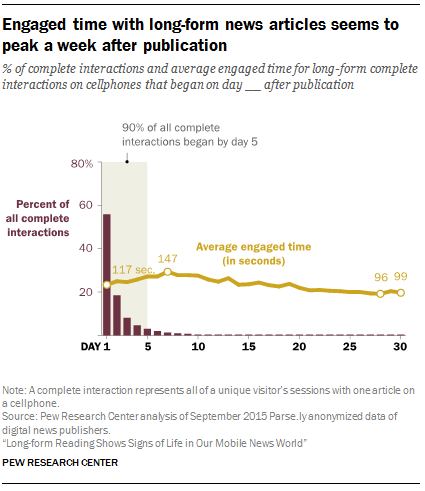 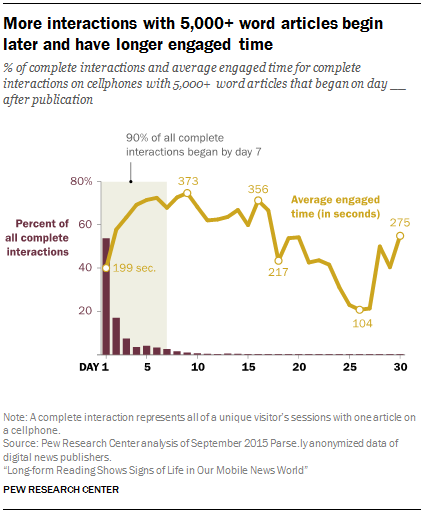 The data do not speak to why average engaged time peaks later for long-form articles than for short-form articles. One possible explanation is that the small portion of users that visit an article much later may be highly interested in the article’s topic and thus spend more time with it.

Next: 7. Few cellphone readers of long- or short-form articles visit multiple articles on a site
← Prev Page
Page3Page4Page5Page6You are reading page7Page8Page9Page10Page11Page12Page13
Next Page →