This research shows a striking year-to-year growth in the number of Americans performing various activities online.

The table below presents a comparison of the number of Americans who said they had ever done a particular activity online in 2001 with the numbers for 2000.  The charts in the pages that follow show a comparison for 2000 and 2001 of the percent of Internet users said they have ever done a specific activity online.  In reading those charts, readers should keep in mind that the changes in percentages occurred in the context of more Americans being online in March 2001 (57%) compared with March 2000 (46%). 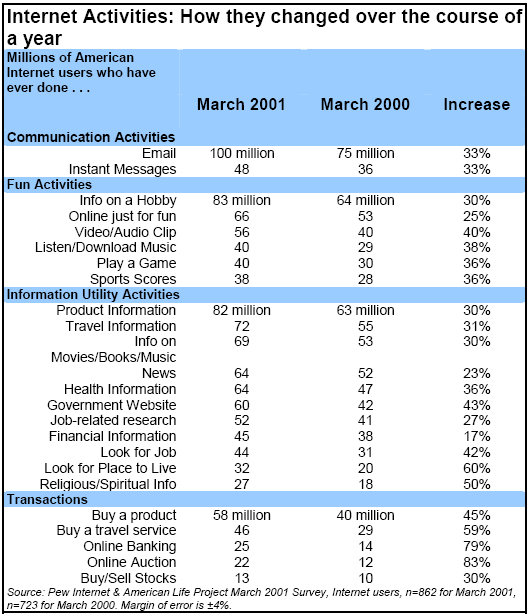