Immigrants from Asia outpace those from Mexico in terms of their educational attainment. Half of Asian immigrants hold a bachelor’s degree or more, compared with only 6% of Mexican immigrants.

Due to recent trends in flows of Mexican and Asian immigration, Mexican immigrants are less likely to have arrived in the U.S. in the last 10 years, compared with Asian immigrants (23% vs. 34% respectively).

(See below for detailed demographic tables.) 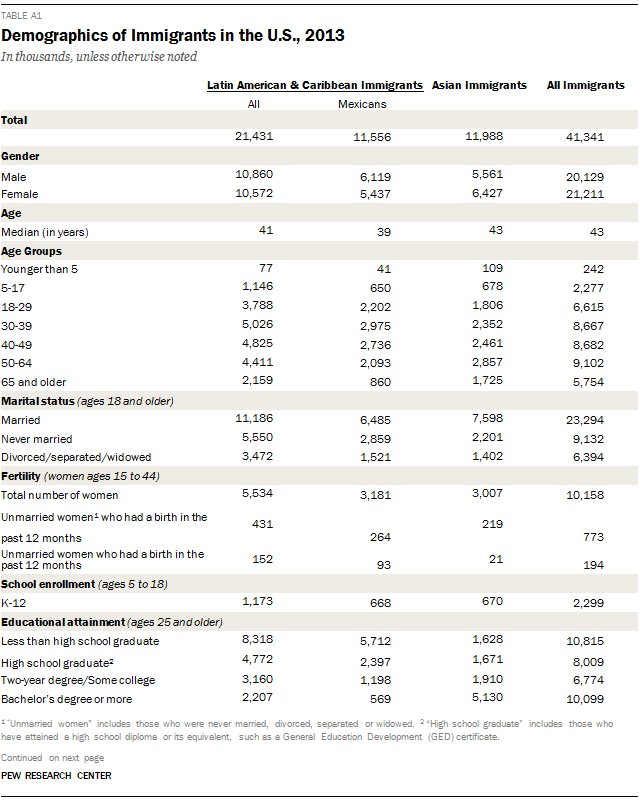 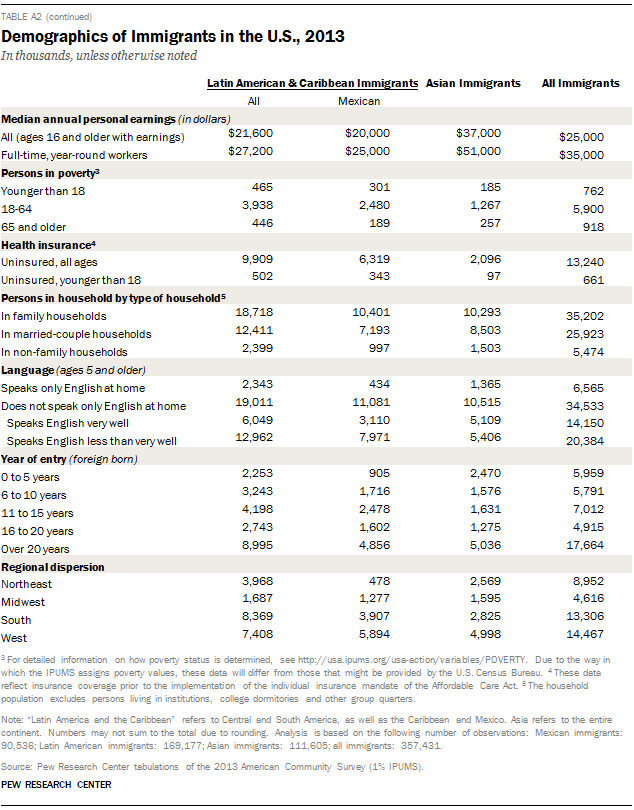 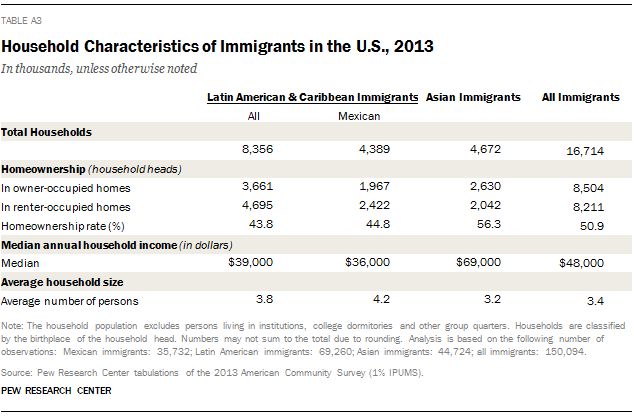 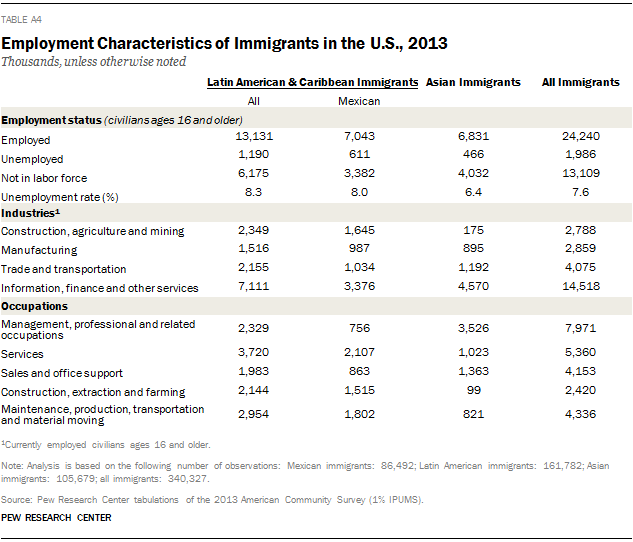 Next: Appendix B: Methodology
← Prev Page
Page1Page2Page3Page4Page5Page6You are reading page7Page8
Next Page →