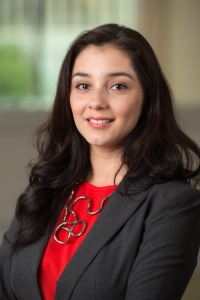 Ana Gonzalez-Barrera is a senior researcher at Pew Research Center. She is an expert on U.S. immigration, particularly on Mexican immigration to the U.S. and border apprehensions and deportations. She also has extensive experience analyzing and surveying the Hispanic population in the U.S. Before joining Pew Research Center in 2011, she served as director of population distribution at the Mexican Population Council (CONAPO). Prior to that, she worked for over four years at CIDE in Mexico, where she coordinated two rounds of the Mexico and the Americas public opinion survey in 2004 and 2010. She received a MPP from the Harris School of Public Policy Studies at the University of Chicago, where she was a Fulbright-Garcia Robles scholar. She is an author of An Awakened Giant: the Hispanic Electorate is Likely to Double by 2030, The Path Not Taken: Two-thirds of Legal Mexican Immigrants are not U.S. Citizens, and More Mexicans Leaving Than Coming to the U.S., among others.