Inglehart and Norris emphasize the cultural views of populist parties and created a populist party scale using the 2014 CHES data for classification.4 This scale aggregates expert ratings of the party on the following positions and attitudes: 1) support for traditional social values, 2) opposition to liberal lifestyles, 3) promotion of nationalism, 4) favorable toward tough law and order, 5) favorable toward assimilation for immigrants and asylum seekers, 6) support for restrictive immigration policies, 7) opposition to more rights for ethnic minorities, 8) support for religious principles in politics and 9) support for rural interests. The scale ranges from 0 to 100, and parties with a score of more than 80 are classified as populist.

The PopuList is an ongoing project to classify European political parties as populist, far right, far left and/or euroskeptic. The project specifically looks at parties that “obtained at least 2% of the vote in at least one national parliamentary election since 1998.” It is based on collaboration between academic experts and journalists. The PopuList classifies parties that emphasize the will of the people against the elite as populist.5

Two parties are missing data for at least two of the measures used for classification but are still included for analysis in the report. Vox in Spain is considered a right-wing populist party by experts, but was not included in any of the measures used due to its relatively recent rise in popularity. Similarly, Forum for Democracy (FvD) in the Netherlands did not achieve a large enough share of the votes to be included in the PopuList analysis and was founded in 2016, after data collection for the Inglehart and Norris analysis. Experts in the most recent round of CHES classify this party as a right-wing populist party, and its score on the anti-elitism scale exceeds the cut-off. 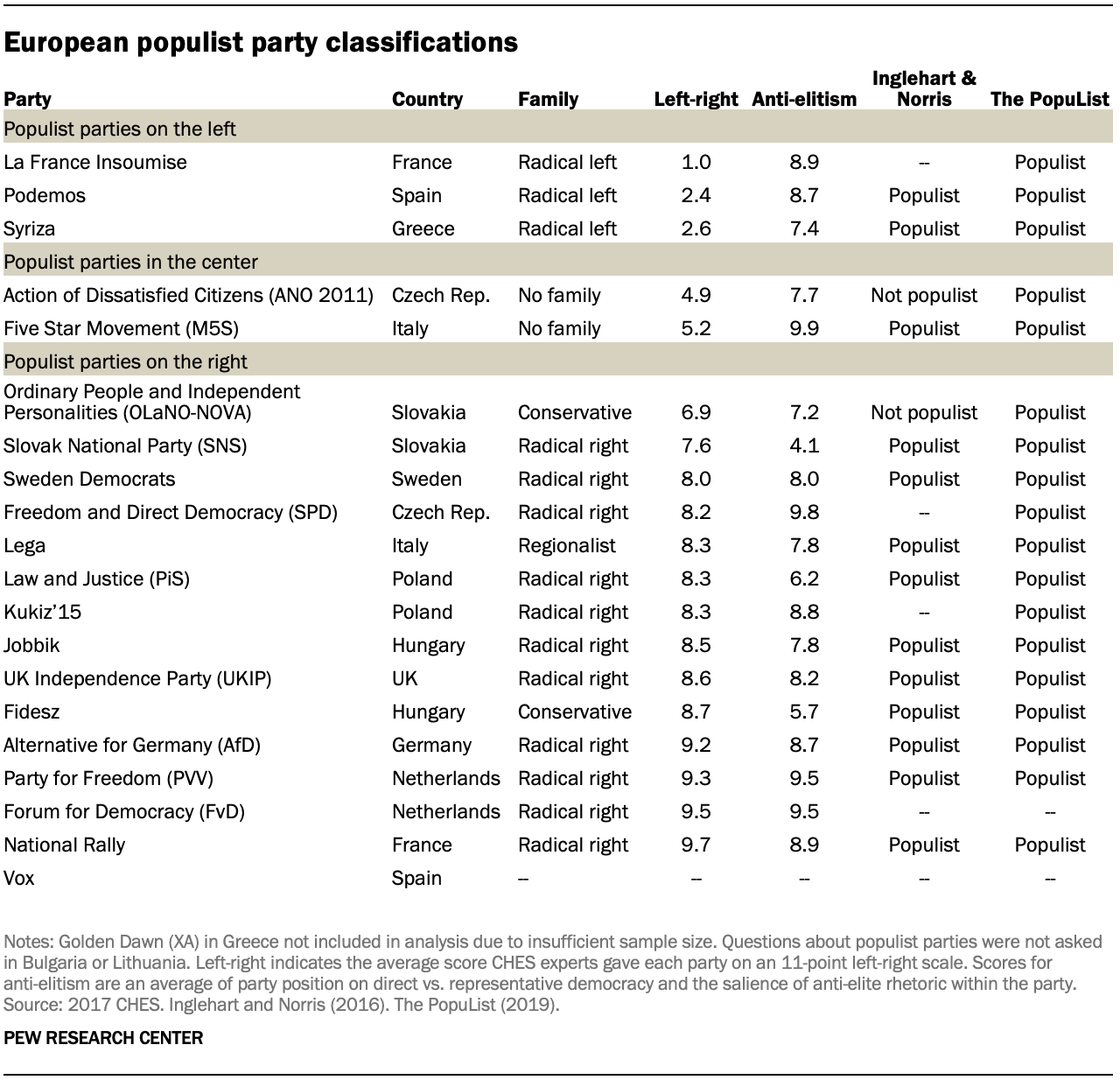 Few in other countries approve of Trumpu2019s major foreign policies, but Israelis are an exception