For this report, we grouped people into two political categories: those who support the governing political party (or parties) and those who do not. These categories were coded based on the party or parties in power at the time the survey was fielded, and on respondents’ answers to a question asking them which political party, if any, they identified with in their country.3 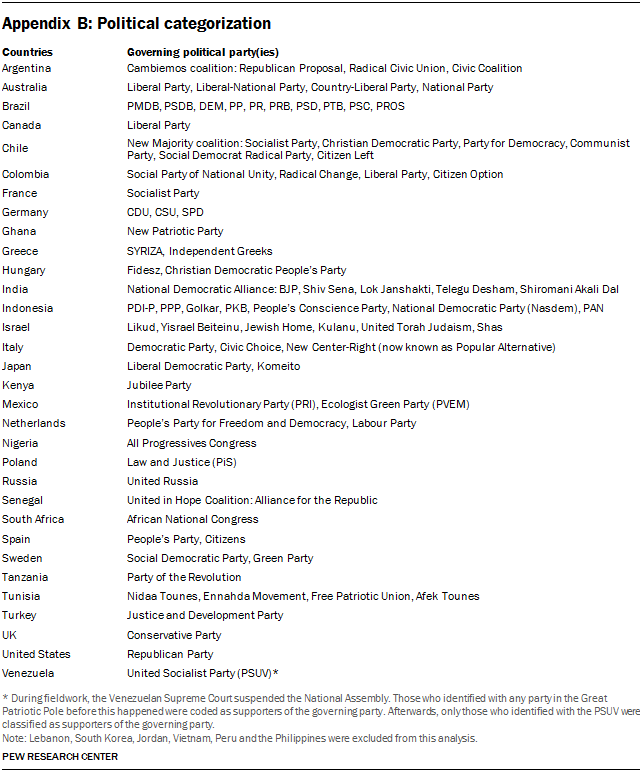 Publics Globally Want Unbiased News Coverage, but Are Divided on Whether Their News Media Deliver 1. Global publics want politically balanced news, but do not think their news media are doing very well in this area 2. Publics around the world follow national and local news more closely than international 3. People in poorer countries just as likely to use social media for news as those in wealthier countries Methodology Acknowledgments Appendix A: Detailed tables
Appendix B: Political categorization
Appendix C: Economic categorization Appendix D: Country-specific examples of social media