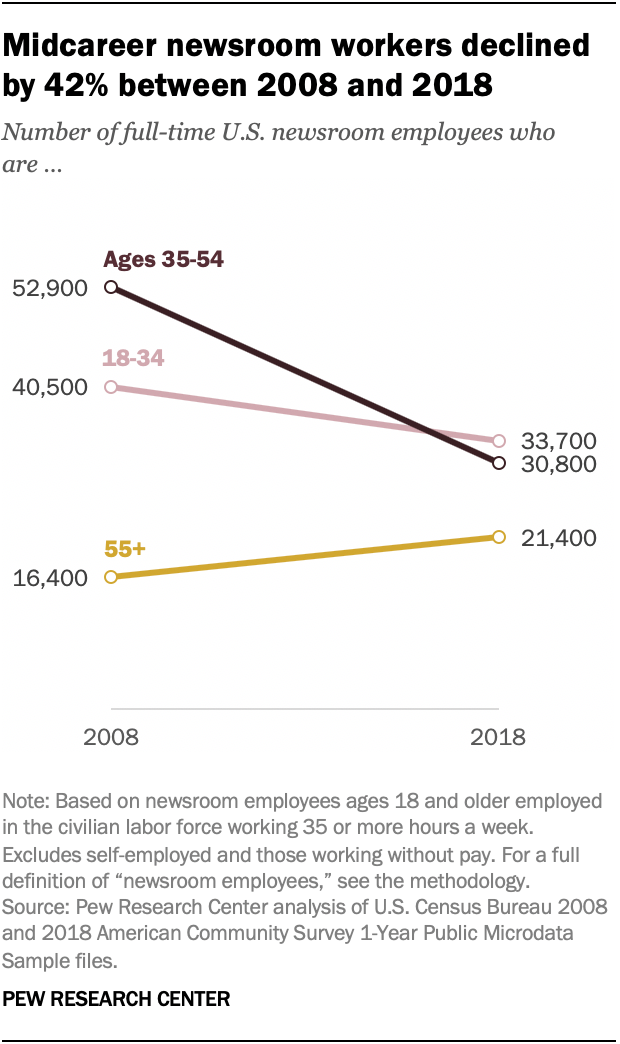 Newsroom employment dropped by a quarter between 2008 and 2018, but the job cuts were not shouldered equally by journalists of all ages. Midcareer news workers – those ages 35 to 54 – were hit the hardest, accounting for the bulk of the decline, according to a Pew Research Center analysis of American Community Survey data.

The analysis comes at another difficult time for American newsrooms, as the effects of the coronavirus outbreak lead to layoffs, losses in advertising revenue and other challenges.

In the most recent 10-year period with available data, the number of full-time midcareer newsroom employees in the U.S. dropped by 42%, from about 52,900 to 30,800 workers. The number of newsroom workers ages 55 and older increased by 31%, from about 16,400 to 21,400 – but not enough to offset the losses in the midcareer age group. By comparison, the number of younger newsroom employees (ages 18 to 34) remained relatively stable, with no significant change occurring over the decade.

We undertook this analysis of newsroom employment to look beyond the overall job reductions in the industry and determine their impact on the demographic makeup of news organizations. Included in the analysis are reporters, editors, photographers and videographers ages 18 and older working full time in the newspaper, broadcasting and internet publishing industries. The underlying data comes from the U.S. Census Bureau 2008 and 2018 American Community Survey 1-Year Public Microdata. Here is the methodology for this report. 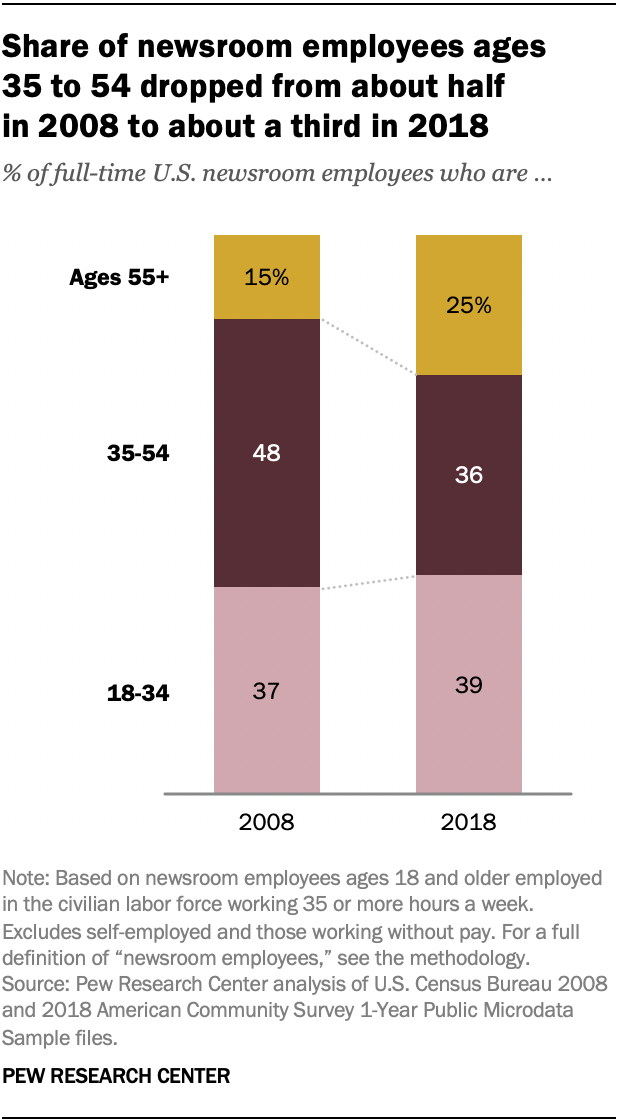 In this analysis, newsroom employees include reporters, editors, photographers and videographers ages 18 and older working full time in the newspaper, broadcasting and internet publishing industries. For a full definition of “newsroom employees,” see the methodology.

The age composition of newsrooms changed during this decade. In 2008, about half (48%) of newsroom employees were ages 35 to 54, while about four-in-ten (37%) were 18 to 34. By 2018, the share of midcareer newsroom workers fell to 36% – about the same share as their younger colleagues (39%). Newsroom employees ages 55 and older became more common in newsrooms than they were 10 years earlier, increasing to a quarter of all news workers by the end of the decade, up from 15% in 2008.

This age shift has been accompanied by other important trends as news companies continue to struggle: