People around the world are widely dissatisfied with democracy in their country and believe that elected officials don’t care what people like them think, according to a new Pew Research Center survey. Global opinion is more divided on the question of whether the state is run for the benefit of all, while people generally agree that voting gives them a say about how the government runs things in their country.

Here are eight charts that show how people around the world see the state of democracy in their country, based on the new report:

This analysis focuses on democratic values and democratic satisfaction in 34 countries. Democracy is one of the core topics we explore in our annual Global Attitudes Survey. This analysis also includes views about elected officials, voting and whether the state is run for the benefit for all people.

For this report, we used data from a survey conducted across 34 countries from May 13 to Oct. 2, 2019, totaling 38,426 respondents. The surveys were conducted face-to-face across Africa, Latin America and the Middle East, and on the phone in the United States and Canada. In the Asia-Pacific region, face-to-face surveys were conducted in India, Indonesia and the Philippines, while phone surveys were administered in Australia, Japan and South Korea. Across Europe, the survey was conducted over the phone in France, Germany, the Netherlands, Spain, Sweden and the UK, but face-to-face in Central and Eastern Europe, Greece Italy, Ukraine and Russia.

1Globally, people are more dissatisfied than satisfied with the way democracy is working. Across 34 surveyed countries, a median of 52% are dissatisfied with democracy, compared with 44% who are satisfied. Only 32% agree that elected officials care what people like them think; roughly twice as many (64%) disagree. Public opinion is divided on whether the state is run for the benefit of all people (49% agree, 50% disagree). However, many still trust and value the voting process, as a median of 67% agree that voting gives people like them some say about how the government is run. 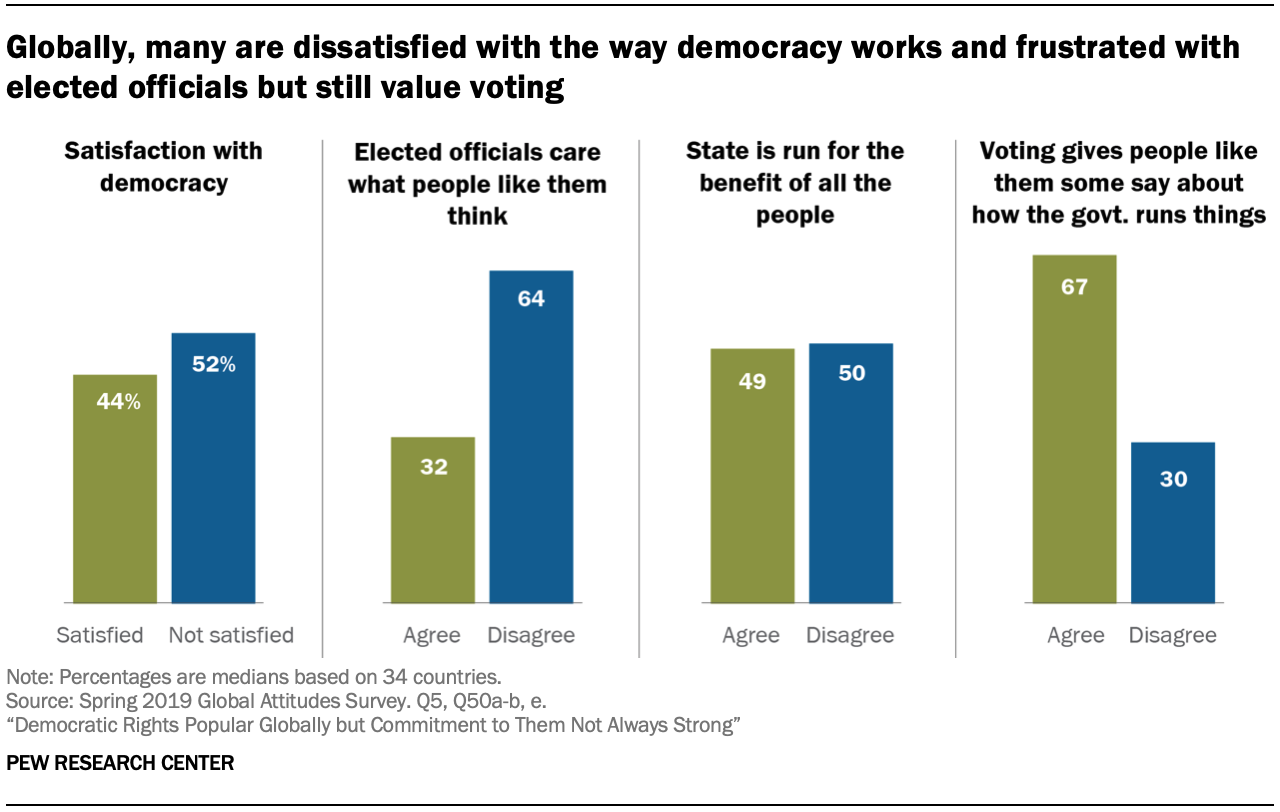 5A fair judiciary and gender equality are seen as the highest democratic priorities worldwide. Majorities in every country surveyed say a fair judiciary is very important, and more than half of people in every country but Nigeria and Tunisia say the same about gender equality. Freedom of religion is more polarizing: It’s the first or second highest rated priority in 11 countries, but the lowest rated in seven others, mostly in East Asia and Europe. The ability of human rights organizations and opposition parties to operate freely are the lowest-rated principles, with global medians of just 55% and 54%, respectively, seeing these priorities as very important. 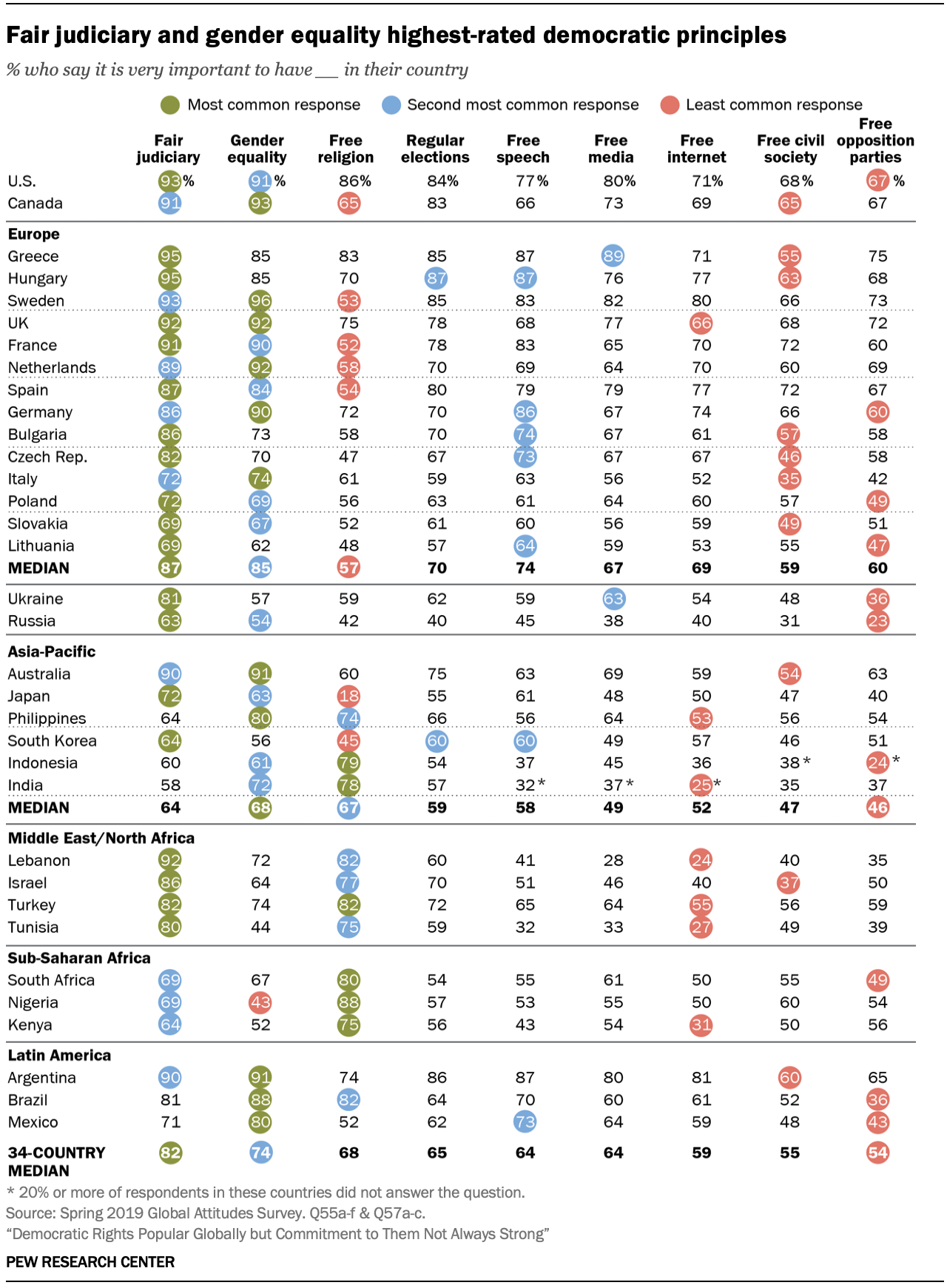 6The perceived importance of freedom of the press varies considerably around the world. Support for free media is highest in Greece, Sweden, the U.S. and Argentina. But in some countries, fewer than half of people say it is very important to for the media to operate without government or state censorship in their country. Just 38% say this in Russia and 28% hold this view in Lebanon. 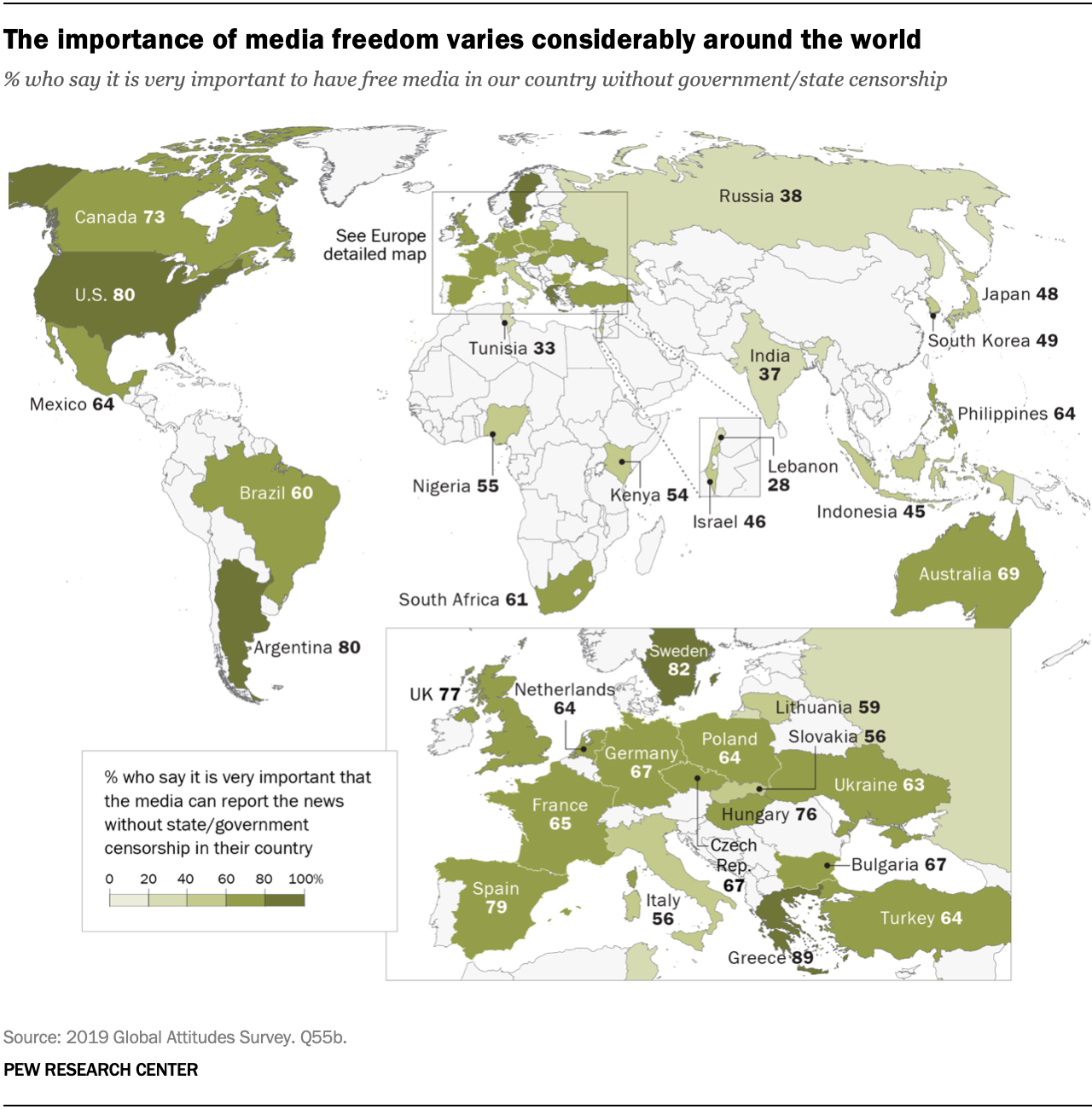 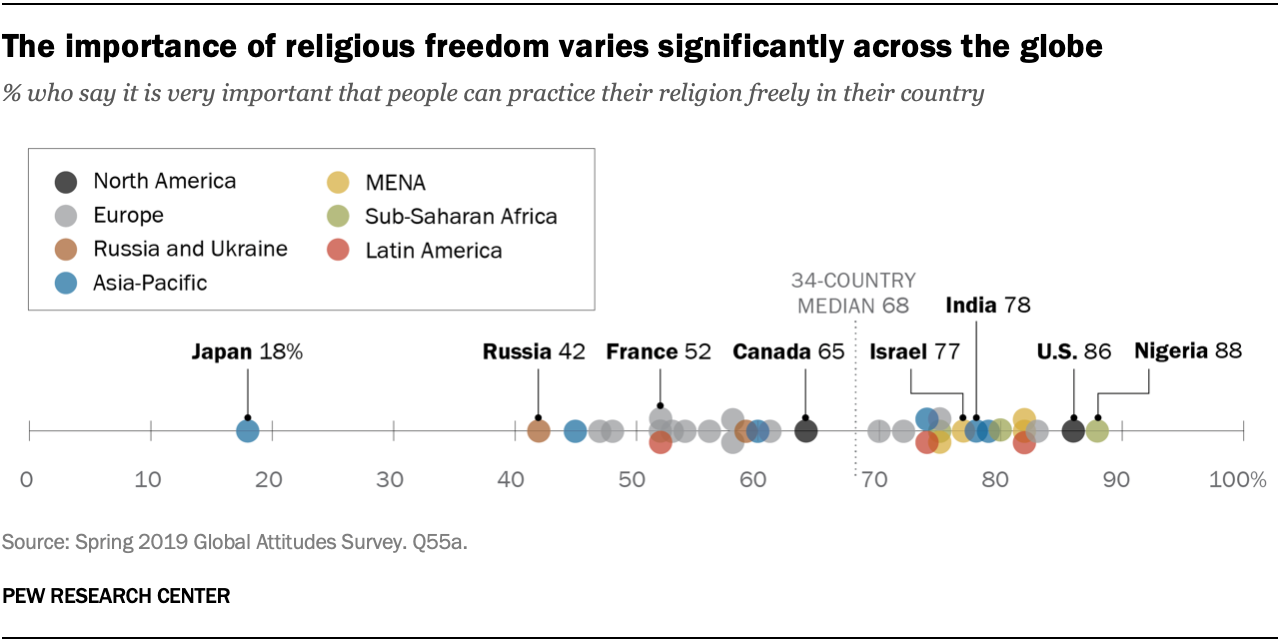 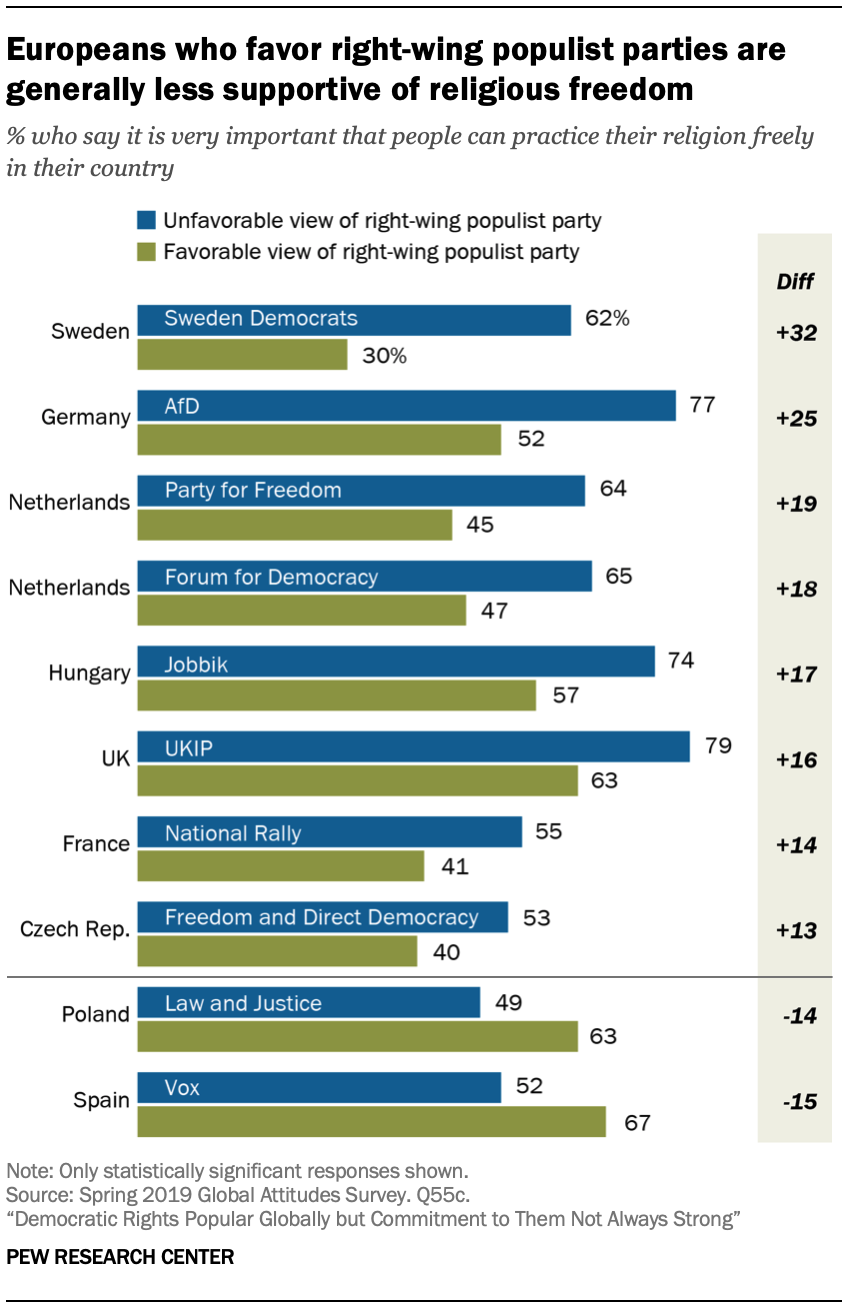 Note: Here are the questions used  for this report, along with responses, and the survey methodology.