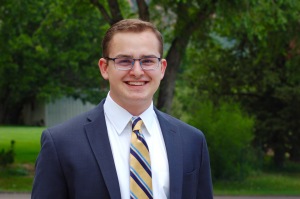 More Americans say their country’s influence in the world has been getting weaker rather than stronger in recent years (47% vs. 19%).

A median of 68% across 19 countries think their country has done a good job dealing with the coronavirus outbreak, with majorities saying this in every country surveyed except Japan. However, most also believe the pandemic has created greater divisions in their societies and exposed weaknesses in their political systems – and these view are especially common in the U.S.

A median of 55% of adults in 18 surveyed countries have confidence in Kamala Harris to do the right thing regarding world affairs.

Prevailing view among Americans is that U.S. influence in the world is weakening – and China’s is growing

Nearly half of Americans (47%) say that the United States’ influence in the world has been getting weaker in recent years.

Only 13% of Americans think the U.S. garners more respect internationally now than in the past, while 19% think it’s as respected as ever.

72% of Americans have confidence in Ukrainian President Volodymyr Zelenskyy, higher than any other international leader asked about.

Here are recent findings about Americans’ views of the diplomatic boycott and how people in the U.S. and around the world see China.

We asked respondents in both countries to, in their own words, define what democracy means to them. Most commonly, people mention three broad concepts: freedom and human rights, elections and procedures, and having a voice in government.

New findings reveal exactly how the United States is more divided than the other 16 advanced economies surveyed.

← Prev Page
You are reading page1Page2Page3
Next Page →