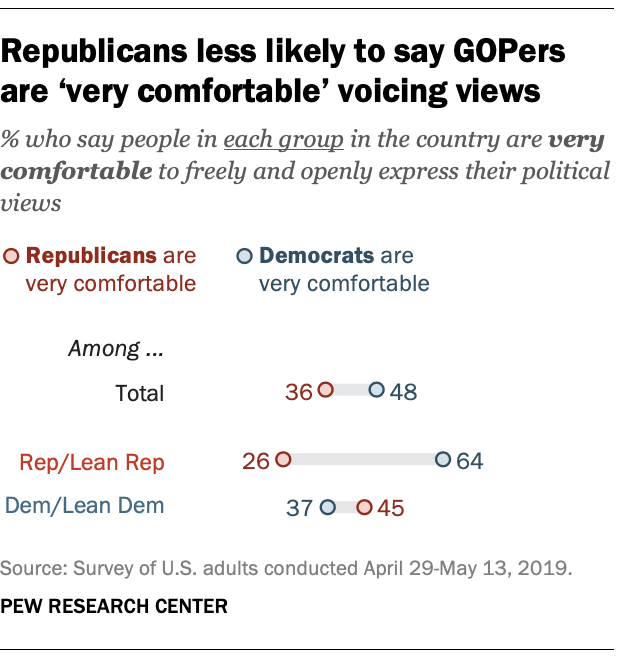 When Republicans take stock of the national climate for political discourse, they see a much more hospitable environment for Democrats than for members of their own party. Nearly two-thirds of Republicans and Republican-leaning independents (64%) think that “Democrats in this country are very comfortable to freely and openly express their political views,” but only about a quarter (26%) think Republicans around the nation experience that same level of comfort.

By contrast, Democrats have only modestly different assessments of the national climate for members of the two parties, according to a new Pew Research Center study of views about political discourse.

These partisan differences are much less pronounced when asking about the climate for Republicans and Democrats “in your community.” 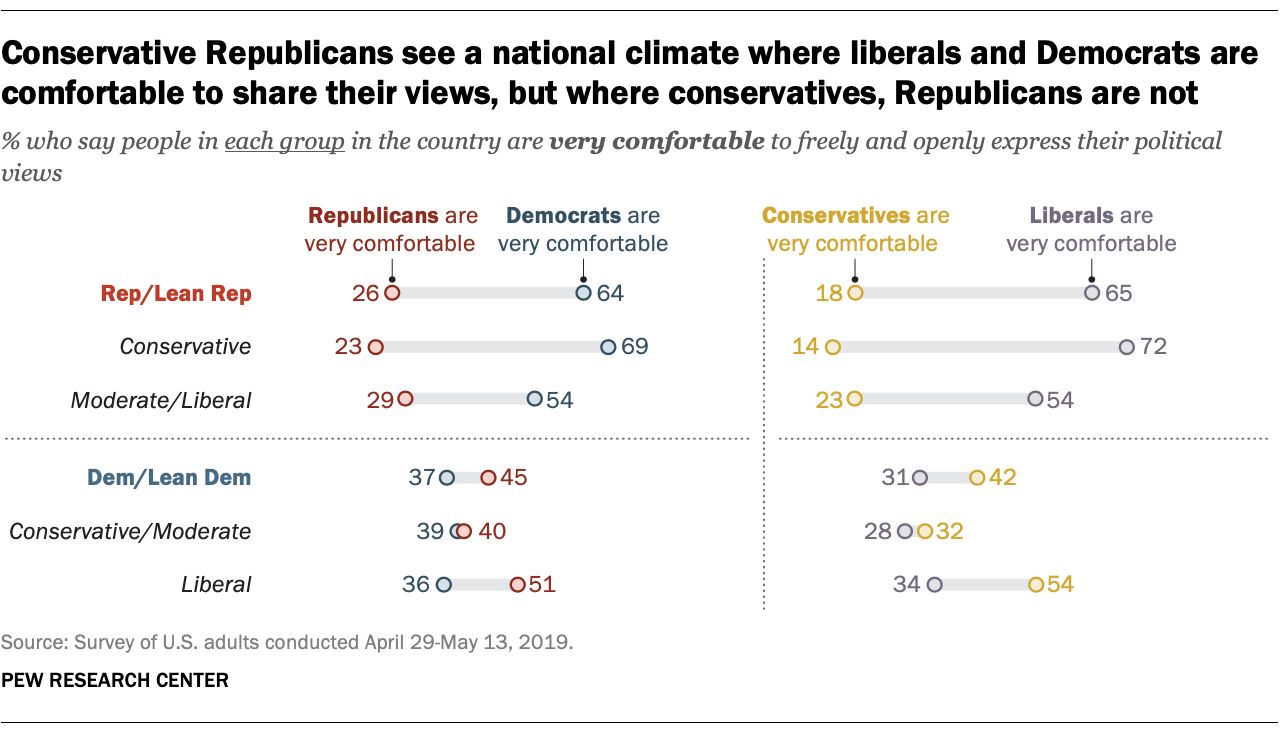 At a personal level, Republicans are more likely than Democrats to say they themselves would feel comfortable discussing politics with someone they don’t know well (57% of Republicans vs. 49% of Democrats say this).

What We Know About Gen Z So Far
America’s Image Abroad Rebounds With Transition From Trump to Biden
What the data says about gun deaths in the U.S.
In U.S., Decline of Christianity Continues at Rapid Pace
World’s population is projected to nearly stop growing by the end of the century