Money sent by immigrants to their home countries in sub-Saharan Africa reached a record $41 billion in 2017. This represents a 10% jump in remittances from the previous year, the largest annual growth for any world region, according to a Pew Research Center analysis of World Bank data. 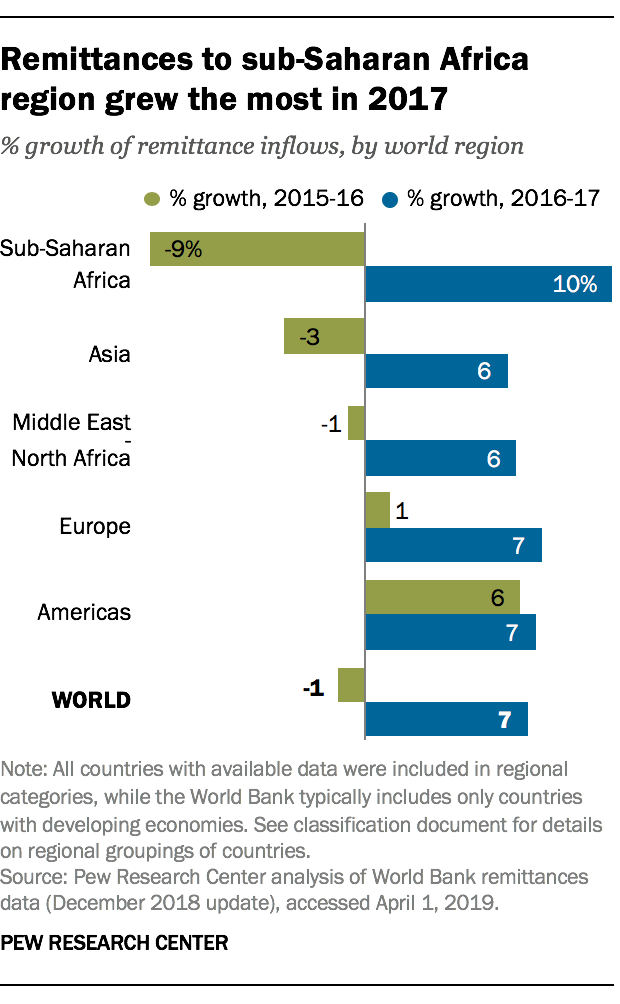 The increase follows a decline in remittances to sub-Saharan Africa in 2016, when the region saw a 9% decrease over the previous year, by far the largest regional drop in the world.

Worldwide, immigrants sent a record $625 billion (in 2018 U.S. dollars) back to their home countries in 2017, a 7% increase from the previous year. Strong economic growth in many major destination regions, stabilizing oil prices and the appreciation of currencies against the U.S. dollar helped fuel the first worldwide increase in remittances since 2014, according to the World Bank. Remittances had declined in 2015 and 2016, the first back-to-back decline in remittances in over three decades.

Remittances are funds transferred by immigrants to people in their home country. The total amount of money sent is likely much larger than current estimates because only funds sent through formal channels such as banks are included. This is especially true for regions like sub-Saharan Africa, where just 40% use formal financial services and two-thirds of non-agriculture workers are part of the informal economy. 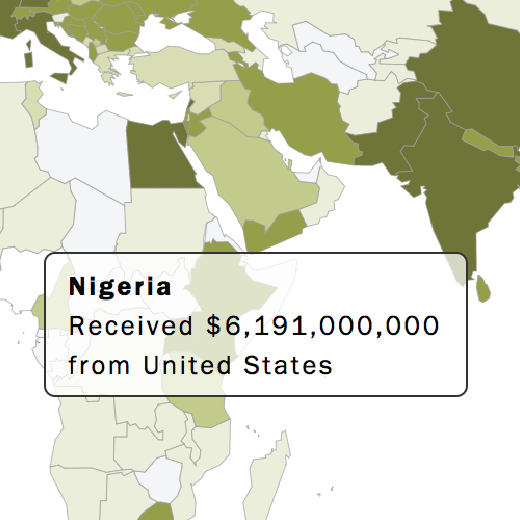 View our updated interactive to see the estimated inflows and outflows of money sent by migrants around the world in 2017. 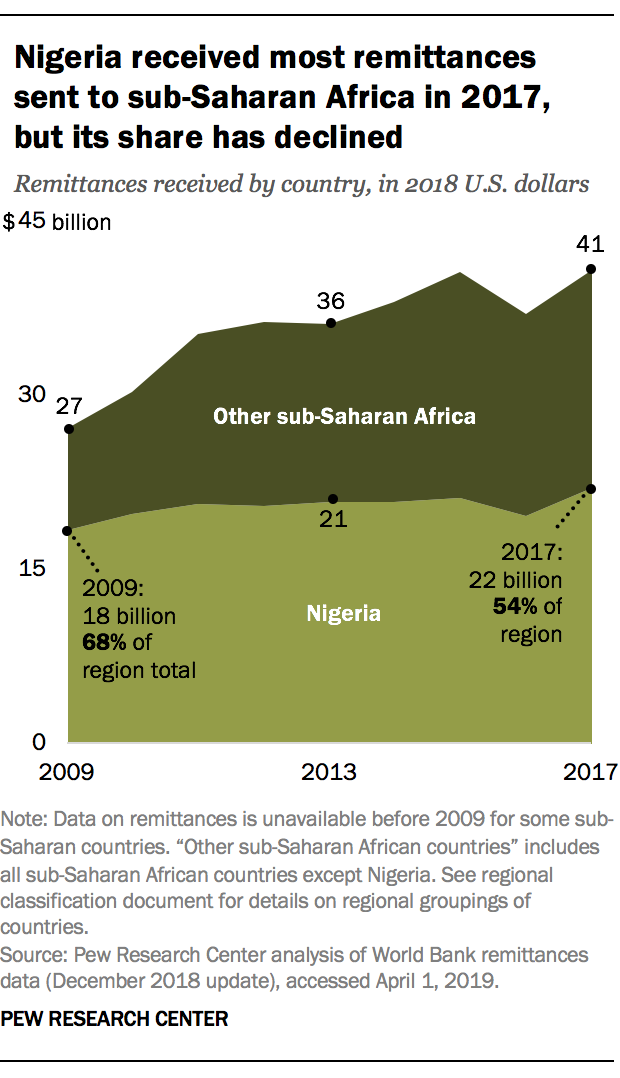 Nigeria receives the largest share of remittances to the region despite an emigrant population of 1.3 million that is smaller than that of Somalia (2 million) and South Sudan (1.8 million), which have the largest sub-Saharan emigrant populations, among others. One reason for this is that many of Nigeria’s emigrants live in countries with strong economies like the U.S. and the UK.

Remittances to sub-Saharan Africa are projected to increase in coming years, according to the World Bank. The region’s population growth is expected to continue, which has the potential to boost migration and remittances sent to the region. Pew Research Center surveys have also found that a substantial share of Nigerians and Kenyans plan to leave their countries to seek opportunities elsewhere.