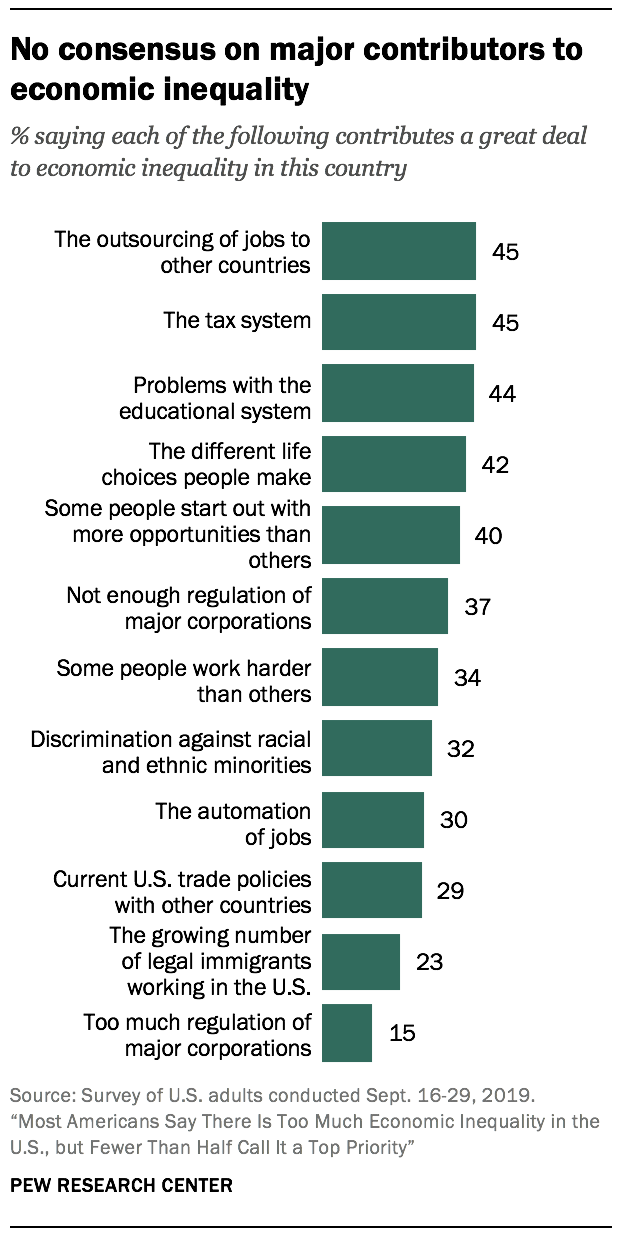 More than four-in-ten Americans say the outsourcing of jobs to other countries, the tax system, and problems with the educational system contribute a great deal to economic inequality in the United States. But many also point to personal factors, such as the different life choices people make and some people working harder than others.

The survey asked U.S. adults how much, if at all, several measures contribute to economic inequality in this country. Across all measures asked, there is no single measure where a majority of Americans say it contributes a great deal to inequality. Roughly equal shares point to a series of structural issues including the outsourcing of jobs to other countries (45%), the tax system (45%) and problems with the educational system (44%).

And about four-in-ten cite factors such as the different life choices people make (42%) and the fact that some people start out with more opportunities than others (40%). 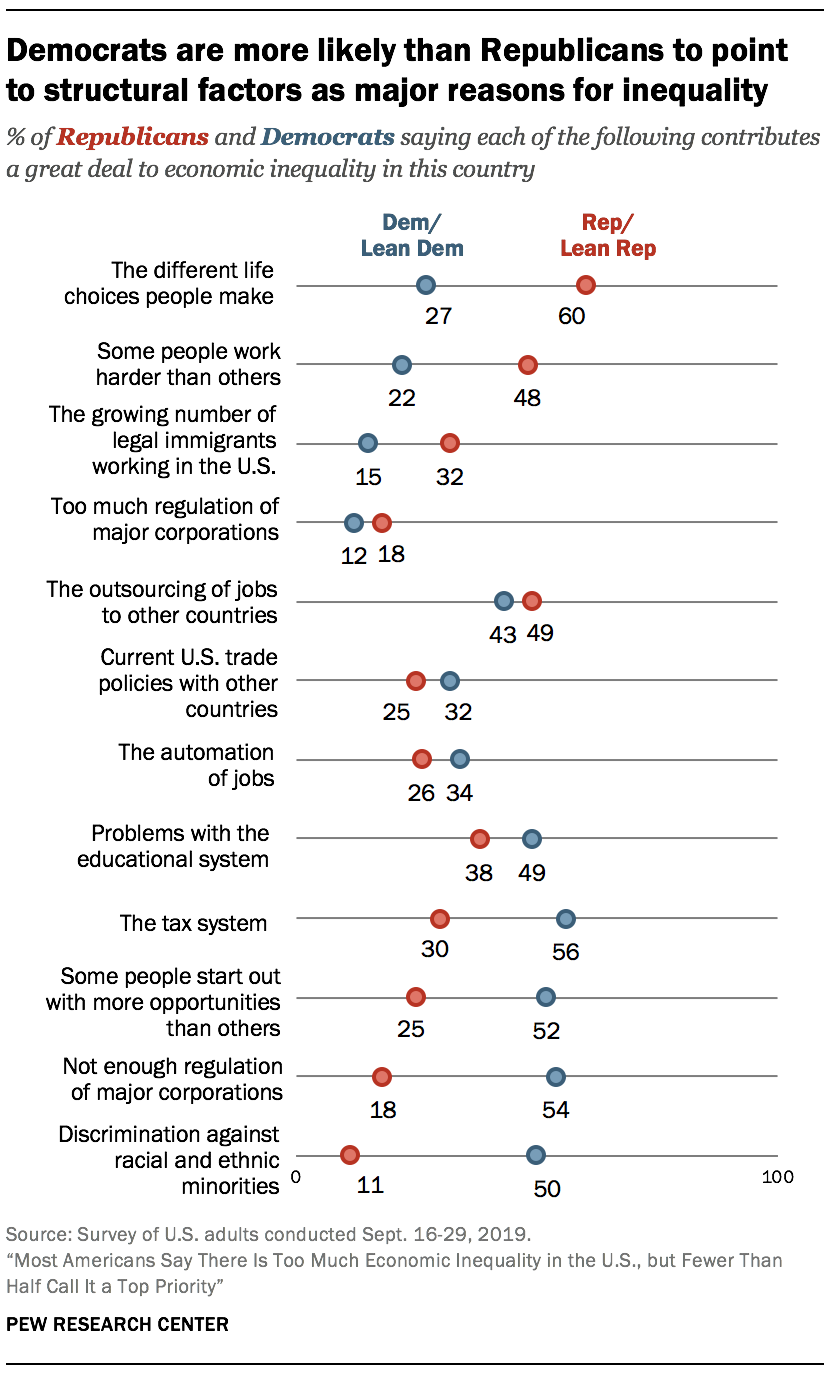 Six-in-ten Republicans say that the different choices people make contribute a great deal to economic inequality. By contrast, just 27% of Democrats say this. Republicans are also more likely than Democrats to see some people working harder than others as a major contributor to inequality (48% vs. 22%).

Meanwhile, half of Democrats – compared with just 11% of Republicans – say discrimination against racial and ethnic minorities contributes a great deal to inequality in this country. By double-digit margins, Democrats are also more likely than Republicans to say the tax system, differences in opportunities and not enough regulation of major corporations contribute a great deal to economic inequality.

There are also divisions within the party coalitions. While a majority of Republicans overall (60%) say that people’s different choices in life contribute a great deal to economic inequality, lower-income Republicans (46%) are significantly less likely than Republicans with middle (63%) or higher (74%) incomes to say this. 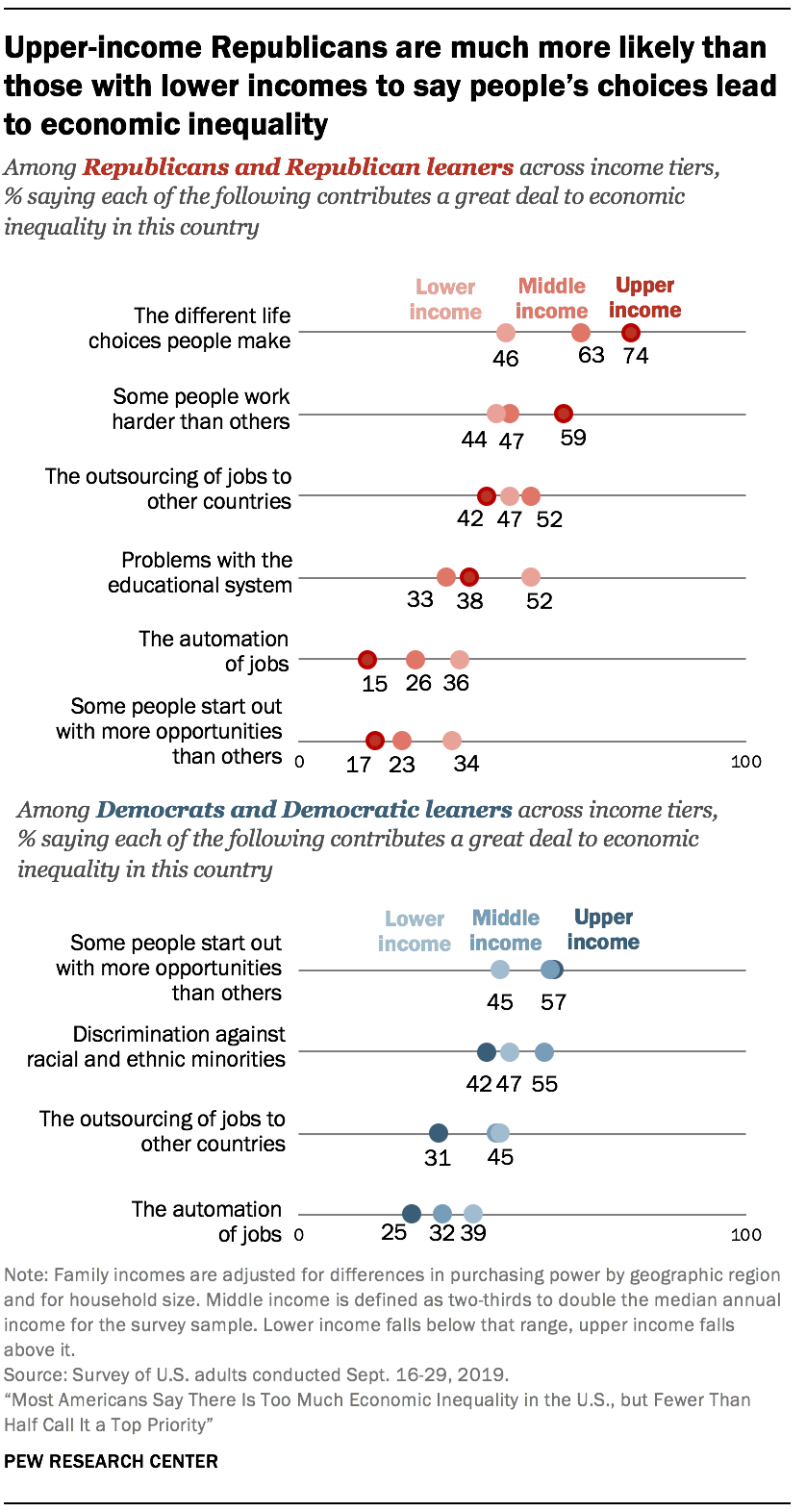 Among Republicans, views differ by income, though majorities of all groups say that most people can get ahead if they work hard. Still, one-third of those with lower incomes (34%) say hard work and determination are no guarantee of success, compared with 21% of middle-income Republicans and just 14% of those with upper incomes. Lower-income Democrats are about evenly divided, while larger shares of middle-income and upper-income Democrats say hard work is not a determination of success. 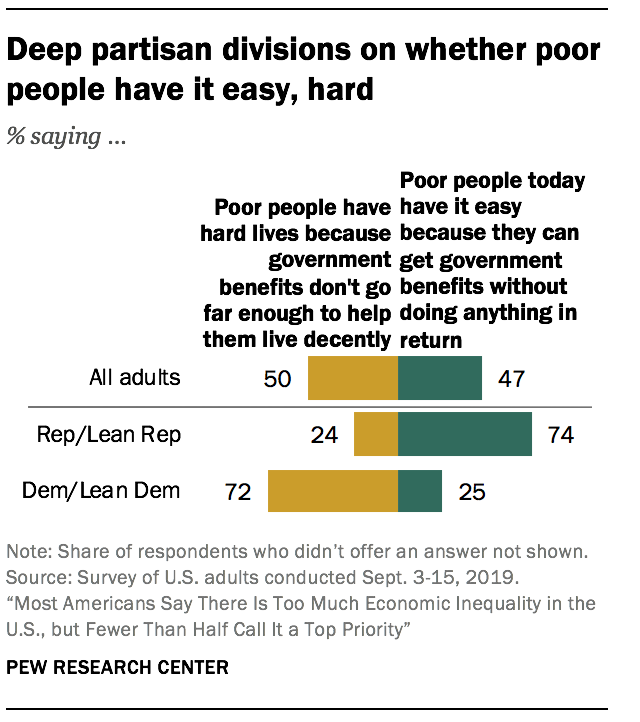