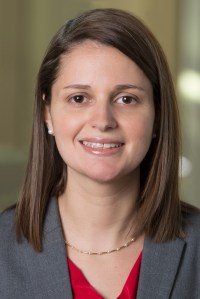 Juliana Menasce Horowitz is associate director of research at Pew Research Center. She is involved in all stages of the research process, including designing and managing major survey projects, developing questionnaires, analyzing polling data, writing reports and presenting survey results. She has conducted research and written on various social issues, including racial attitudes, cross-national views of gender equality, and the changing American family, and also has worked actively on the Center’s U.S. politics and global attitudes research efforts. Before joining Pew Research Center in 2006, Horowitz worked at the Center for American Politics and Citizenship at the University of Maryland. She received a doctorate in political science from the University of Maryland at College Park. Horowitz regularly presents findings from the Center’s studies to the policy and academic communities and has been interviewed by numerous domestic and international media outlets.