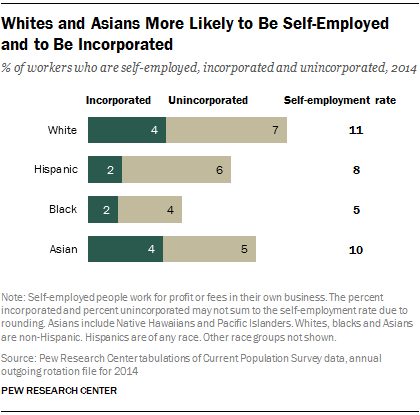 Whites and Asians are more likely than Hispanics and blacks to be self-employed, and this racial and ethnic gap extends through most industries. Self-employed Asians and whites also have a greater likelihood of having paid employees and, among businesses with paid employees, white- and Asian-owned firms typically hire more workers than firms owned by Hispanics and blacks. 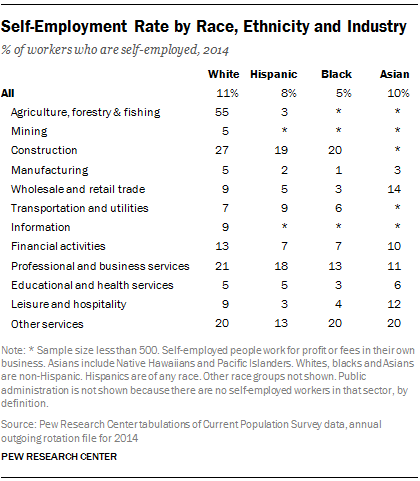 Notably, in construction, self-employment among whites was higher than among Hispanics, by 27% to 19%. (The construction industry was of vital importance in providing employment opportunities for Hispanics, especially for immigrants, in the pre-Great Recession era.23) There was also a vast gulf in self-employment between whites and Hispanics in agriculture, forestry and fishing, by 55% to 3%.

Hiring Among the Self-Employed by Race and Ethnicity 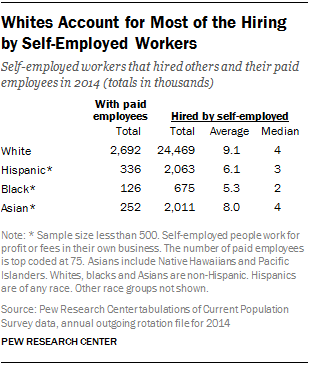