Job Creation by the Self-Employed 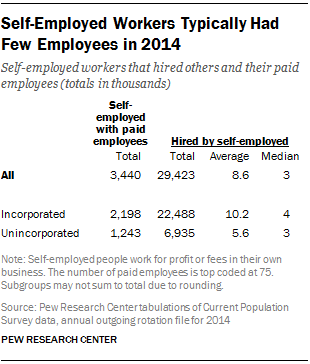 The Pew Research analysis finds that a small share of business owners with a relatively large number of employees are the drivers of job creation by the self-employed. Specifically, more than half the jobs created by self-employed workers flow from only about one-tenth of the self-employed with paid employees. Most of these businesses were incorporated. 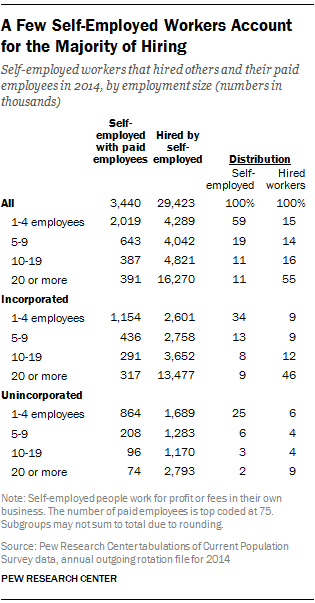 Self-Employment and Job Creation by Industry 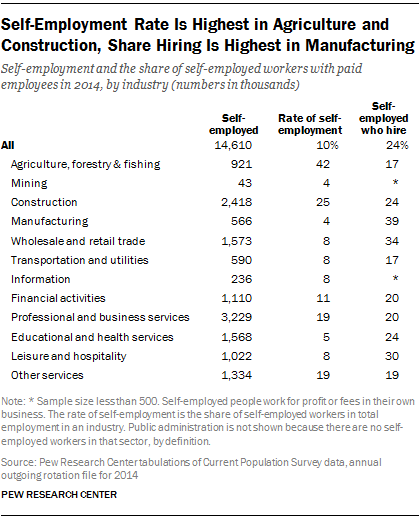 Outside of agriculture, forestry and fishing, the 2014 self-employment rate was highest in construction (25%); professional and business services, which runs the gamut from legal to landscaping services (19%); other services, encompassing barber shops, auto repair shops and the like (19%); and financial activities, including real estate and insurance services (11%).17 The self-employment rate was in the single digits in all other industries, less than the overall rate of 10%. 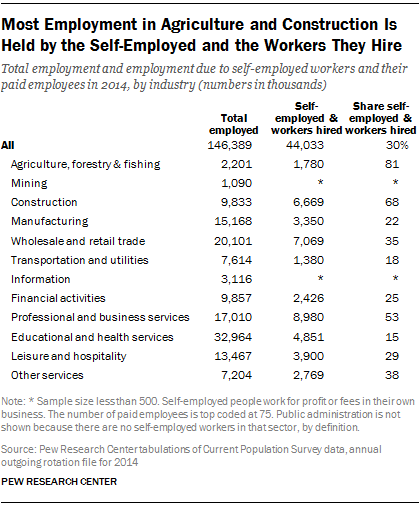 On the other hand, job creation by self-employed workers was of lesser importance in educational and health services, transportation and utilities, and manufacturing. In these three sectors, the self-employed and the workers they hired accounted for about one-in-five or less of total industry employment.

Next: The Gender Gap in Self-Employment and Hiring
← Prev Page
Page1You are reading page2Page3Page4Page5Page6Page7
Next Page →