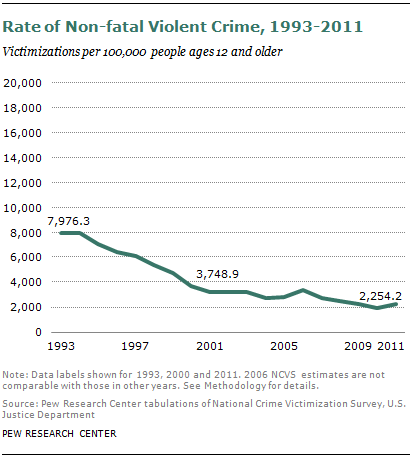 As with firearm crimes, the rate of overall non-fatal violent crime—defined as aggravated or simple assault, robbery or sex crimes (with or without a gun)—also is lower than it was in the early 1990s. From 1993 to 2011, the U.S. non-fatal violent crime victimization rate for Americans ages 12 and older declined 72%.

By gender, males accounted for 55% of non-fatal violent crime victimizations in 2011, somewhat higher than their 49% proportion of the population ages 12 and older. 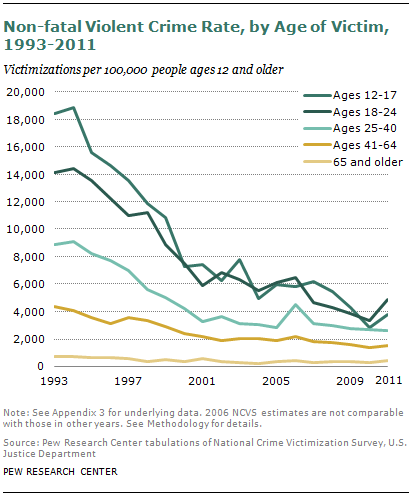 In terms of age, young adults have the highest victimization rates. The highest rate is among those ages 18 to 24, followed by those ages 12 to 17. 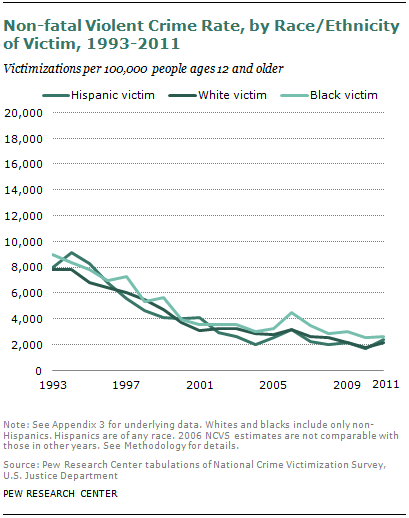 There were no statistically significant differences by racial and ethnic group in 2011 rates of non-fatal violent crime.

Non-fatal violent crime rates declined at a similar pace from 1993 to 2010 among those ages 12 and older in the nation’s three largest racial and ethnic groups—77% for whites, 79% for Hispanics and 71% for blacks.