In addition to homeownership, Americans have considerable stakes in private businesses.6 On this score, however, there is not much evidence that young adult households are any less likely to own a business. According to Federal Reserve data, about 8% of households headed by those younger than 35 owned a privately held business in 2010, similar to the level observed in 2001. Business ownership did decline among households in the 35-to-44 age bracket. 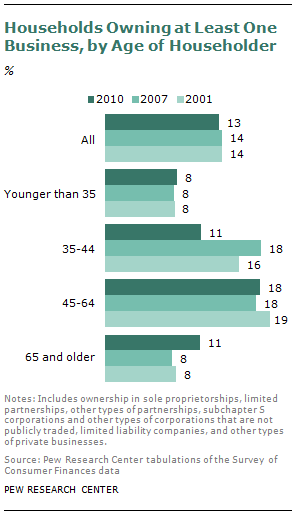 Next: References
← Prev Page
Page1Page2Page3Page4Page5Page6You are reading page7Page8Page9Page10
Next Page →