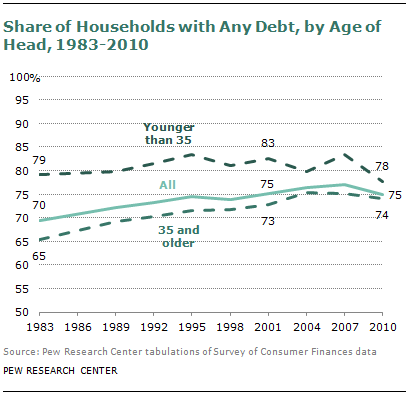 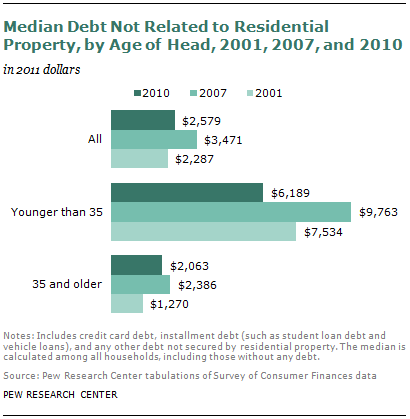 By contrast, older households tend to have greater non-property-related debt than they did at the start of the decade. In 2001 the typical household with a head 35 and older owed $1,270 in debt not tied to property. By 2010 the median older household owed $2,063.

The Distribution of Debt

Returning to all debt, including debt secured by residential property, the median household debt among young adults declined from 2001 ($17,938) to 2010 ($15,473). The median household refers to the middle household, meaning that half of young adult households owed $15,473 or less in 2010 and half owed more than $15,473. The shortcoming of the median statistic is that debt, like wealth, is heavily concentrated. Some households have no debt, and a few households have accumulated very large amounts of debt. Given how skewed debt is across households, it is revealing to examine the distribution of debt and not just the median. 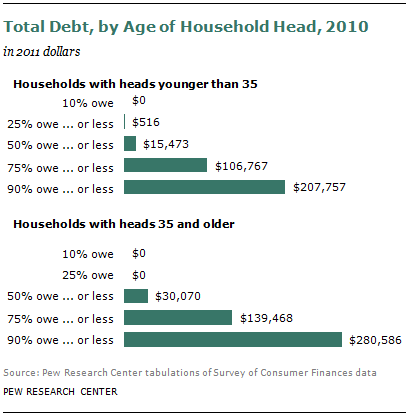 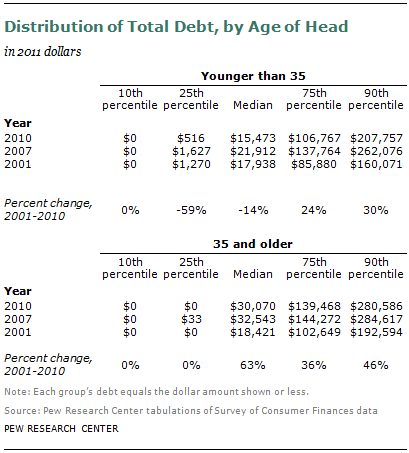 Uniformly across the distribution, debt tended to increase more for households age 35 and older than for young adult households from 2001 to 2010. 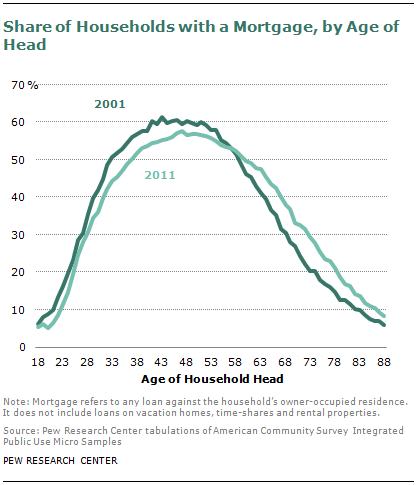 A major driver of the decline in indebtedness among young adults is that fewer of them have a home mortgage. The American Community Survey reveals the fraction of households who have a loan on their primary residence. In 2001 34% of households headed by those younger than 35 had a mortgage. By 2011 only 30% of young adult households had a mortgage. The ACS shows that households whose heads were up to about the age of 57 were less likely to have a mortgage in 2011 than in 2001. But households whose heads were age 58 and older were more likely to have a mortgage (or less likely to own their homes free and clear) in 2011 than in 2001. Generally, mortgage debt tends to be significantly greater than other types of debt such that these changing patterns of owing a mortgage account for why young adults tend to be less in debt over the decade but households headed by those 35 and older are more in debt. 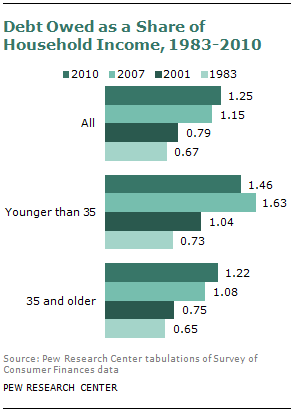 The Specifics of Debt

In the Survey of Consumer Finances the household’s total debt can be broken down into six separate types of debt: debt secured by residential property (including vacation homes and rental properties as well as the primary residence), vehicle loans, student loan debt, other installment debt (for example, for furniture or appliances), credit card debt (including debt on revolving store accounts and gasoline company cards), and other kinds of debt.

In the critically important category of debt against residential property, the share of young adult households owing such debt fell from 37% in 2001 to 35% in 2010, according to the Survey of Consumer Finances. Among households with heads age 35 and older, the incidence of debt against residential property increased from 49% in 2001 to 52% in 2010. 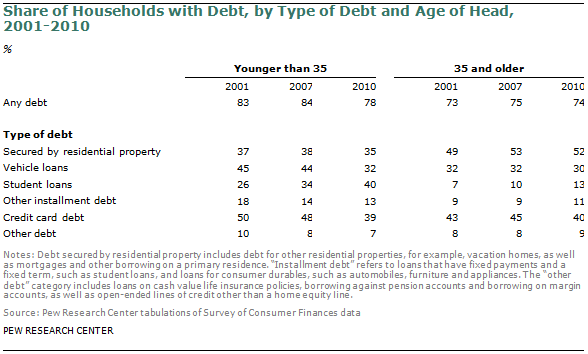 Student loan debt has been a growing component of total household debt (Fry, 2012; Federal Reserve Bank of New York, 2012), and both the incidence and outstanding amounts owed have been rising. The incidence of borrowing for education was up sharply for both younger and older households. By 2010 40% of households headed by a young adult had one or more outstanding student loans, up from 26% in 2001. Student loan obligations also nearly doubled in terms of prevalence among households headed by those 35 and older. In 2010, 13% of older households owed student loans, up from 7% in 2001.5 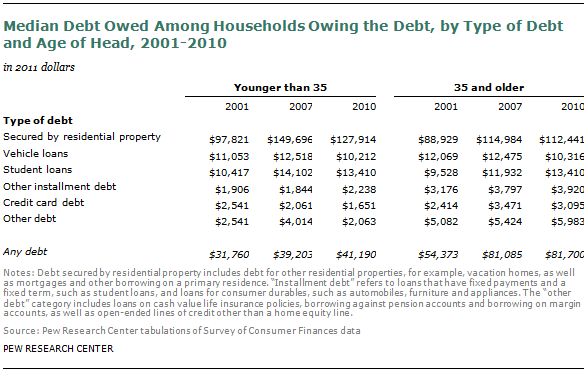 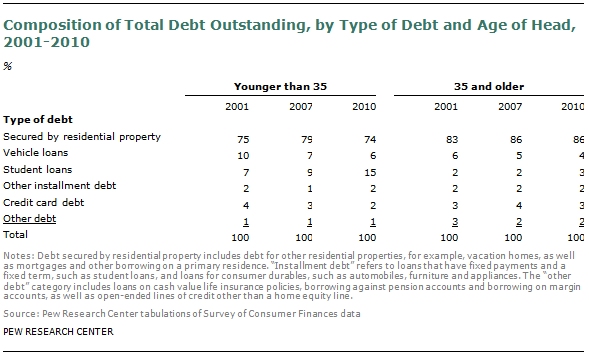 The Indebtedness of Young Adult Households 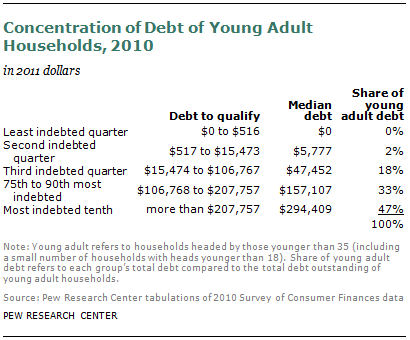 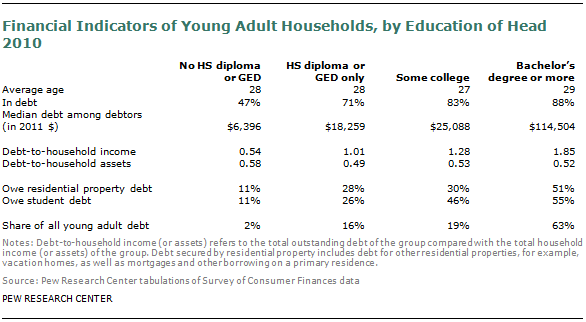