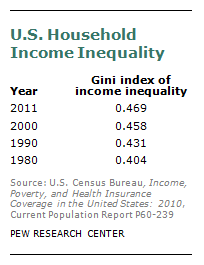 Over the past 30 years income has become less equally distributed among the nation’s households. One widely used measure of inequality, the Gini index, ranges between 0 and 1, with 0 denoting complete equality (every household has the same income) and 1 complete inequality (one household receives the entire national income and all others receive nothing). The U.S. Census Bureau reports that income inequality based on the Gini index has increased by about 16% in the past three decades, from 0.404 in 1980 to 0.469 in 2011. 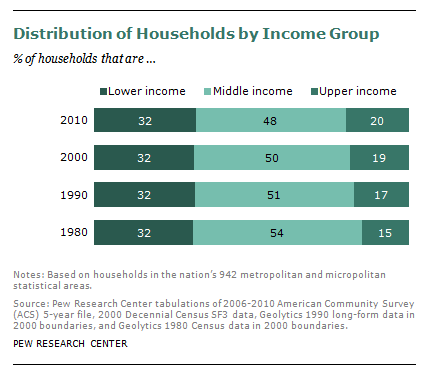 To be sure, even with these increases over time in the shares of tracts that have a high concentration of households at one end of the income scale or the other, the vast majority of tracts in the country—76%—do not fit this profile. Most of America’s neighborhoods are still mostly middle income or mixed income—just not as many as before.