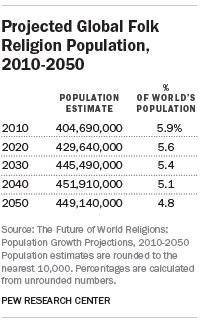 An estimated 405 million people – or about 6% of the world’s population – were adherents of folk or traditional religions in 2010, and that number is expected to grow to 450 million by 2050. This increase will not keep pace with overall population growth, however, and the folk religion population is expected to drop to roughly 5% of the total world population in the decades ahead. 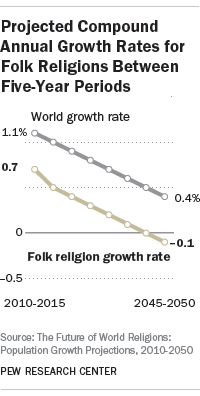 Folk religions are challenging to measure. Less institutionalized and more diffuse than many other faiths, folk religions often are omitted as a category in surveys even in countries where they are widely practiced. For example, though folk religions are pervasive in China, they typically do not appear in surveys in China because they are not among the five religions officially recognized by the government. By necessity, the Pew Research Center’s estimate of the number of adherents of folk religions in China has relied instead on survey questions about worship of gods or spirits associated with Chinese folk religions. (See Methodology.)

In addition, the boundaries between folk religions and other religions are blurry in some contexts. For example, anthropologist Tik-sang Liu observes that for ordinary people in Hong Kong and Macau, “there is no clear boundary between Buddhism, Taoism and local [folk] religious practice.”47 In sub-Saharan Africa, many of those who identify with Christianity or Islam – and thus are counted in this study as Christians or Muslims – also incorporate elements of African traditional religions into their lives.48 Moreover, folk and traditional religions are not always offered as response categories in large-scale demographic and health surveys in the region. 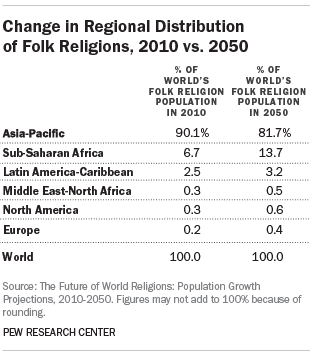 In the decades ahead, the share of the world’s folk religion population living in the Asia-Pacific region is expected to decline somewhat, to 82% by 2050, while the shares living in sub-Saharan Africa and the Latin America-Caribbean region are expected to increase (to 14% and more than 3%, respectively). 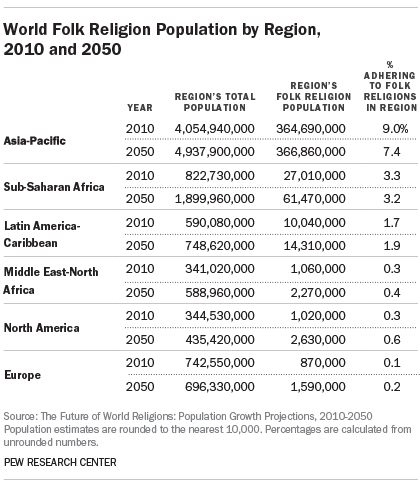 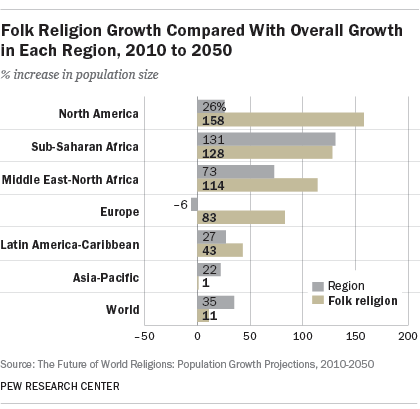 In future decades, there are expected to be a few million more followers of folk religions in Latin America and the Caribbean (14 million in 2050 vs. 10 million in 2010). 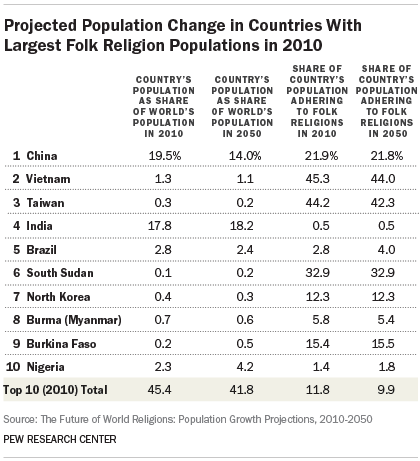 Adherents of folk religions are not heavily concentrated in countries that are expected to experience large population growth between 2010 and 2050.

No country had a clear majority of its population practicing folk religions as of 2010.49 However, more than 40% of people in Vietnam (45%) and Taiwan (44%) were followers of folk religions. 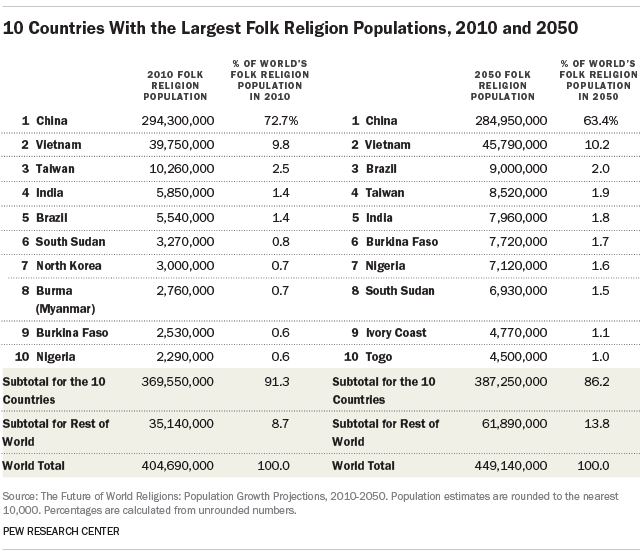 Data on the fertility of adherents of folk and traditional religions is not easy to gather on a regional basis, primarily because of the many different religious groups that make up the category. Nonetheless, there are some notable fertility differences in a few regions. In sub-Saharan Africa, for example, the TFR for the folk religion population in the 2010-2015 period is higher than the rate for the region overall (5.1 vs. 4.8). By contrast, the TFR of the folk religion population in Latin America and the Caribbean is substantially lower (1.4) than the rate for the region’s total population (2.2). 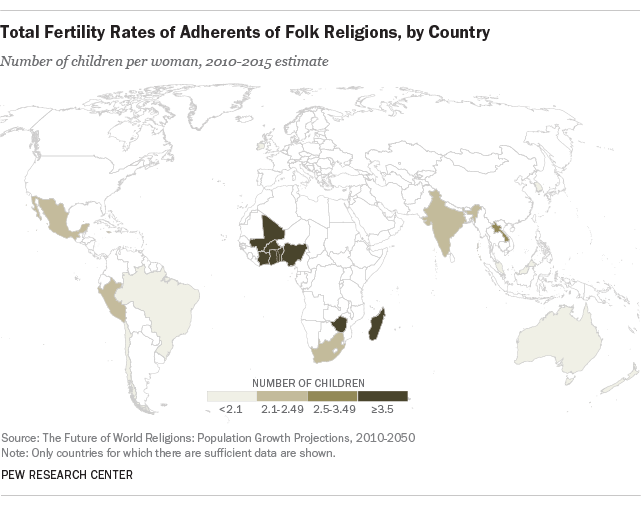 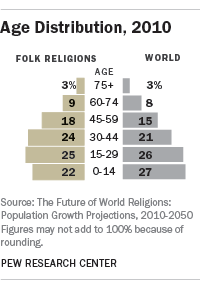 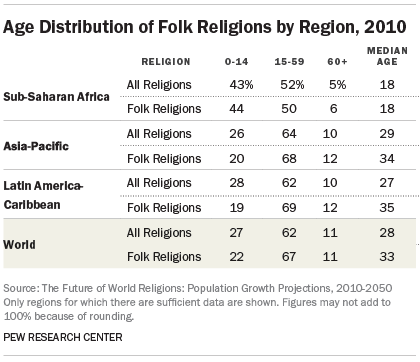 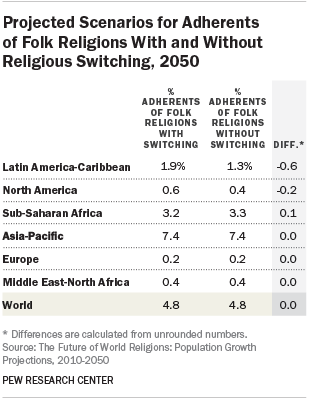 With a relatively small folk religion population worldwide, and an even smaller number of migrants who belong to folk religions, migration is not expected to significantly alter the number of adherents of folk religions in various regions of the world. 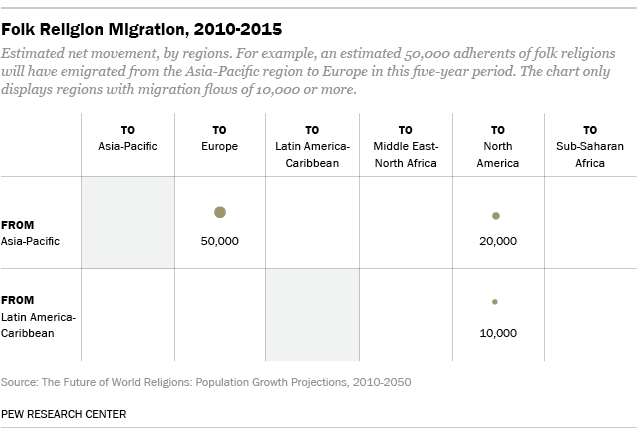 Next: Other Religions
← Prev Page
Page1Page2Page3Page4Page5Page6Page7Page8You are reading page9Page10
Next Page →