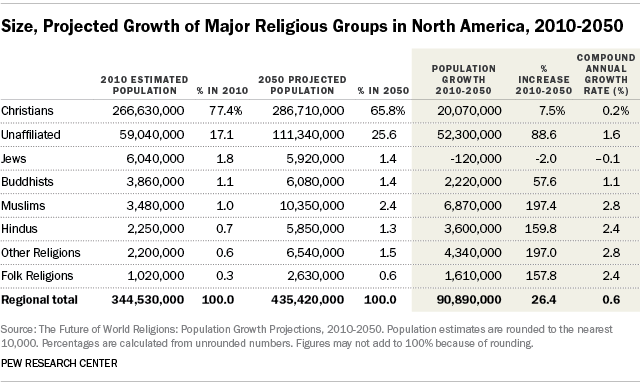 North America’s Hindu and Buddhist populations are expected to reach around 6 million each by 2050, although the rate of increase is projected to be much greater for Hindus (160%) than for Buddhists (58%). Increases of more than 100% also are forecast for the number of people who practice folk religions or identify with other religions (such as members of the Baha’i faith, Jains and Sikhs).

The size of the Jewish population in North America is projected to decrease slightly between 2010 and 2050; this is because Jews in the region were relatively old and had low fertility rates compared with other religious groups as of 2010. Some religious switching out of Judaism also is expected.67 By mid-century, North America’s Muslim population is expected to be larger than its Jewish population (10 million Muslims vs. about 6 million Jews). 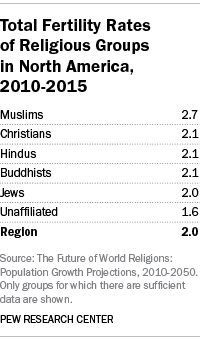 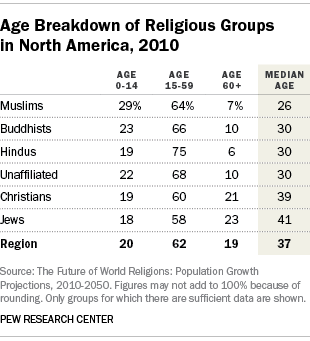 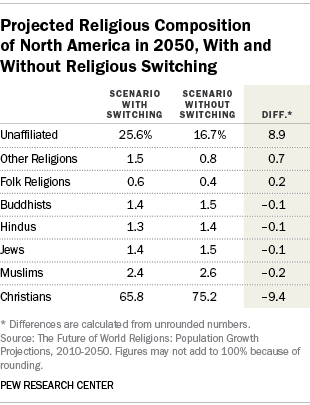 Religious switching also is expected to result in an increase in the proportion of North Americans in the “other religions” category, which includes such groups as Unitarian Universalists and Wiccans.69 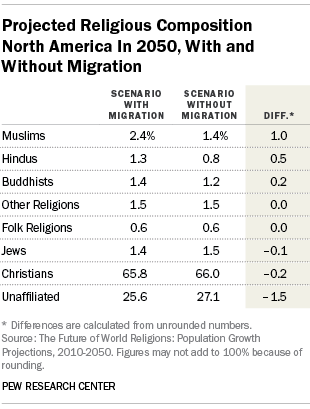 Migration also is expected to alter the religious landscape of North America in future decades. (For information on the impact of migration on the demographic projections in this report, see Chapter 1.) Muslims, Hindus and Buddhists all are expected to increase as a share of North America’s population because of immigration, primarily from countries in the Asia-Pacific region and the Middle East and North Africa. By contrast, the Jewish and religiously unaffiliated populations are projected to be slightly smaller in size in the decades ahead than they would be if migration were not taken into account. Migration is not expected to substantially change the share of the region’s population that is Christian.70

Next: Appendix A: Methodology
← Prev Page
Page9Page10Page11Page12Page13Page14Page15Page16Page17You are reading page18Page19
Next Page →