To do this, the survey, conducted March 8-14, 2021, asked respondents to indicate whether they got political news in the past week from each of 25 national news outlets (see Appendix A for details). These are the same outlets included in the content analysis study.1

Roadmap to Part 2 of this report

Respondents were then grouped into six groups based on the audience makeup of the outlets they turn to for political news. These outlets are classified in the content study as having a left-leaning, right-leaning or mixed audience. 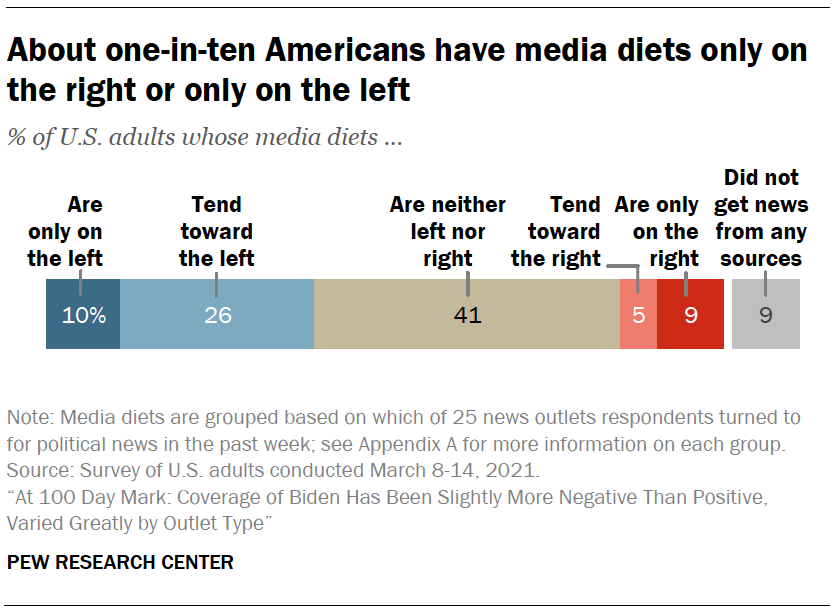 Additionally, 9% of respondents did not get political news in the past week from any of the 25 outlets asked about. This group is less likely to follow news about a variety of topics and is not included in most of the analysis in this report.

The demographic makeup of these media diet groups varies. 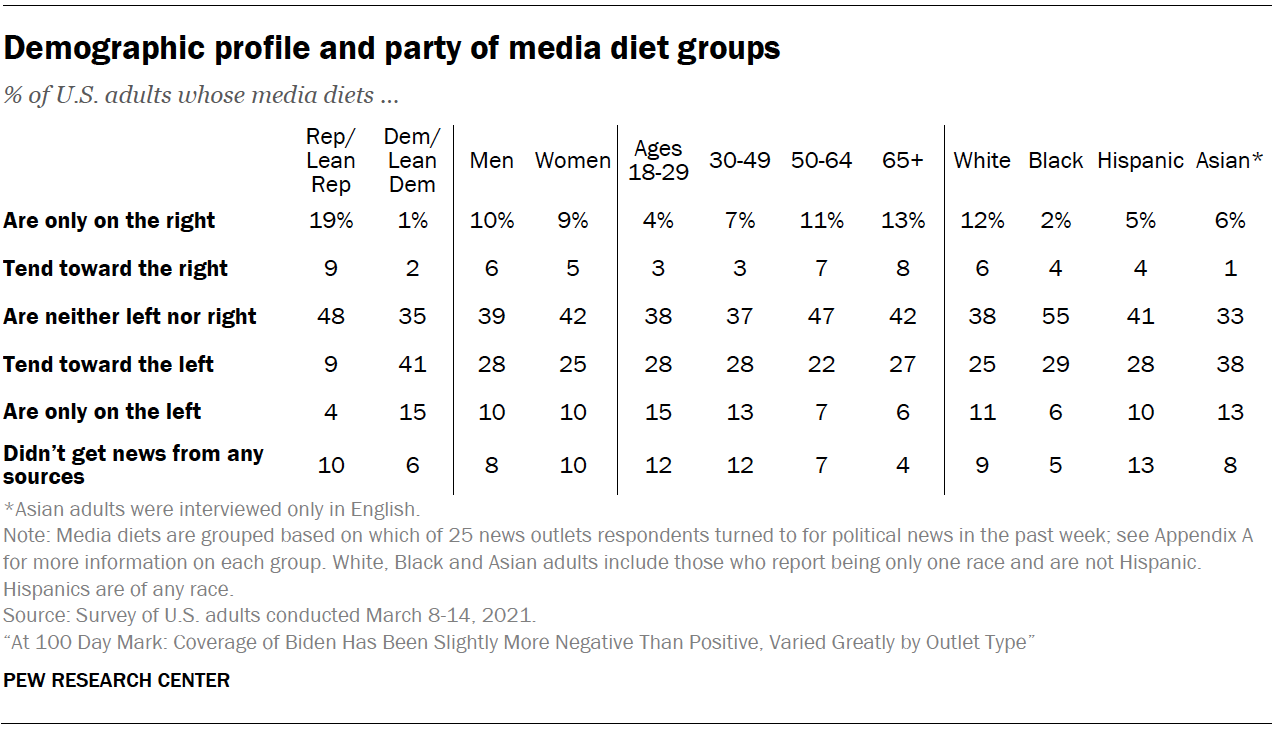 But substantial portions of those who identify with or lean toward each party – including nearly half of Republicans (48%) and about a third of Democrats (35%) – have media diets that do not tend to the left or the right. 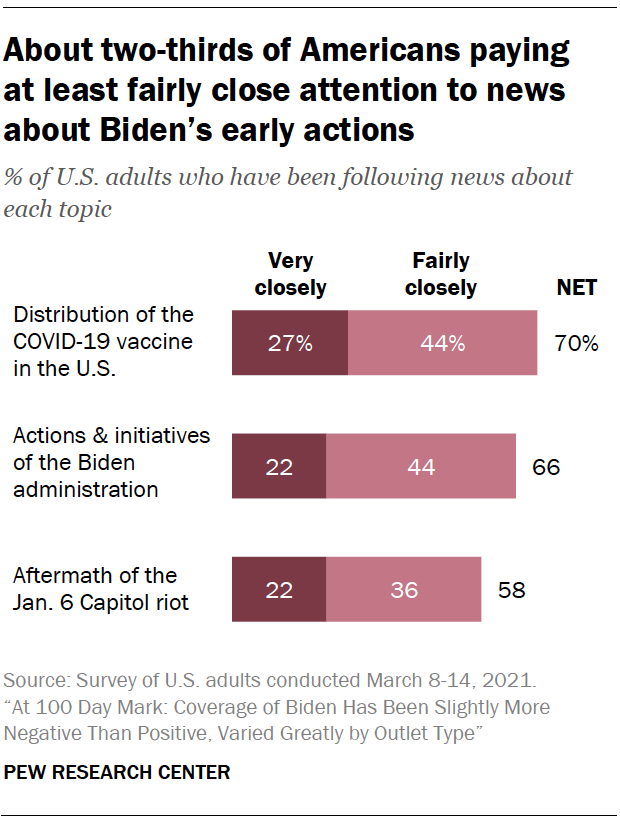 Overall, a majority of Americans have paid attention to news about the Biden administration as well as to two other major storylines in the news. 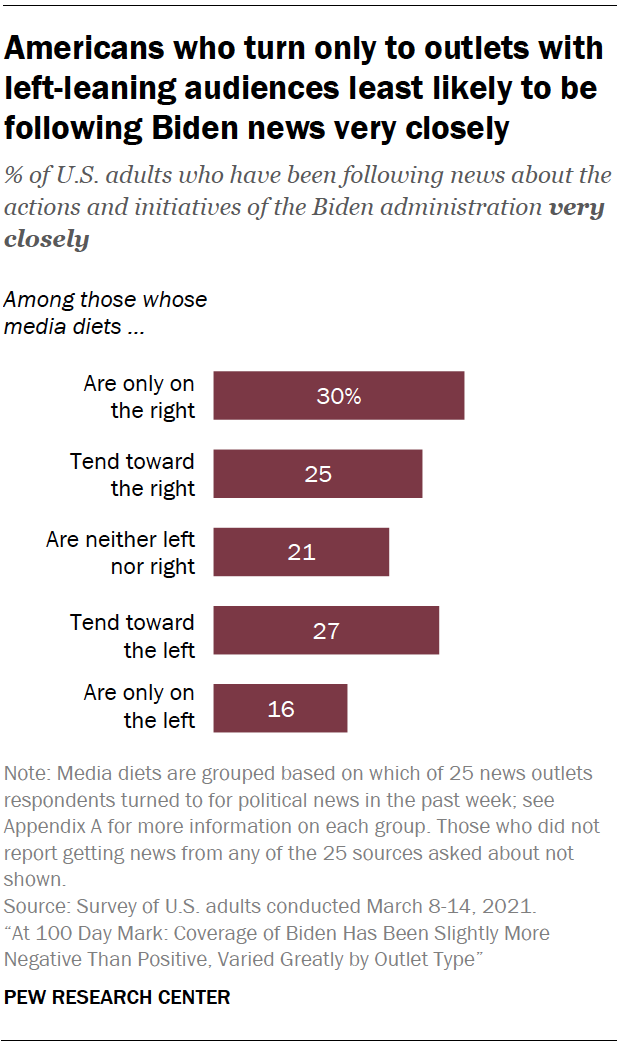 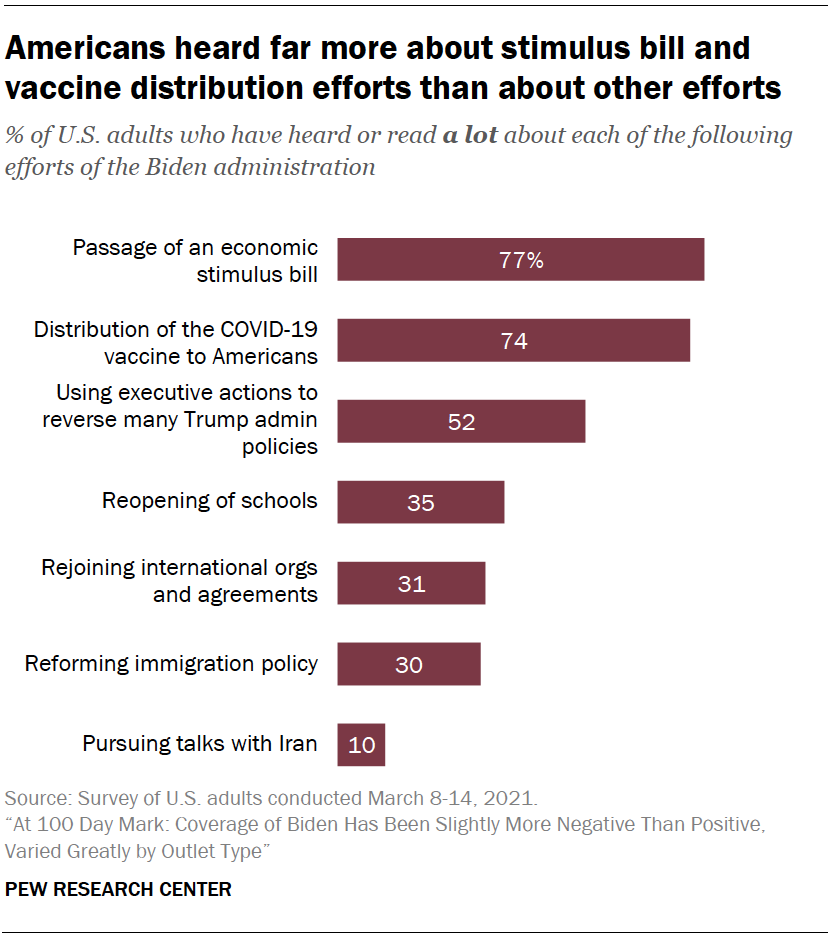 A number of key events related to the new Biden administration occurred in the weeks leading up to and during the March 8-14 survey period. These included the following:

The one storyline the groups with media diets on the left or tending left had heard considerably more about than the right-only and tend-right groups was vaccine distribution. Three-quarters of those who turn only to outlets with left-leaning audiences had heard a lot about the vaccine rollout, as had 85% of those whose media diet tends toward the left. That compares with 59% of the group with a right-only media diet and 64% of the group whose media diet tends toward the right.

Awareness of news about the economic stimulus bill was more consistent across groups. About three-quarters (73%) or more of all five media diet groups said they had heard a lot about the stimulus bill.

The two topics most Americans were most likely to have heard a lot about are largely in line with the analysis of coverage in Part I, where the economy and health care were the two leading topics covered during the period studied. 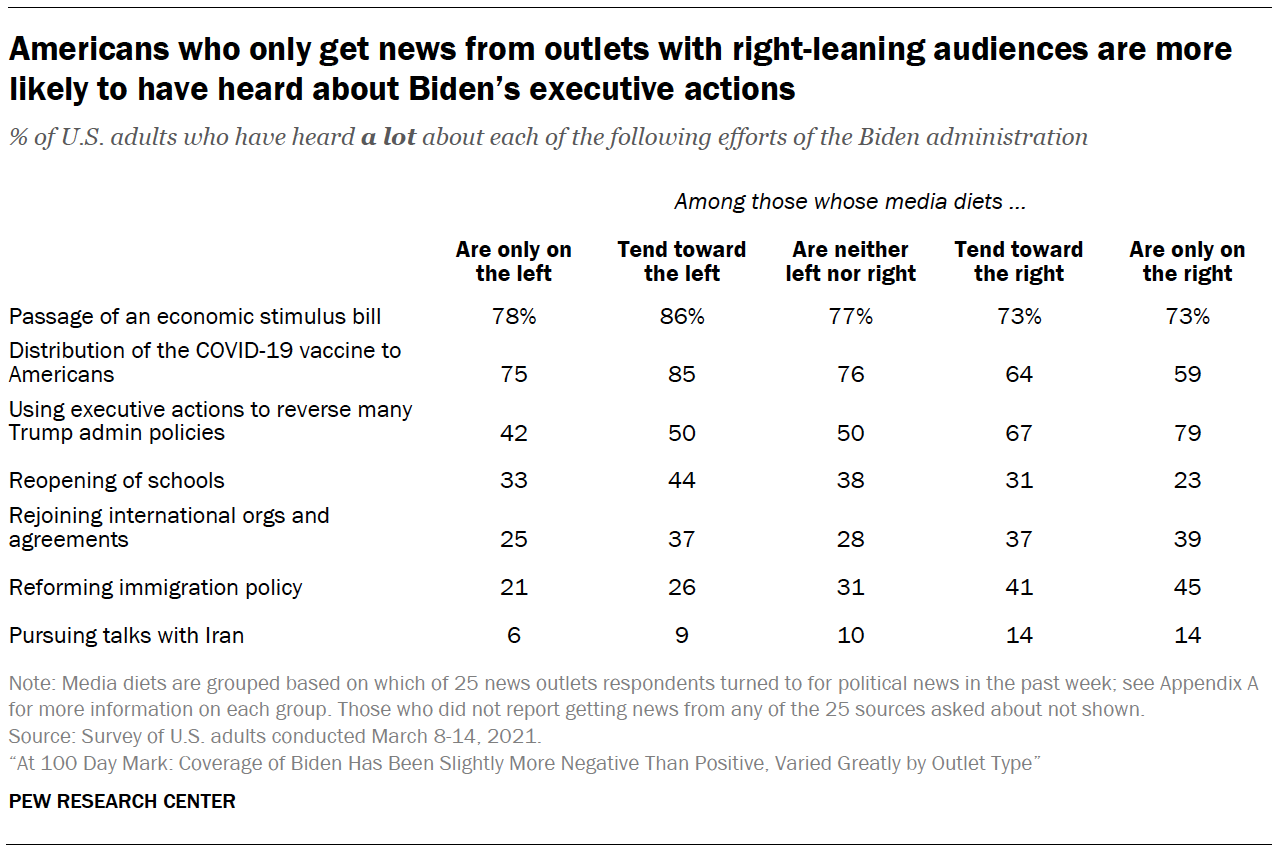 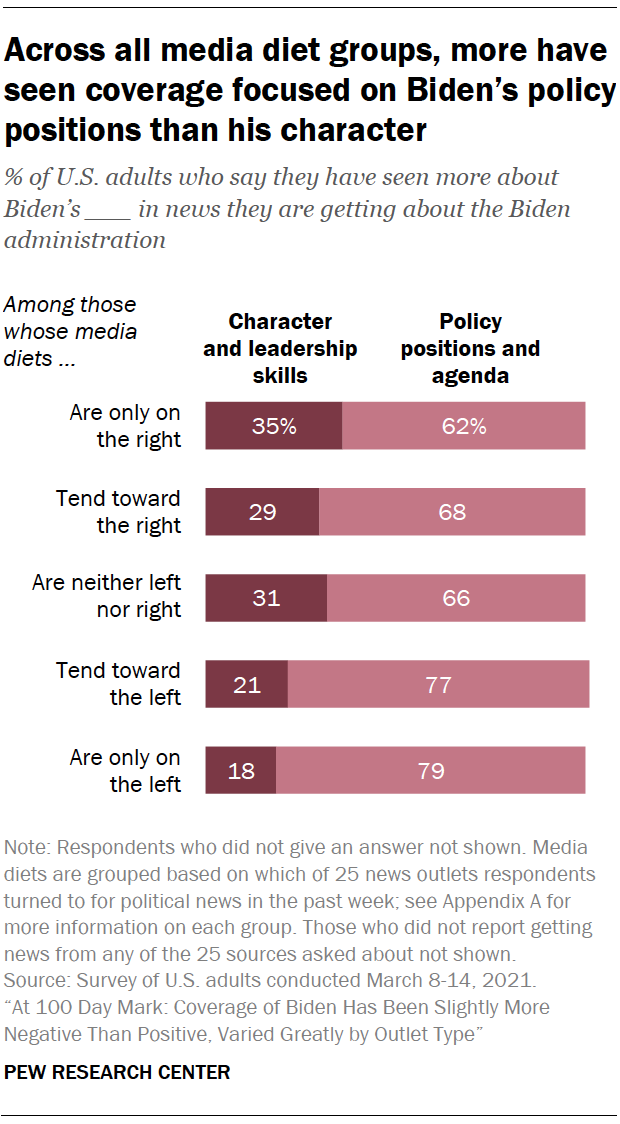 Roughly seven-in-ten Americans overall (69%) said in the March survey they had been seeing more news related to Biden’s policy positions and agenda than to his character and leadership skills.

This is an area of broad consistency across those with varying media diets. Americans who turn only to or tend to get news from outlets with left-leaning audiences were the most likely to say they had seen more news about Biden’s policy positions (79% and 77%, respectively). Still, a majority of those who consume news only from sources with right-leaning audiences (62%) said the same.

These responses are also in line with the findings from the study of news coverage in Part I, which showed a heavier focus on Biden and his administration’s policy and agenda than on character and leadership skills, including a majority of stories from outlets with left-leaning audiences, right-leaning audiences and mixed audiences.