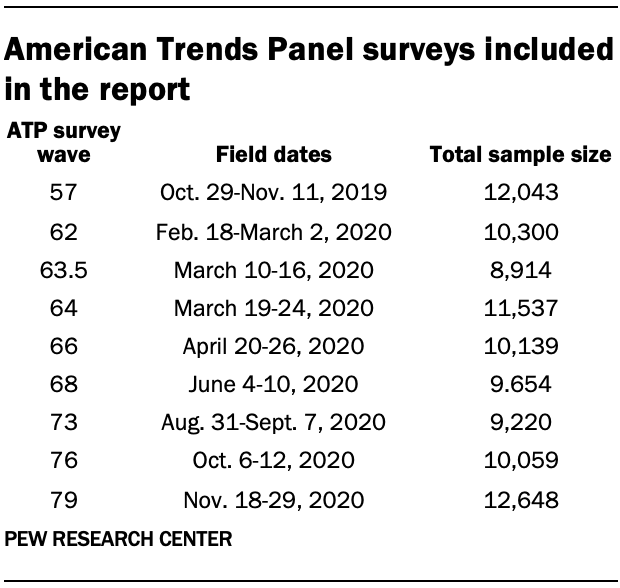 For the analysis of Republicans and Republican-leaning independents who relied most on Donald Trump and the White House coronavirus task force for news about COVID-19, custom weights were created for the subset of panelists who participated in each wave. New weights were created for the five pairs of surveys that were analyzed using that question. To ensure consistency across waves for panelists’ demographics, analysis of panelists who responded to both Wave 66 and Wave 68 was additionally restricted to those who remained active panelists as of Wave 72.

For the analysis of media diets across the November 2019, September 2020 and November 2020 surveys, a custom weight was created for the subset of panelists who participated in all three waves. These weights used the population benchmarks listed in the accompanying table. For details about how individual waves were weighted, refer to the full methodologies linked above.

These weights are trimmed (typically at about the 1st and 99th percentiles) to reduce the loss in precision stemming from variance in the weights. Sampling errors and tests of statistical significance take into account the effect of weighting.

Specific weighting design and parameters for the individual panel waves can be found in each wave’s methodology. 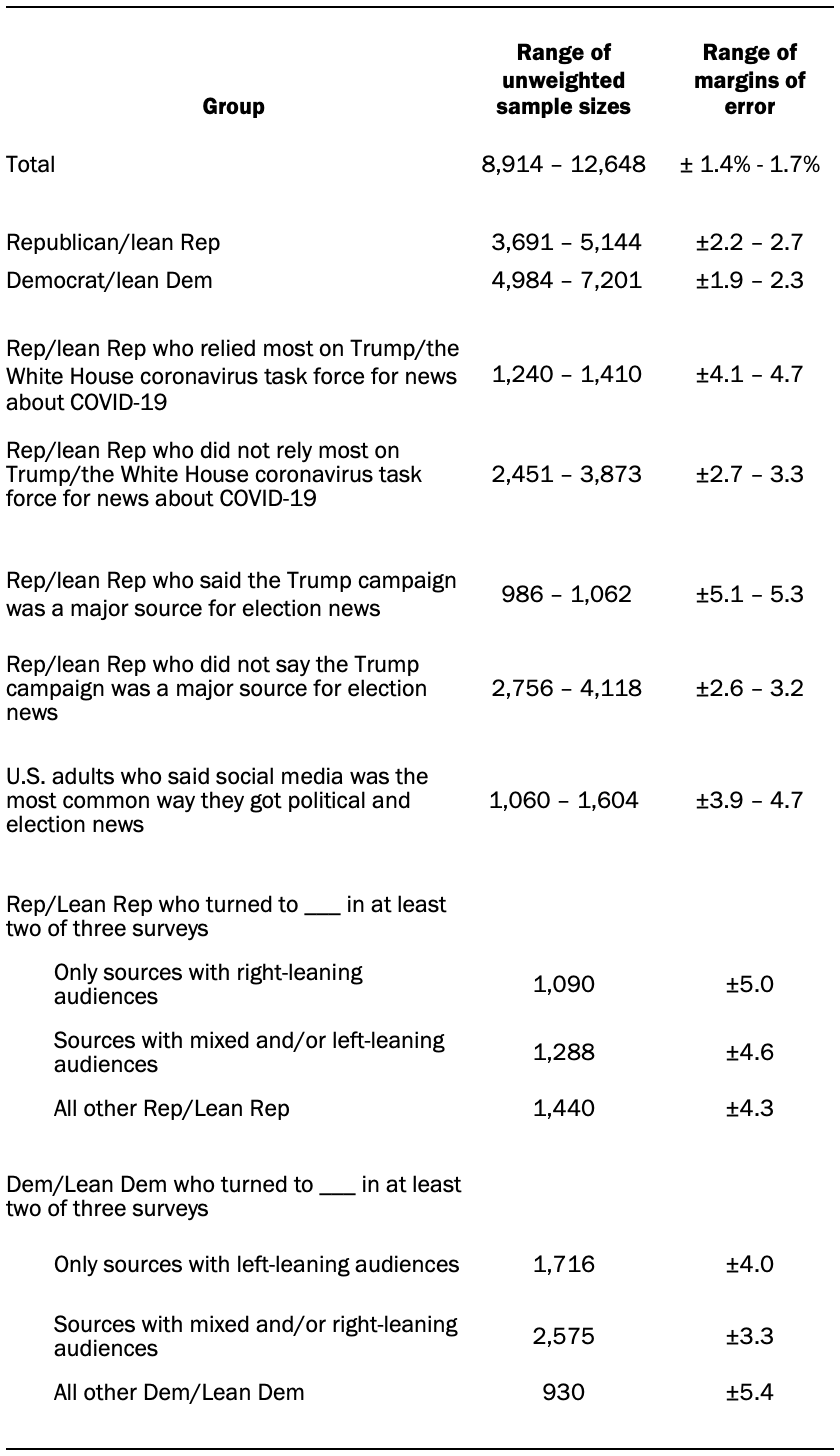 How Americans Navigated the News in 2020: A Tumultuous Year in Review 1. About a quarter of Republicans, Democrats consistently turned only to news outlets whose audiences aligned with them politically in 2020 2. Republicans who relied on Trump for news in 2020 diverged from others in GOP in views of COVID-19, election 3. Misinformation and competing views of reality abounded throughout 2020 4. Americans who mainly got news via social media knew less about politics and current events, heard more about some unproven stories 5. Republicans’ views on COVID-19 shifted over course of 2020; Democrats’ hardly budged Appendix: Measuring news sources used during the 2020 presidential election Acknowledgments
Methodology