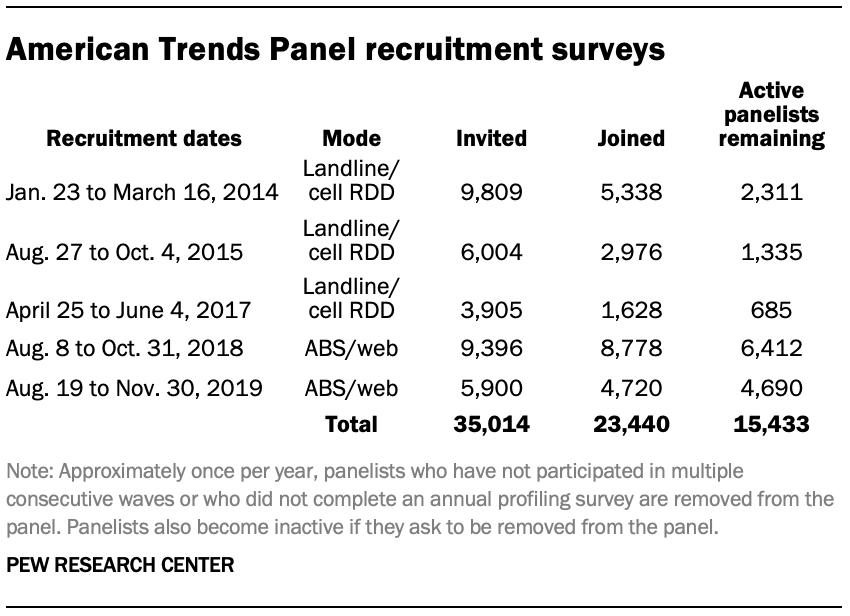 Data in this report is drawn from the panel wave conducted March 19 to March 24, 2020. A total of 11,537 panelists responded out of 15,433 who were sampled, for a response rate of 75%. This does not include five panelists who were removed from the data due to extremely high rates of refusal or straightlining. The cumulative response rate accounting for nonresponse to the recruitment surveys and attrition is 4.1%. The break-off rate among panelists who logged on to the survey and completed at least one item is 2%. The margin of sampling error for the full sample of 11,537 respondents is plus or minus 1.5 percentage points.

Next: Appendix
← Prev Page
Page1Page2Page3You are reading page4Page5
Next Page →

Americans who primarily get news through social media are least likely to follow COVID-19 coverage, most likely to report seeing made-up news
Americans Immersed in COVID-19 News; Most Think Media Are Doing Fairly Well Covering It
Most Americans are confident hospitals can handle the needs of the seriously ill during COVID-19 outbreak
Most Americans Say Federal Government Has Primary Responsibility for COVID-19 Testing
U.S. Public Sees Multiple Threats From the Coronavirus – and Concerns Are Growing
Social Media Use in 2021
What the data says about gun deaths in the U.S.
Defining generations: Where Millennials end and Generation Z begins
Key facts about U.S. immigration policies and Biden’s proposed changes
Views on Race in America