Though there is debate about the exact numbers, the Arab-American population is clearly on the rise. In the 2011 American Community Survey, the U.S. Census Bureau reported there were close to 1.8 million Arab Americans living within the United States, an approximately 47% increase in population size from 2000.[1] Some believe, moreover, that this dramatically undercounts the population. According to the Arab American Institute, for instance, the number of Arab-Americans is increasing at an even greater rate, with a total population closer to 3.7 million.[2]

Regardless of the exact size, the community is enormously diverse. The Arab-American population has ancestral ties to 22 countries, varying religious backgrounds, and complex historical, cultural, and political identities. The U.S. population is concentrated in five markets-the Detroit/Dearborn area, Los Angeles, New York/New Jersey, Chicago, and Washington D.C., but segments of the population live in all 50 states.[3] 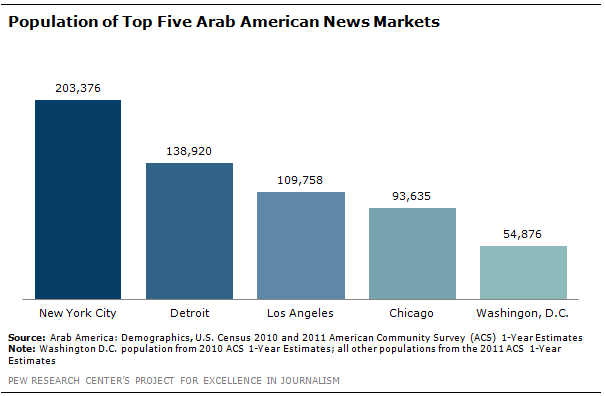