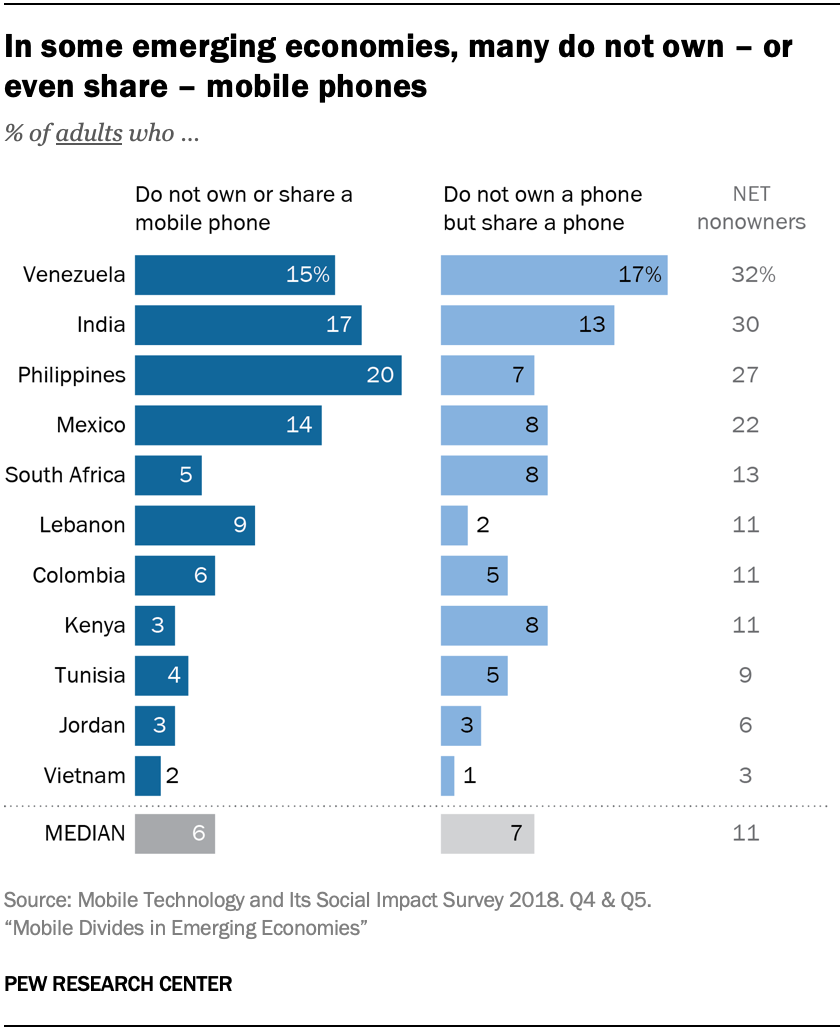 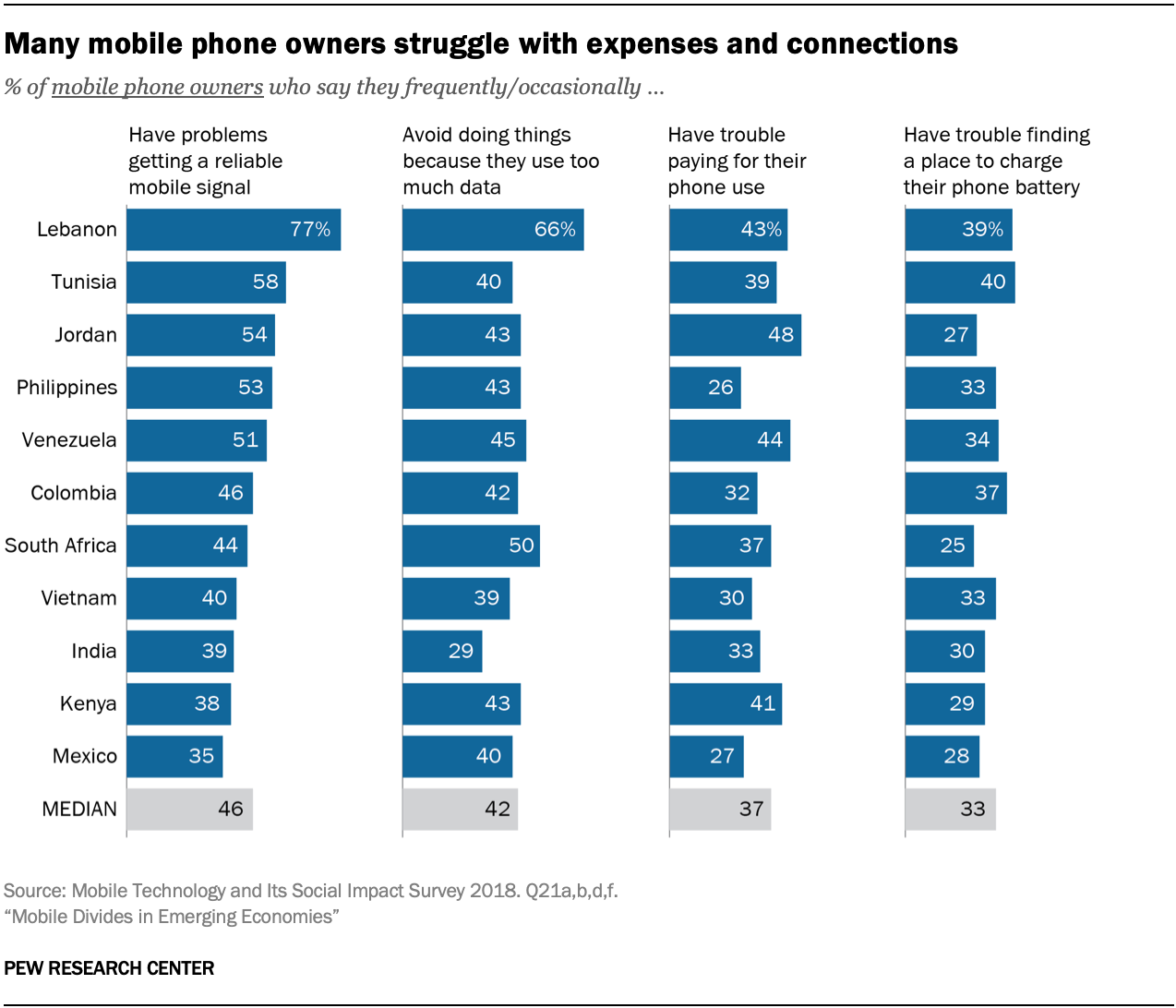 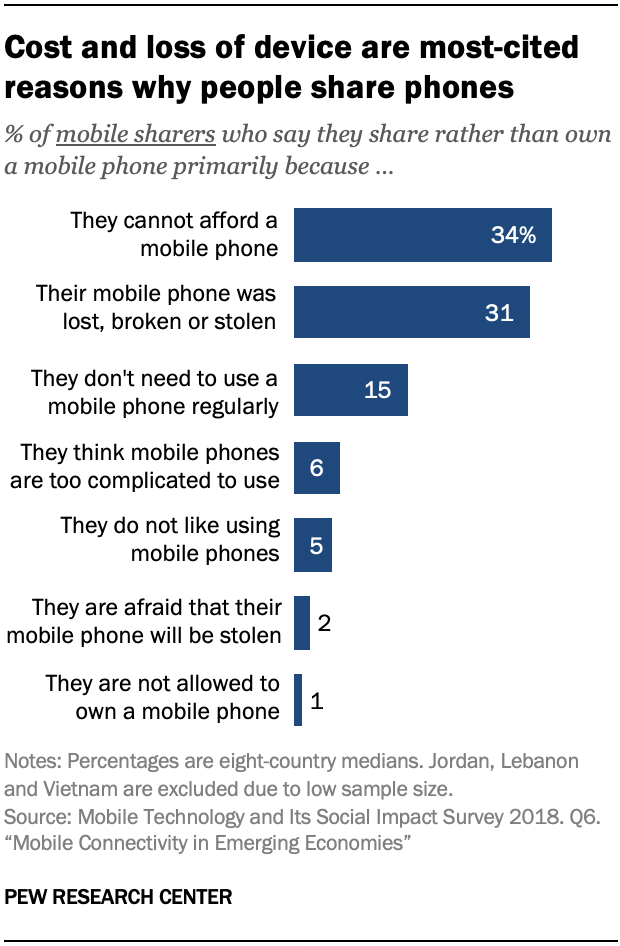 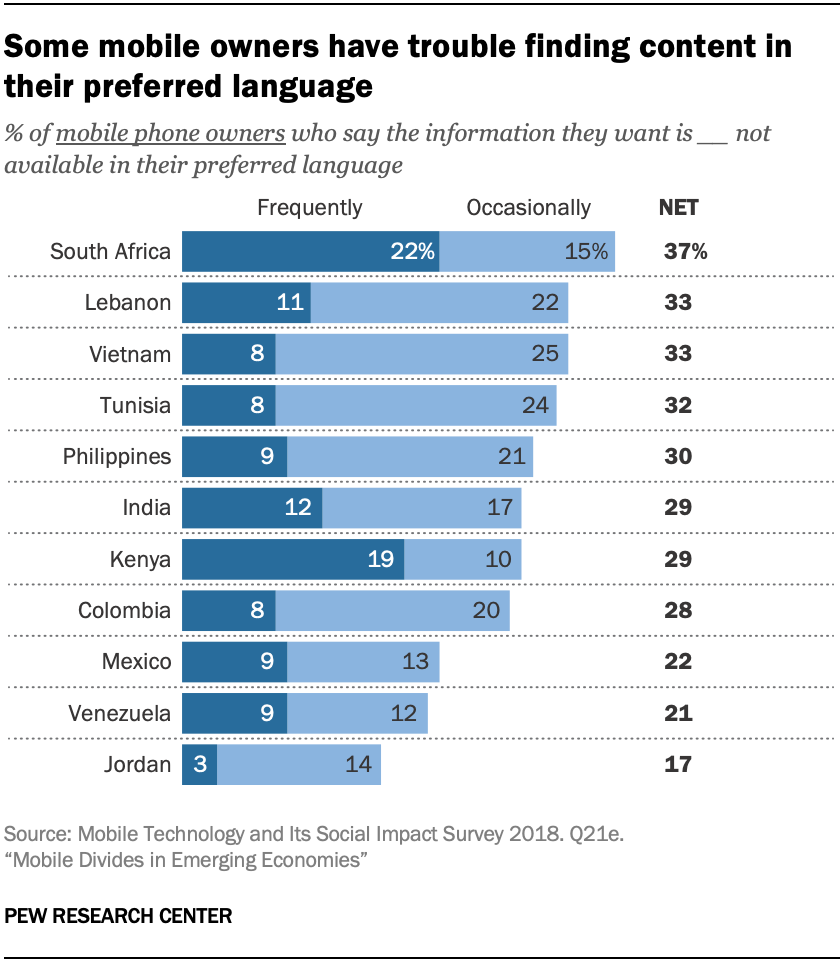 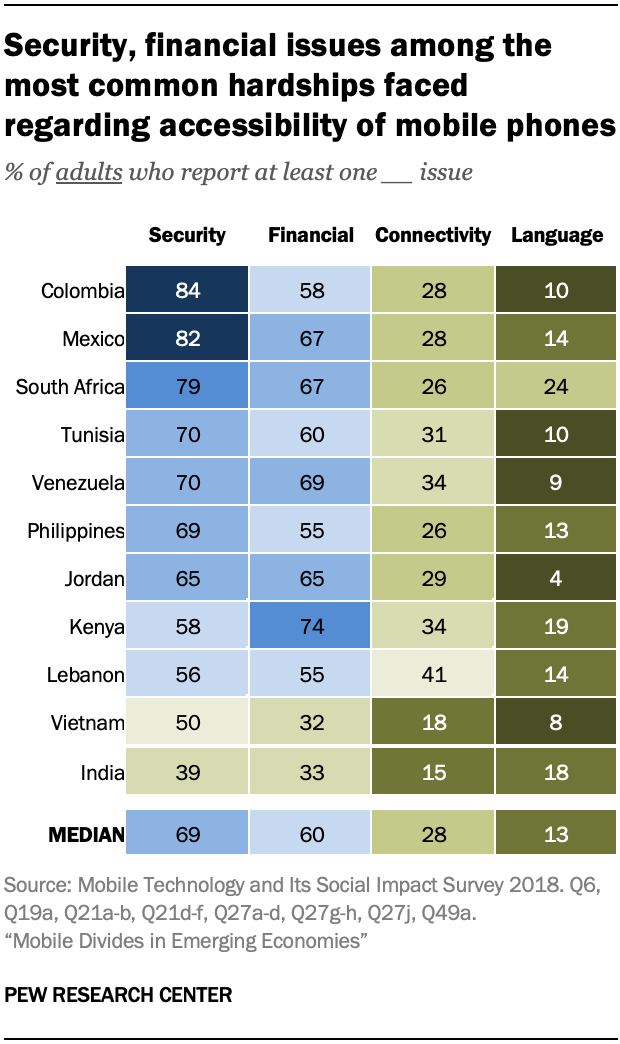 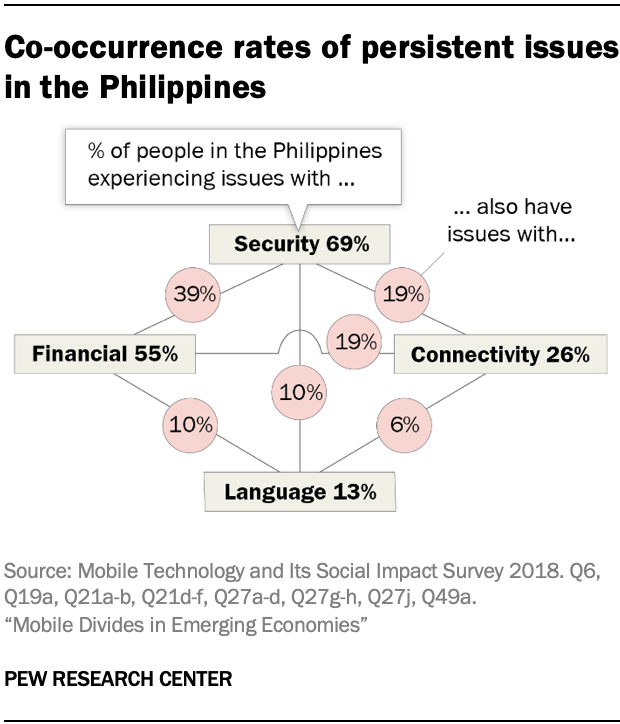 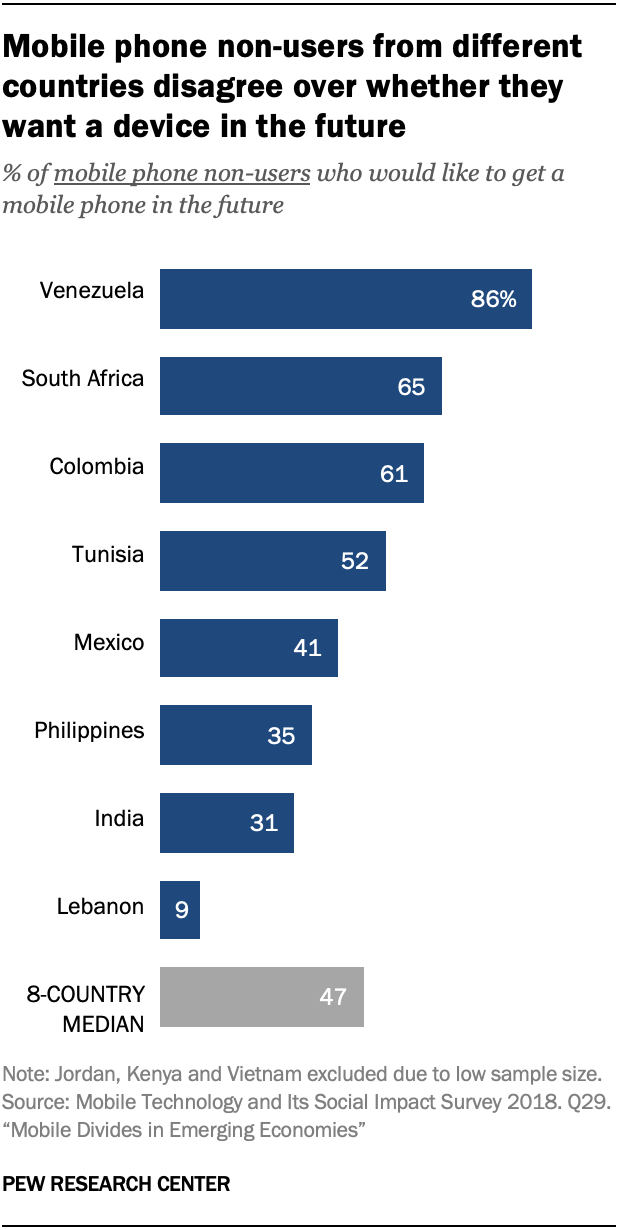 Mobile Divides in Emerging Economies
1. Non-mobile phone users: What hinders their access? 2. Phone sharers: What limits their mobile use? 3. Mobile owners: What they struggle to do 4. Obstacles to using phones Acknowledgments Methodology Appendix A: About the focus groups Appendix B: How the hardship scales were created and coded Appendix C: Co-occurrence rates for each country Appendix D: Older people, more affluent tend to have fewer hardships using mobile devices