A combination of landline and cellphone random-digit dial samples were used; both samples were provided by Survey Sampling International. Interviews were conducted in English and Spanish. Respondents in the landline sample were selected by randomly asking for the youngest adult male or female who was at home. Interviews in the cellphone sample were conducted with the person who answered the phone, if that person was 16 years of age or older. 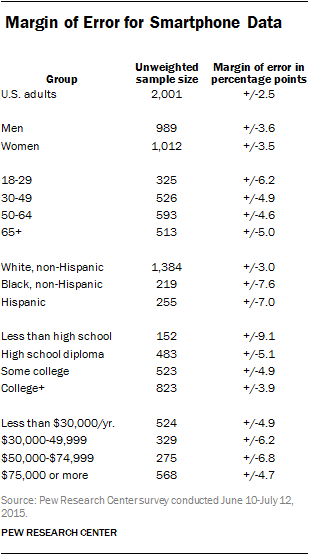 These tables show the unweighted sample sizes and the error attributable to sampling that would be expected at the 95% level of confidence for different groups in the survey: