This report is based on the findings of a survey on Americans’ use of the Internet. The results in this report are based on data from telephone interviews conducted by Princeton Survey Research Associates International from August 7 to September 16, 2013, among a sample of 1,801 adults, age 18 and older. Telephone interviews were conducted in English and Spanish by landline (901) and cellphone (900, including 482 without a landline phone). For results based on the total sample, one can say with 95% confidence that the error attributable to sampling is plus or minus 2.6 percentage points. For results based on Internet users (n=1,445), the margin of sampling error is plus or minus 2.9 percentage points. In addition to sampling error, question wording and practical difficulties in conducting telephone surveys may introduce some error or bias into the findings of opinion polls. 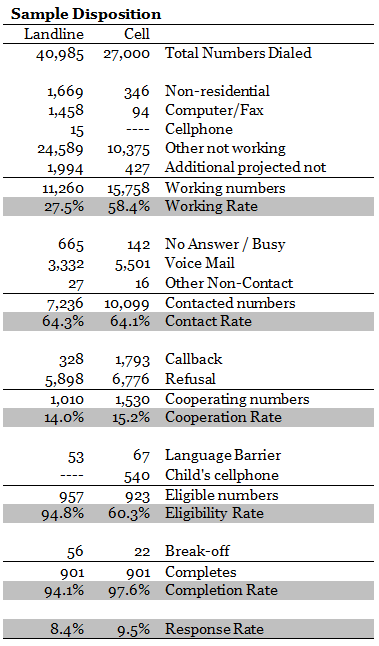 Cell Phone Activities 2013
Twitter Update 2011
Defining generations: Where Millennials end and Generation Z begins
Are you in the American middle class? Find out with our income calculator
25% in U.S. see at least some truth in conspiracy theory that COVID-19 was planned
Key things to know about election polling in the United States
Public’s Mood Turns Grim; Trump Trails Biden on Most Personal Traits, Major Issues