Almost three-quarters (74%) of smartphone users use their phones to get directions or recommendations based on their current location, up from 55% in May 2011. This works out to 41% of all adults (23% in May 2011).

This was the second time the Pew Internet Project has asked about general location-based services, which can range from GPS-enabled map services to reviews of nearby attractions using an app or a browser. 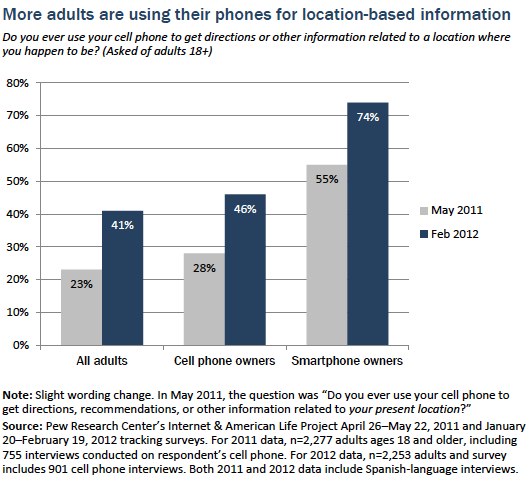 In general, these patterns of usage are very similar to what they were in May 2011, as shown in the following table. 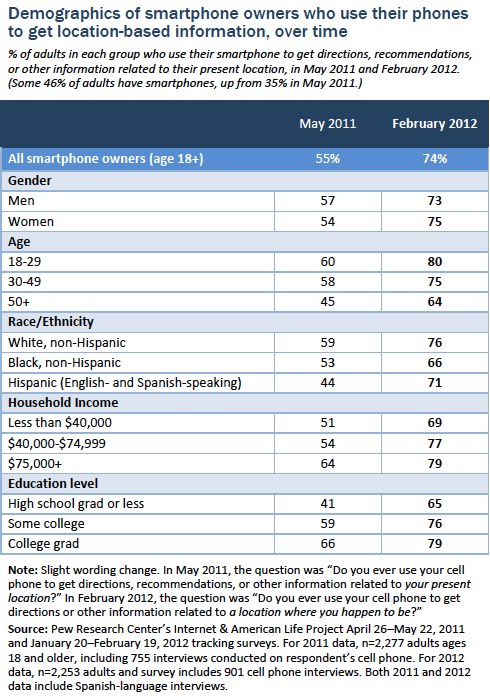 Slightly more recent data from April 2012 shows that 65% of smartphone owners say they have used their phone to get turn-by-turn navigation or directions while driving, with 15% doing so on a typical day. Additionally, in the past 30 days a third (33%) of smartphone owners have used their phone for up-to-the-minute traffic or public transit information to find the fastest way to get somewhere. More information about how Americans are using their phones for a variety of real-time activities is available in our recent report, “Just-in-time Information through Mobile Connections.”4