The number of online adults to use classified ads websites, such as Craigslist, has more than doubled since 2005.

On any given day about a tenth of internet users (9%) visit online classified sites, up from 4% in 2005. 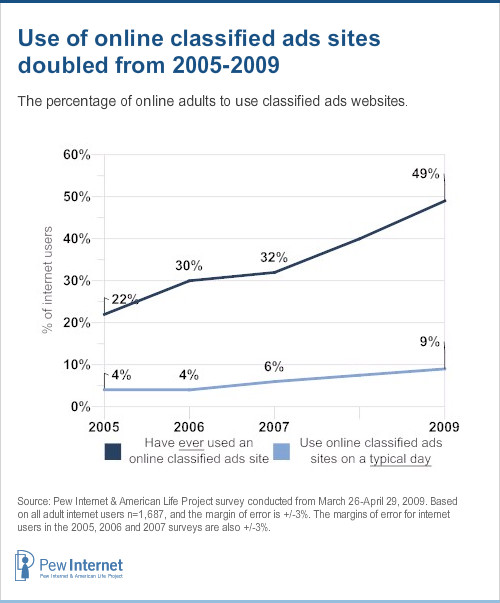 These are the main findings of an April 2009 survey by the Pew Research Center’s Internet & American Life Project survey. They highlight the growing importance of such sites to internet users and reflect the changes in the audience for classified ads – both those who place them and those who make purchases – that have devastated a key revenue source for traditional newspapers. 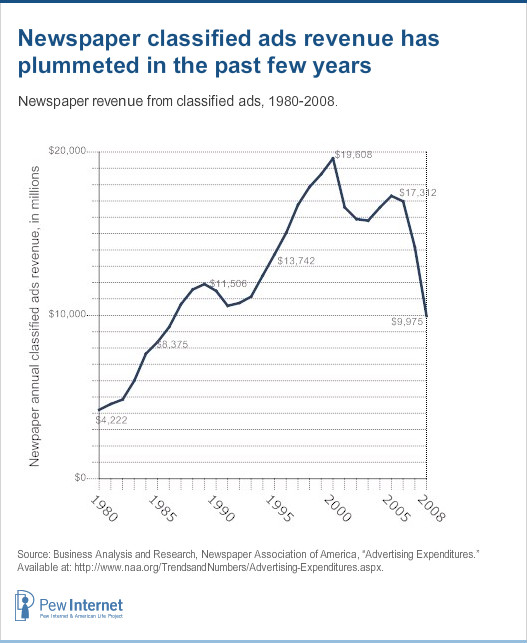 In the world of online classified advertising, Craigslist is by far the most used website in the United States. In March 2009, classified sites averaged 53.8 million unique visitors, up 7% from February.1 Craigslist had 42.2 million unique visitors in the month of March.2 The free, no-frills, user-generated and self-policing classified ads site has grown tremendously since its start in 1996 in San Francisco. As of April 2009, Craigslist had established itself in over 500 cities across 50 different countries.3 Some other online classified sites include Gumtree (primarily UK) and Kijiji (worldwide).

Classified ads sites are a one-stop-“shop” for everything from jobs to apartments to furniture to movers to puppies. However, users don’t buy anything directly on classified websites – they use the sites to set up meetings, and transactions are conducted in person or by mail – a characteristic which separates online classifieds from auction or shopping websites like eBay and Amazon.

Age is a significant factor in online classifieds use.

On a typical day, 18-44 year old internet users are also slightly more likely than online adults 55 and older to use classified sites. 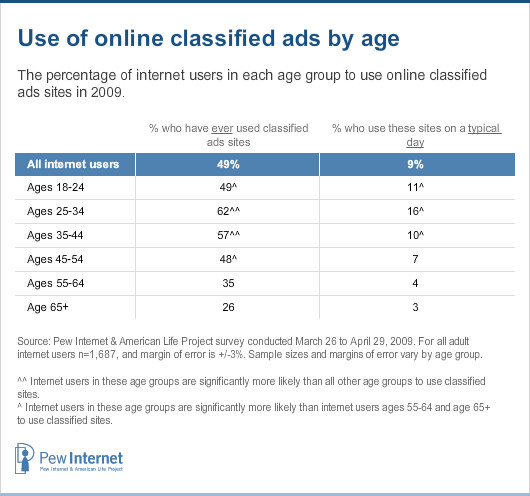 College graduates and higher income-earners as well as urban and suburban internet users are more likely than their counterparts to use online classified ads.

Online adults living in households with incomes of $50,000 or more a year are significantly more likely than lower earners to visit and use classified ads sites. More than half (56%) of higher income internet users use sites like Craigslist, compared with 47% of those making $30,000-$49,999 and 42% of those making less than $30,000 a year.  In addition, online adults making $50,000 or more are more than twice as likely as those earning less than $30,000 a year to use online classified ads on a typical day.

While women and men are equally likely to visit online classified ads sites, men (12%) are slightly more likely than women (7%) to use these sites on a typical day. 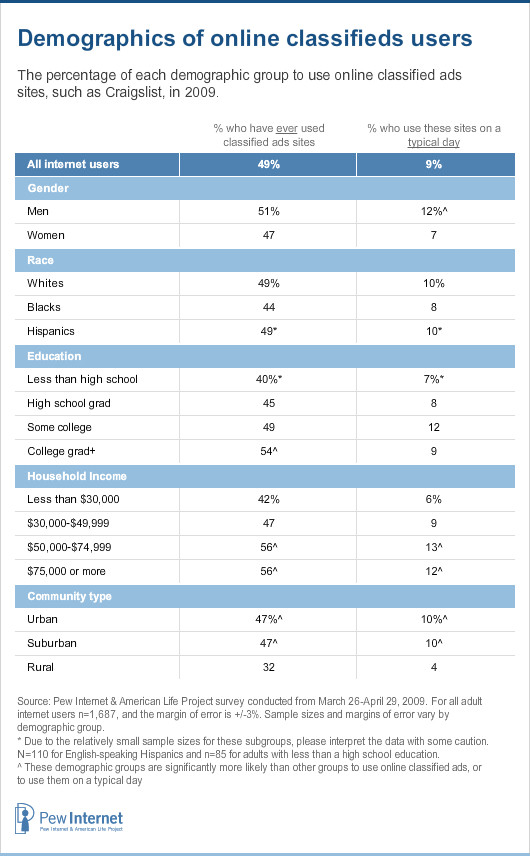 Demographics of classified ad users have changed little over time, though younger age groups grew even more likely than older groups to use classified ad websites. 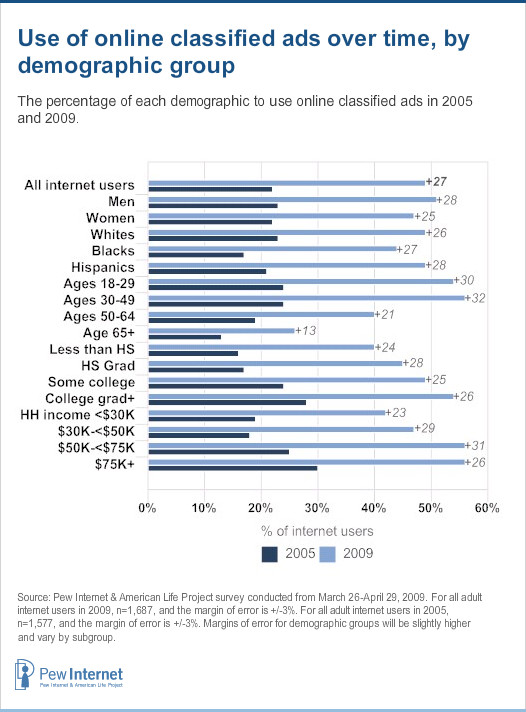