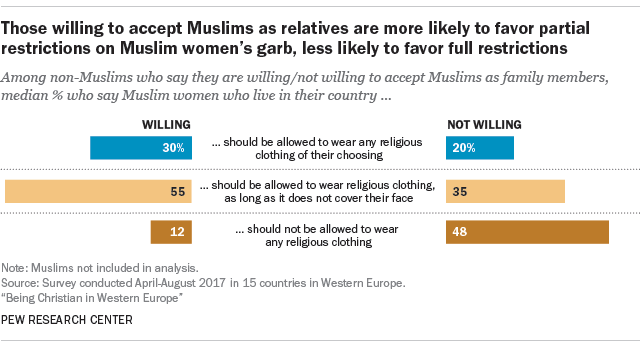 Women in many countries face harassment for clothing deemed too religious – or too secular
5 facts about religion in Canada
Europe experienced a surge in government restrictions on religious activity over the last decade
10 key findings about religion in Western Europe
Muslims and Islam: Key findings in the U.S. and around the world