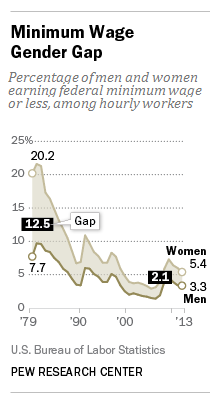 In 2012, women’s hourly wages were 84% those of men – meaning that women earned about 84 cents for every $1 made by men, a gender pay gap of 16 cents, according to a Pew Research Center report.

What is the gender wage gap in your metropolitan area? Find out with our pay gap calculator